D. bullata is said to differ from this species in having a broader rhizome with scales that are pale edged from base to tip, not darkened towards the tip. However, these two species are doubtfully distinct and are here considered together. 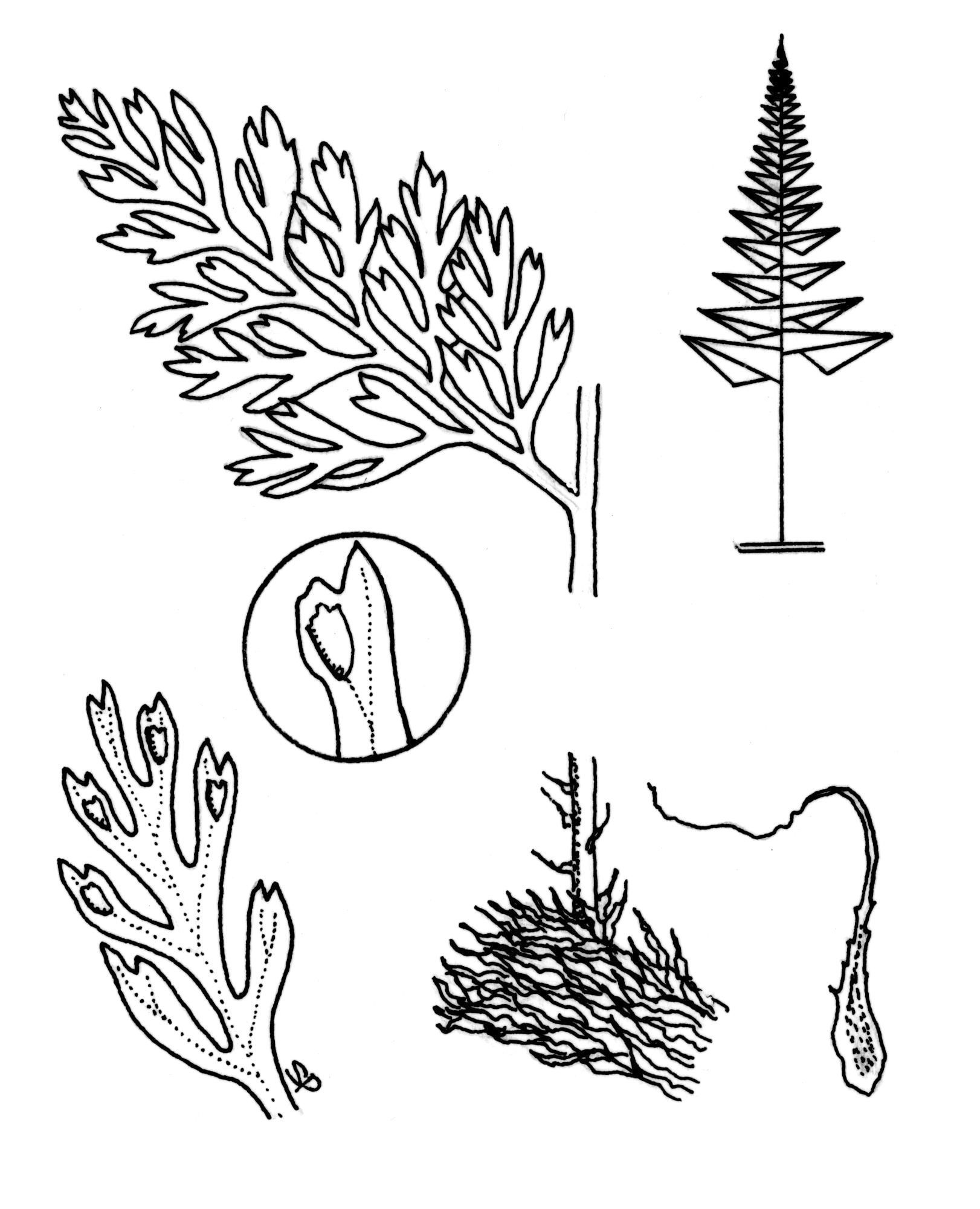