Rhizome to 1.5 cm thick; scales spreading, red-brown, mostly with a broad base and long hairlike tip. Fronds broadly triangular in outline, divided 3 or occasionally 4 times. Blade mostly to 40 cm long but sometimes much more. Ultimate segments with false and true veins forming striations, the true veins extending to the margin. Indusia one or more on each segment and generally flanked at each side with a tooth.

Davallia divaricata Blume from Asia and Malaysia is occasionally cultivated, it is similar but distinguished by the absence of false veins and the presence of distinctive reddish stalks and branch axes. 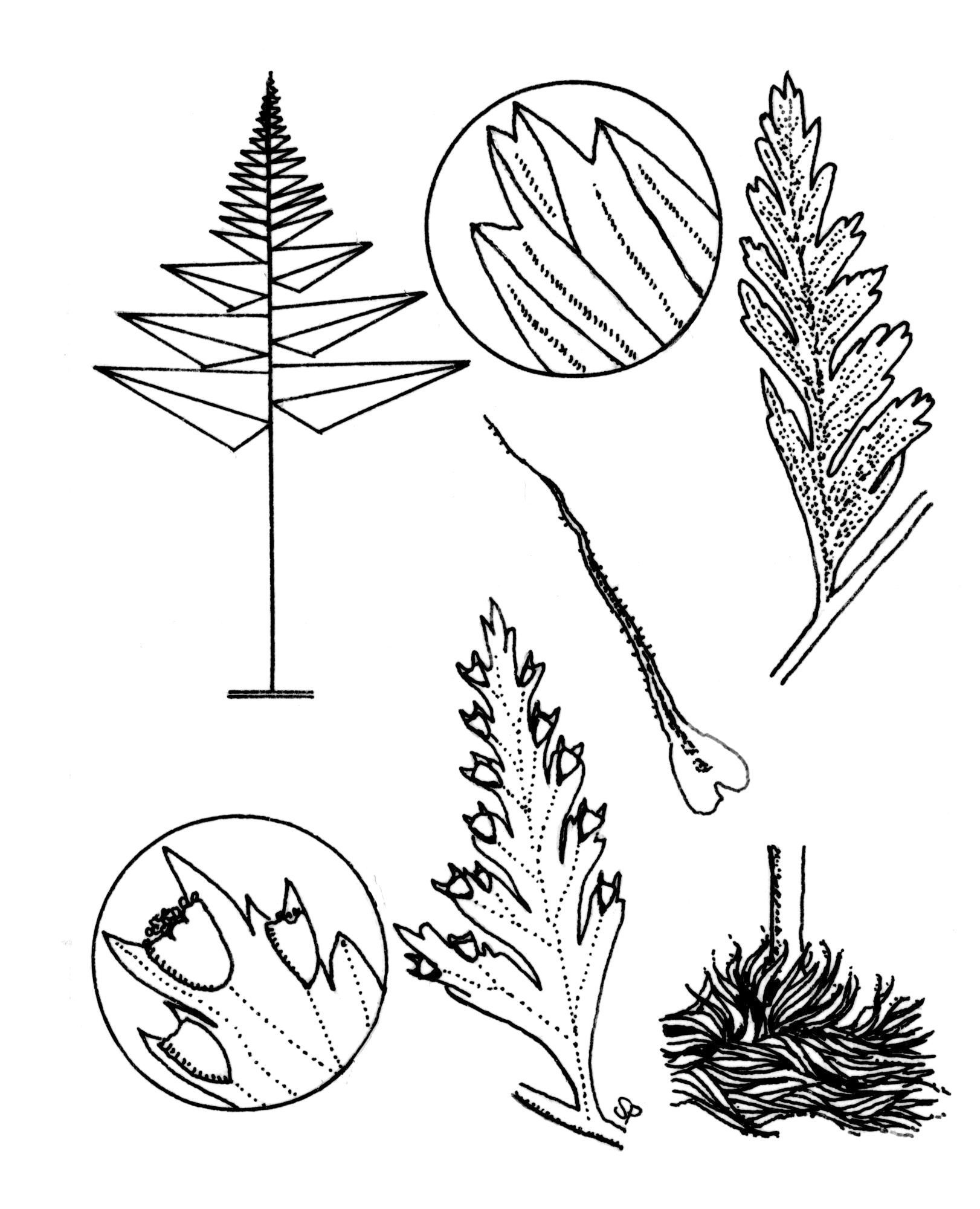