Long fronds with a single plantlet at the tip.

Woodwardia unigemmata (Makino) Nakai from Japan, Taiwan, China and the Philippines and occasionally available, is very similar but the frond branches are widely separated. 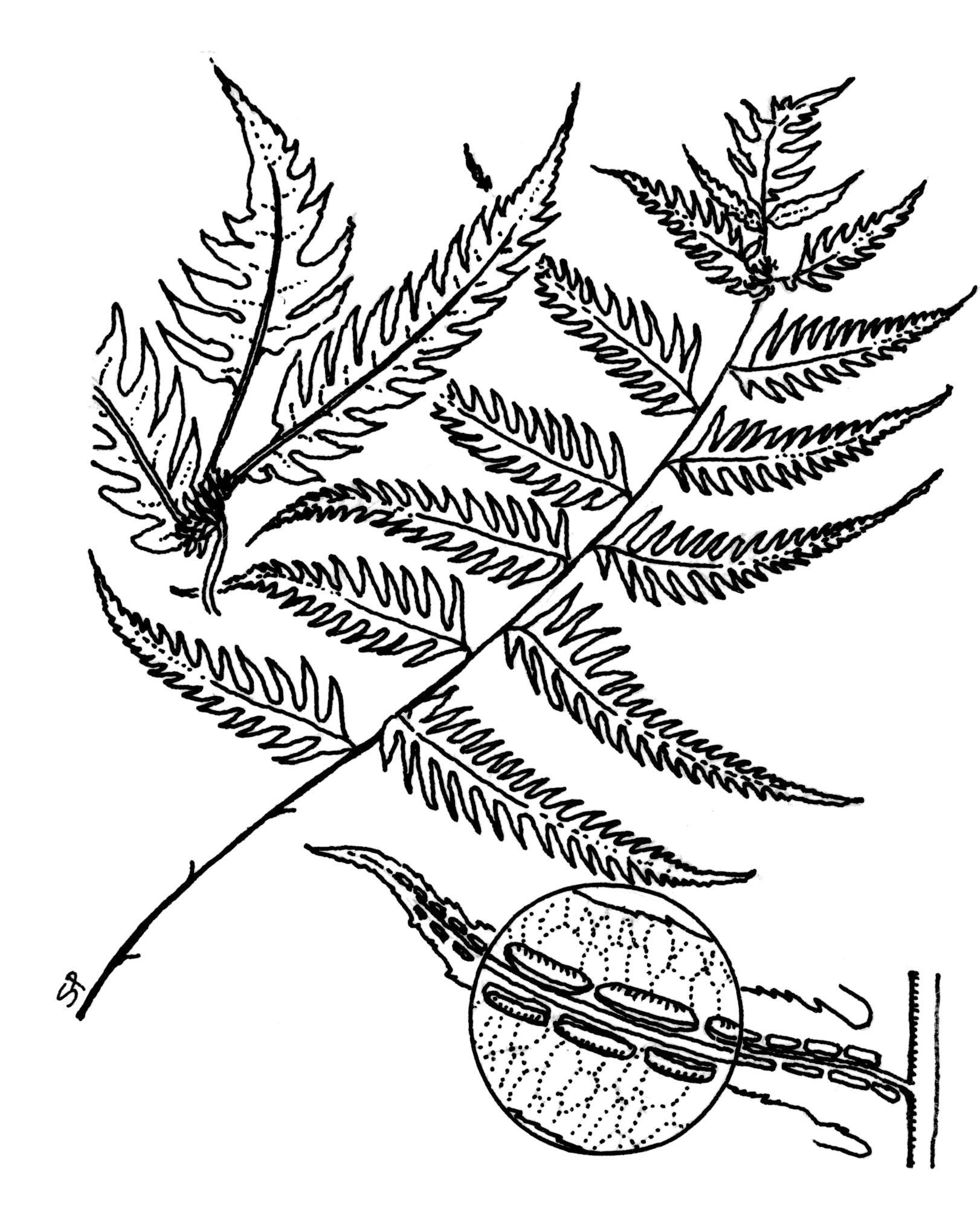