Rhizome erect. Fronds divided twice, 1-2 m long, no single large bud developing but sometimes numerous plantlets arising over the upper surface. Segments on upper side longer than those on the lower. Stalks with large, reddish-brown scales at the base. 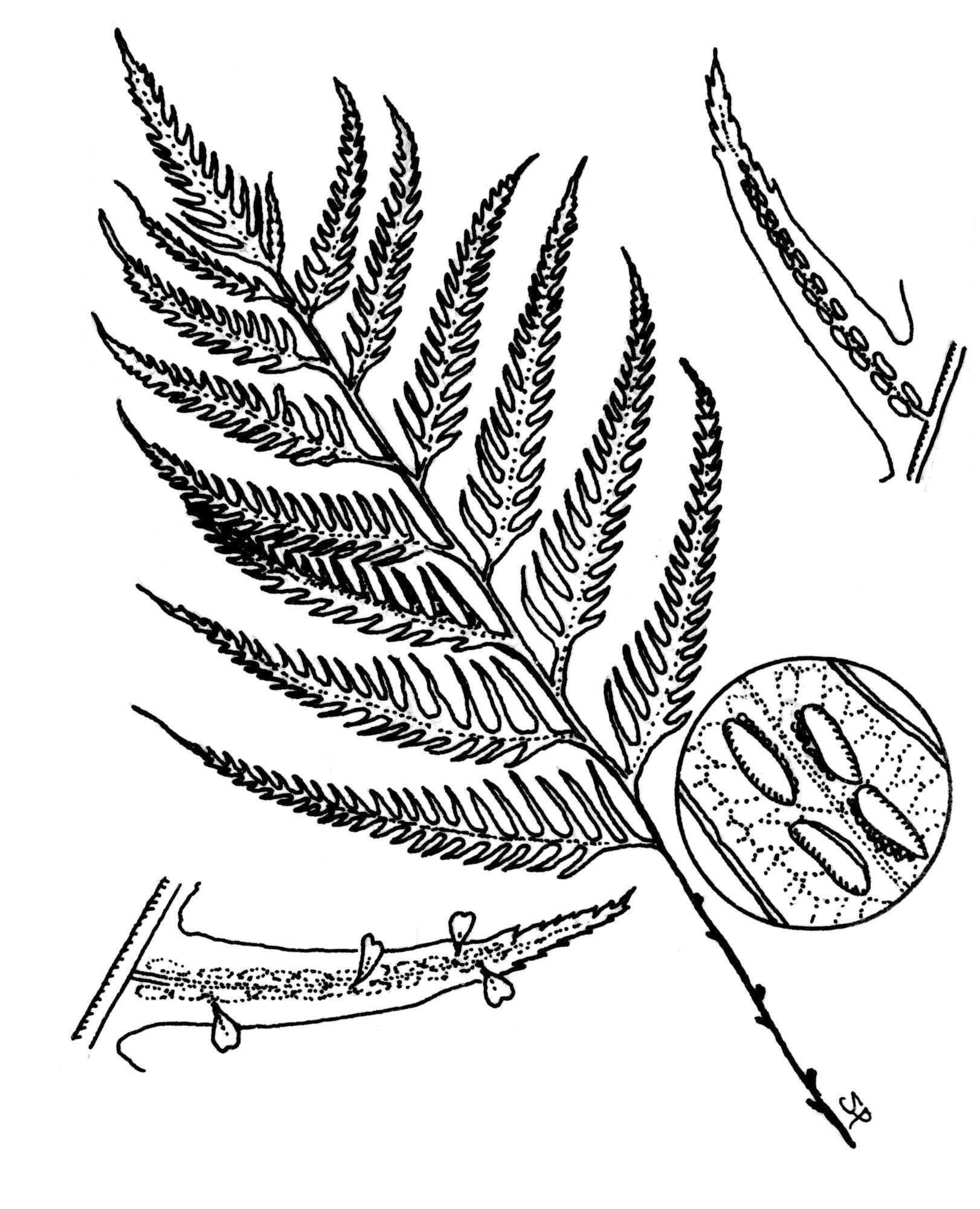