Sterile and fertile fronds similar; at least a few of the upper segments fused to the axis at the base. 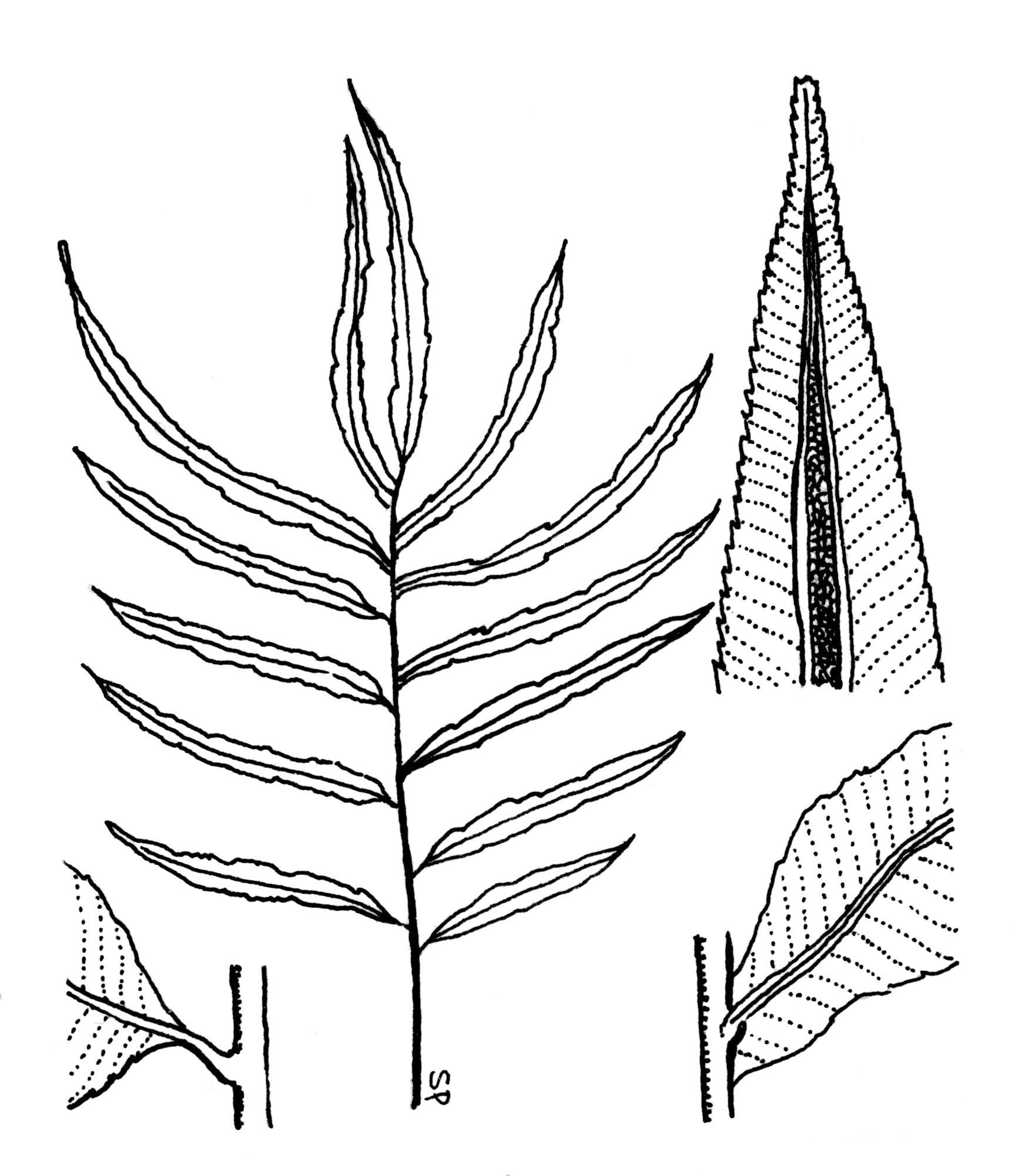