Rhizome erect, short-creeping. Sterile and fertile fronds different. Sterile fronds elliptic to triangular in outline, to 40 cm long, rough, hairy below. Segments in middle or below the longest, mostly 3-6 cm long, basal pair arching downwards and cut to the midrib at the base on the lowermost side; margins wavy, minutely toothed. Fertile fronds about as long as the sterile ones. Stalk bases rough and long-scaly.

Stalk with long basal scales; basal frond segments arching downwards and with a flange cut to the midrib from the base at the join with the axis, the flange often covering the midrib. 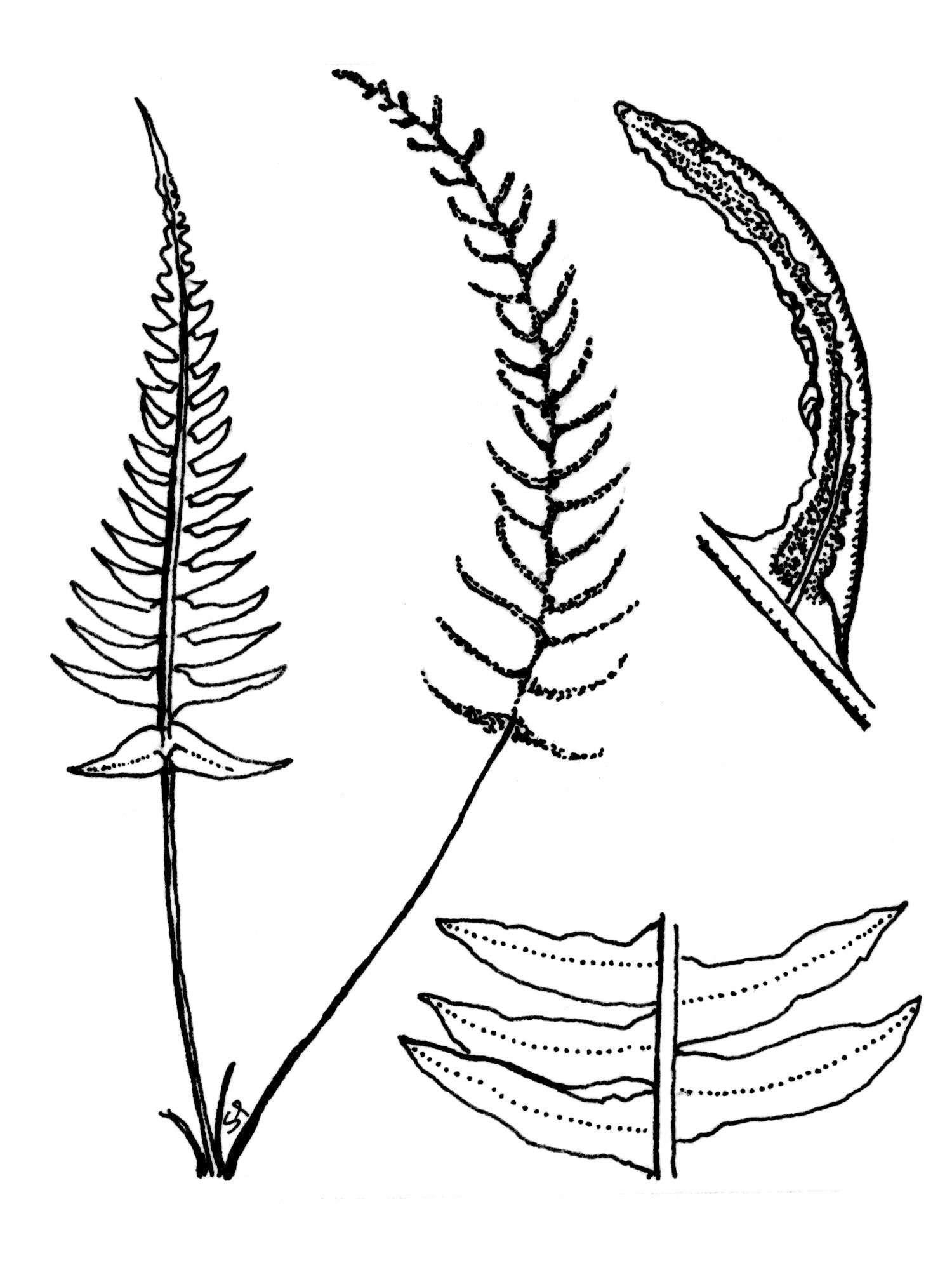