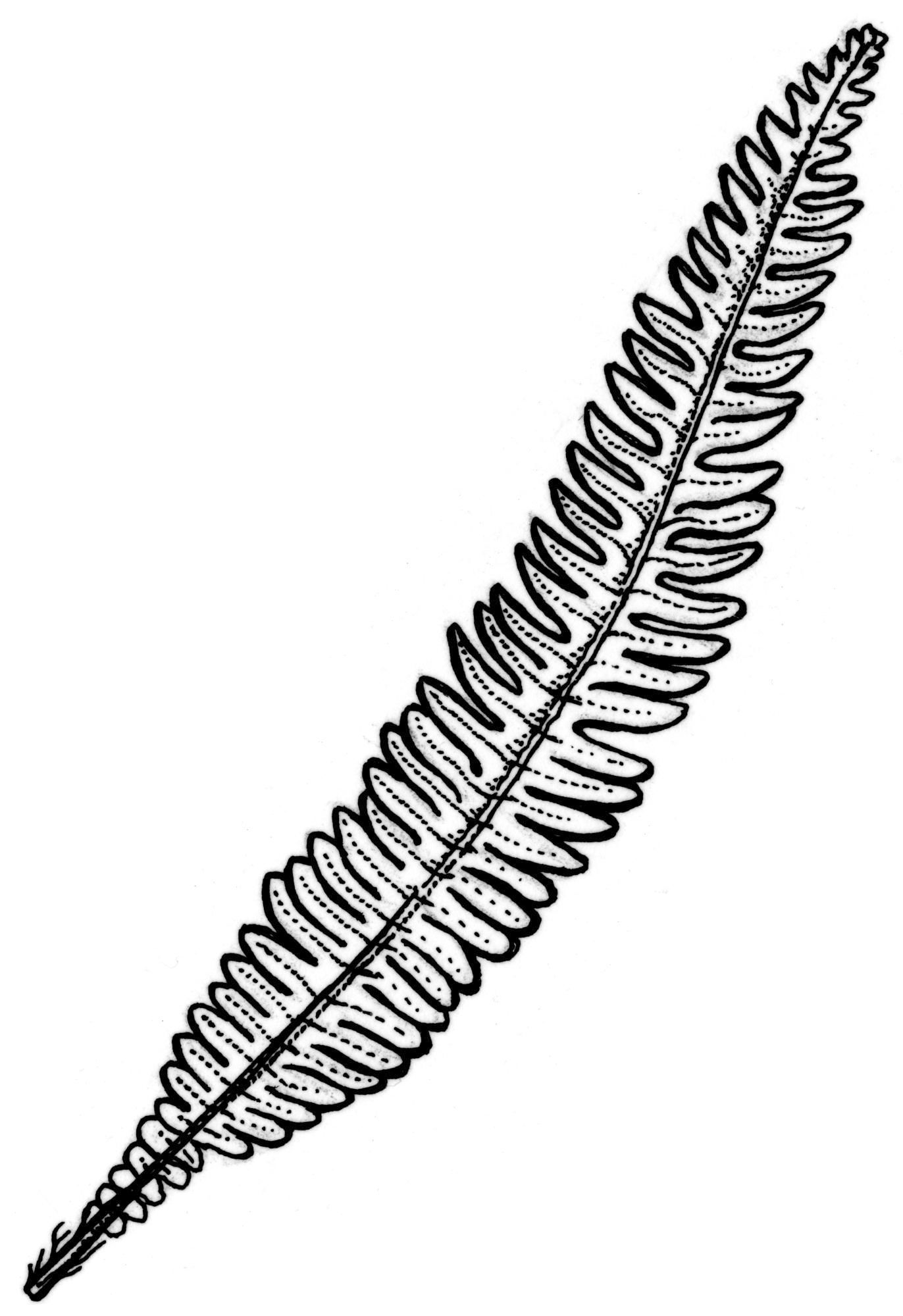 Fronds crested at the tips of the segments. Origin Unknown.