Rhizomes creeping, with short trunks. Sterile and fertile fronds different. Sterile fronds to 1 m long, narrowly elliptic in outline, leathery, the segments fused along the base, margins entire. Fertile blades longer than sterile ones and with the fertile segments in the upper part. Stalks black, glossy, scaly at the base.

Fertile blades with a distinct transition to sterile segments at the base of the frond. 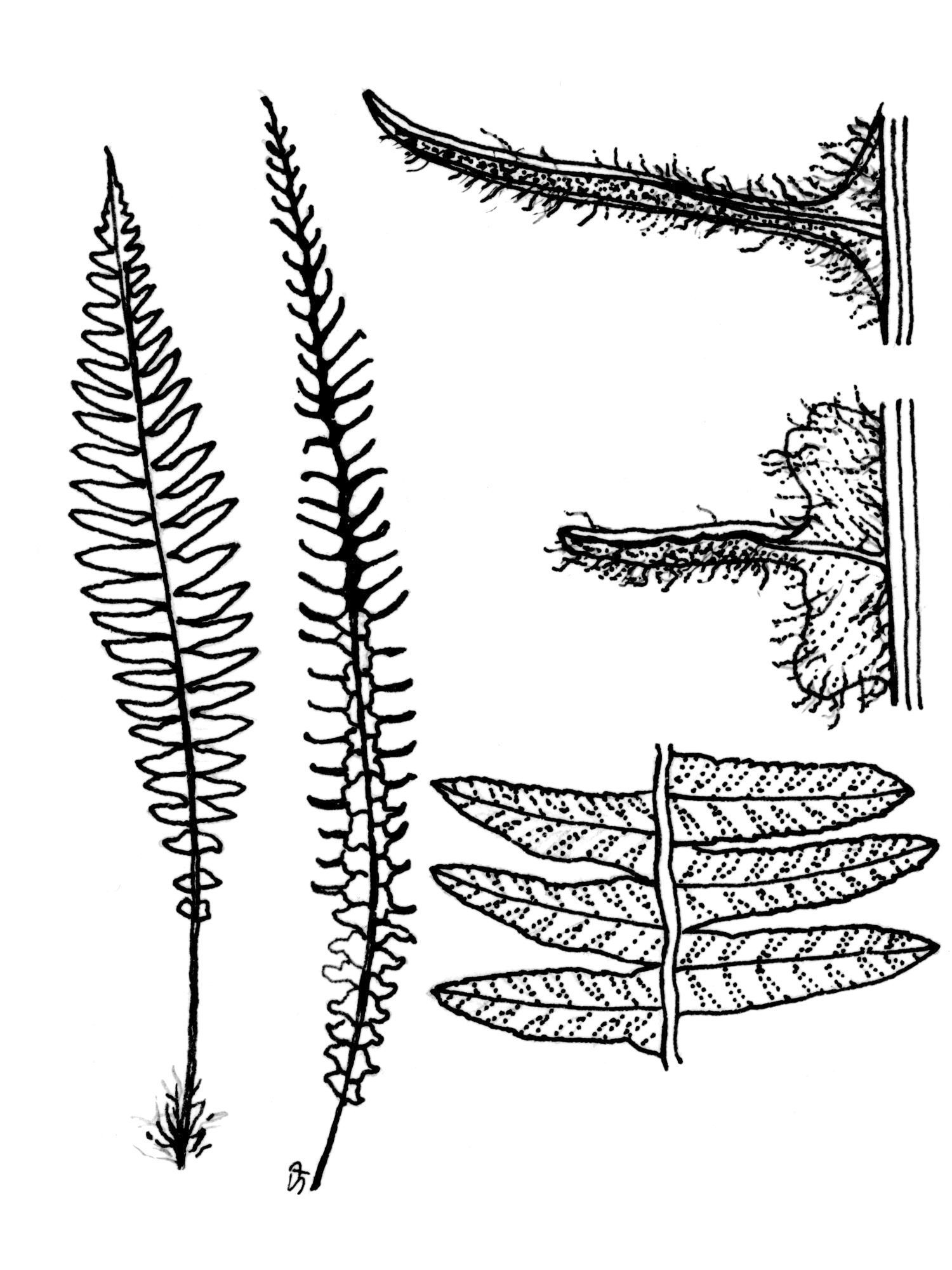