Evergreen trees and shrubs. Leaves simple, alternate, entire, leathery, aromatic, with translucent dots, undersurface often strongly waxy blue; stipules absent. Flowers bisexual or unisexual (sexes mostly on the same plants but often with functionally separate males and females), axillary or terminal, in clusters or occasionally solitary. Sepals and petals similar, free or united; sepals forming a lid, being fused edge-to-edge at first but soon splitting; petals 2-many, free or outer ones fused at the base, folding over one another. Stamens 3-many, free, short, the anthers opening inwards. Carpels 1-many, free or partly joined, stalked and appearing longitudinally folded. Ovary superior. Fruit a capsule, follicle or cluster of berries.

A southern hemisphere family that probably formed part of the Gondwanan rainforest, dominated by Nothofagus and Podocarpus, that extended from present day Australia and S Pacific Islands through Antarctica to S America until about 50 million years ago. This family, like the gymnosperms, lacks woody tissue with vessels and this, together with the primitive floral structures and other characters, is cited as evidence that it is among the most ancient of flowering plant families. In Australia the genus Tasmannia (formerly placed in Drimys) has 6 species with a natural distribution extending along the east coast including Tasmania. Tasmannia lanceolata is occasionally cultivated while the genus Bubbia, with 3 species is tropical and subtropical and not cultivated in SE Australia.

7-8 genera and about 65 species. An essentially southern hemisphere family of montane and cool-temperate rainforest in the S Pacific islands and continents (S &C America, Madagascar, E Australia including Tasmania, New Zealand and islands to the north). Australia has 8 species in 2 genera.

Key to the genera of Winteraceae 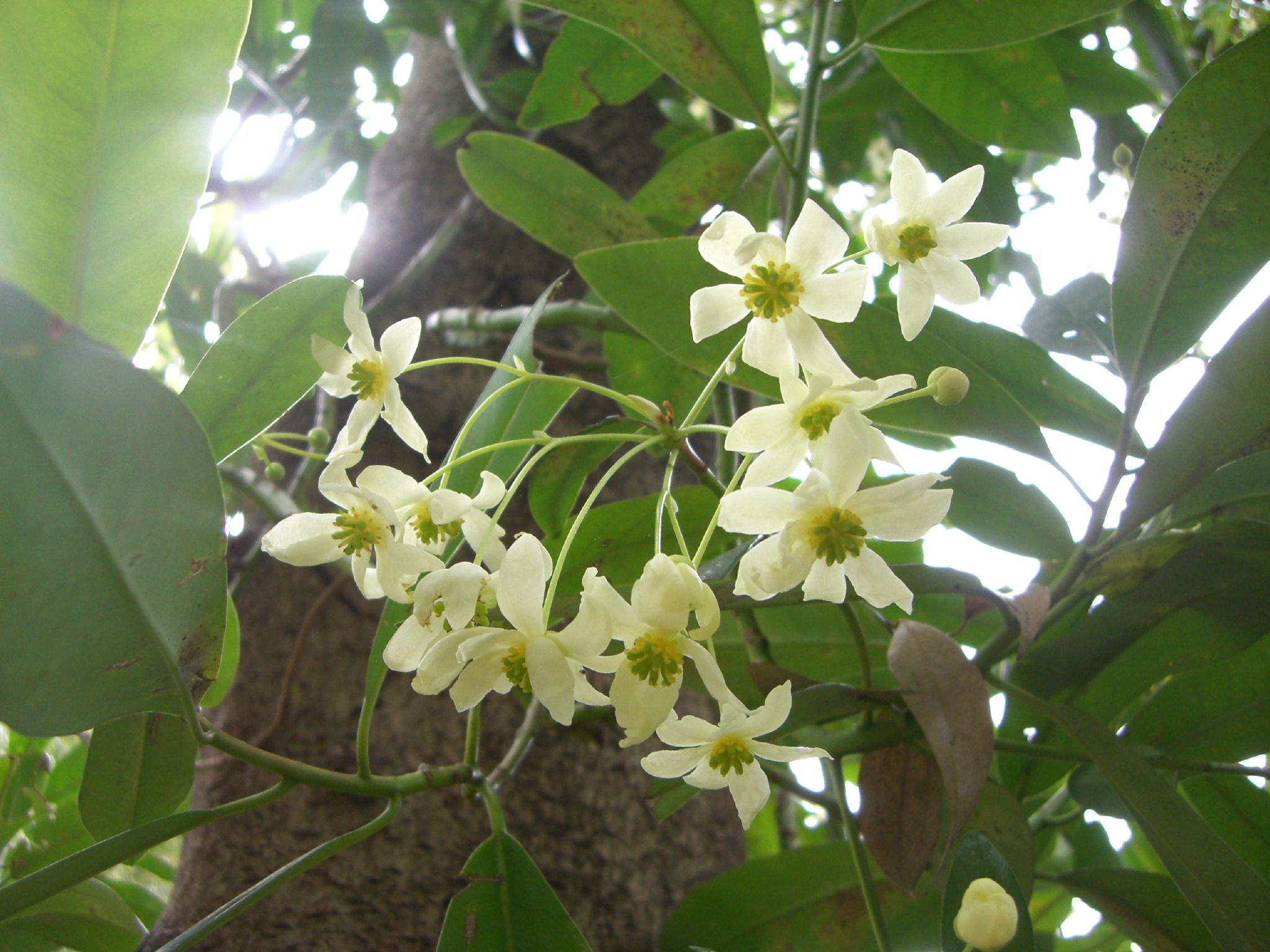