A Himalayan and Chinese timber tree.

Leaves pale waxy bluish-white below, simlar to those of Avocado, Persea americana, but the stalks are swollen and have stipular scars. 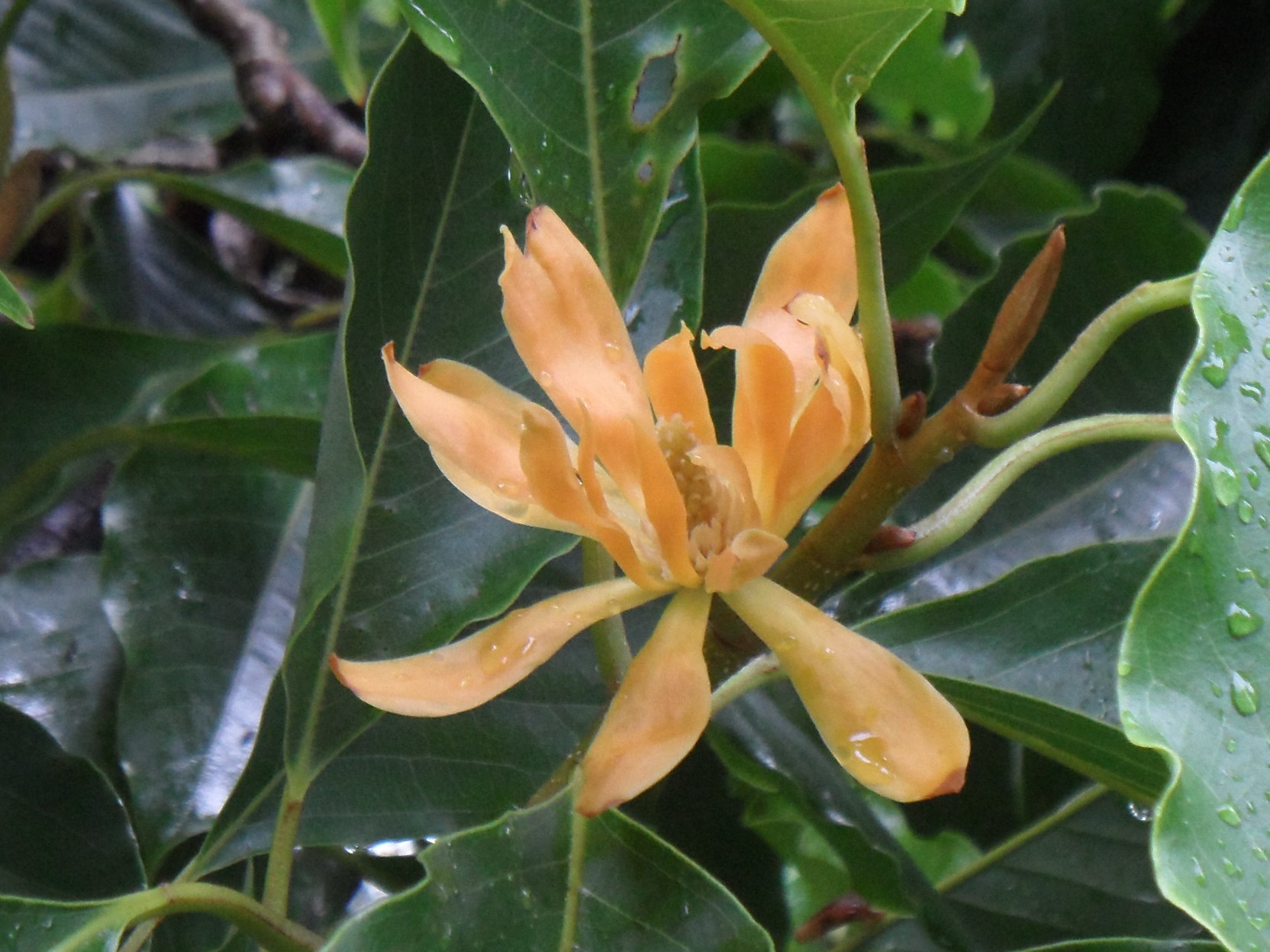 A slightly larger-flowered grafted variant also with larger leaves and flowers that are produced in abundance on young plants; segments about 20–30.