Mostly medium to large terrestrial or swamp ferns, occasionally climbing. Rhizome mostly creeping but sometimes short and erect; scales few. Sterile and fertile fronds usually similar. Fronds divided 1-several times, the branches decreasing in size towards the base of the blade: there is generally a groove on the upper surface of the main axis discontinuous at the junction with side-branches; veins either all free or with small veins from adjacent lobes fusing and running to the margin. Sori round or occasionally elongated. Indusium kidney-shaped to oblong or rarely absent.

From 1 - 32 genera depending on the botanical authority: here a broad understanding of the family includes 28 genera with c. 1000 species mostly from the tropics (10 genera with c. 22 species in Australia).

Family determination is difficult, being based on the technical characters of conducting tissue at the base of the stalk in two strands fusing to a 'U' shape (in section) higher up, the presence of pointed unicellular hairs on the upper surfaces of at least the main axes with a groove.

Key to the genera of Thelypteridaceae 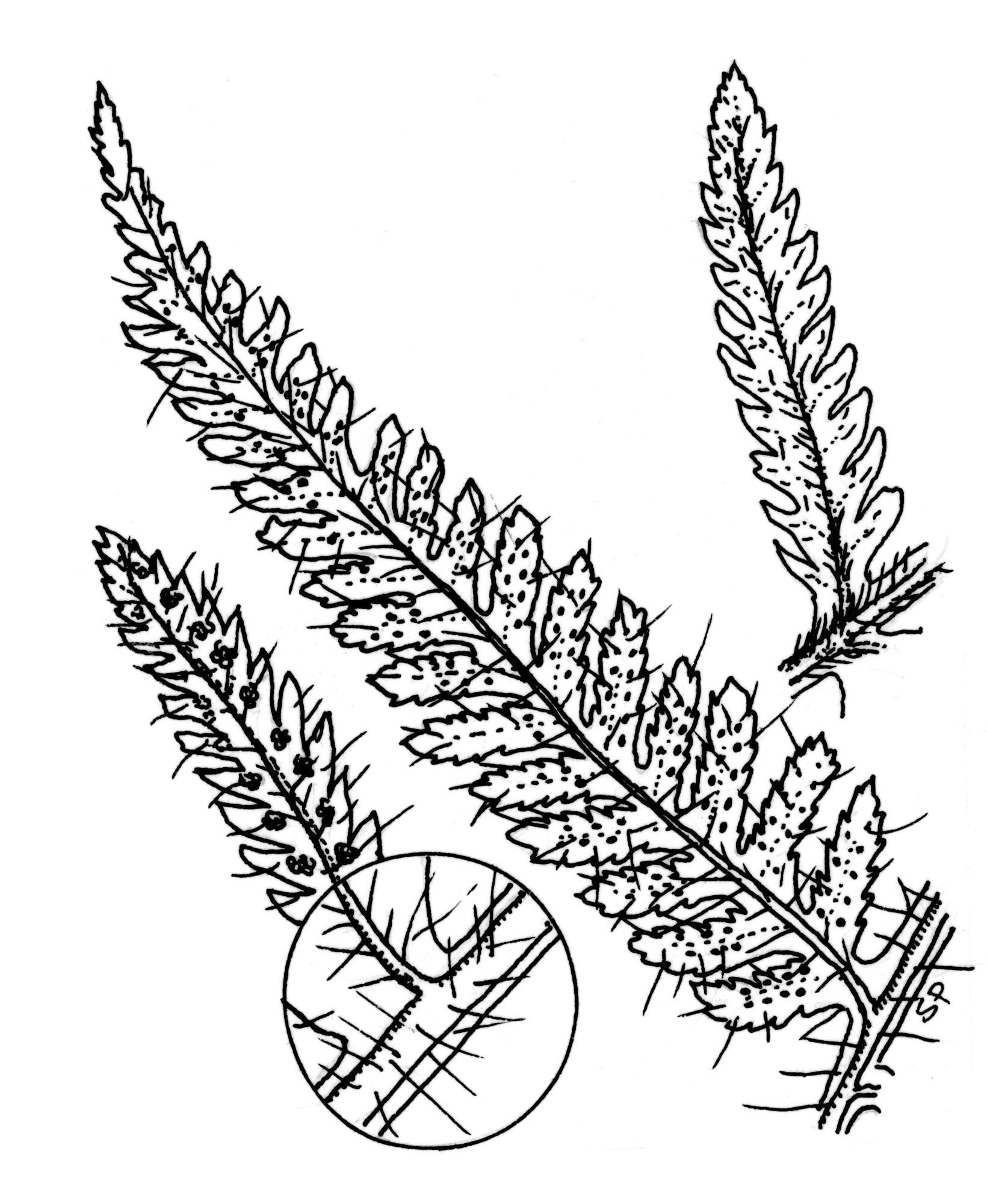