Rhizome erect with a short trunk, scales large, brown, more or less toothless. Sterile and fertile fronds similar. Fronds to over 1 m long, divided twice, in clusters, arching, mostly thick, dark green and glossy above. Stalk scaly. Blade more or less ovate in outline. Segments with midrib at the base, jointed; veins free. Sori elongated, at the end of veins near the upper margin. Indusia long, narrow, on either side of vein and opening outwards, appearing double.

Recent accounts place Didymochlaena in the Dryopteridaceae because of the elongated indusium attached in the centre. From 1 to 4 species are recognised but the genus should be revised to determine whether segregation into 4 species is warranted.

1-4 species throughout the tropics. 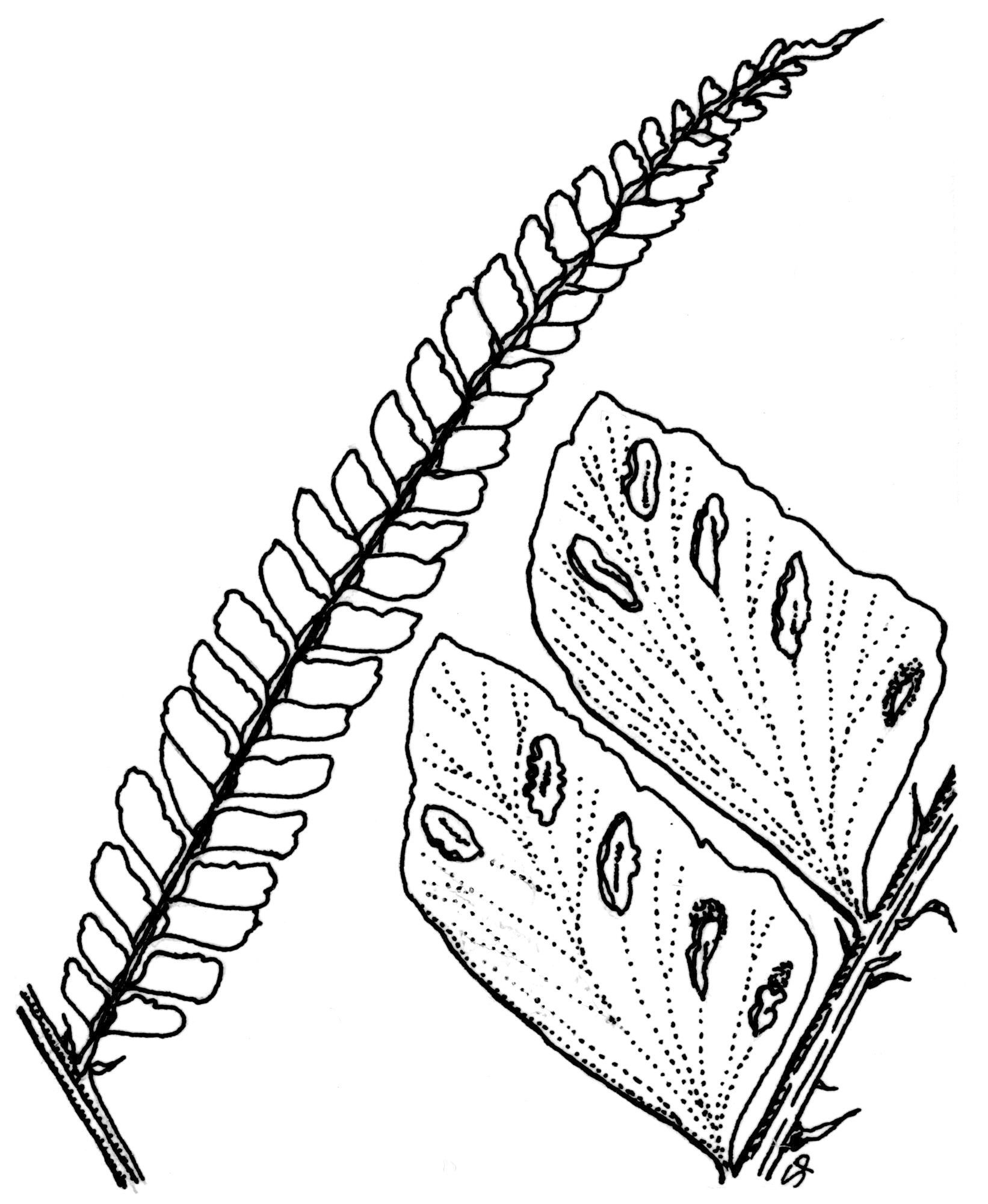