Seed dispersal is by mammals or birds. Taxus is adapted to seed dispersal by birds having a stalk (aril) that becomes sweet and red when the seeds ripen: all other parts of the plant contain the toxic alkaloid taxine.

Sometimes classified as a separate order within the conifers (Taxales, taxads) because of the seed position, little resin and other characters.

Most species grow in humus-rich, low-lying sites that are not exposed to summer heat and dryness.

The genus Torreya has hard, pungently pointed leaves and is rarely cultivated in south-eastern Australia. Torreya nucifera Siebold & Zucc. is occasionally offered in the trade; it may be seen in New South Wales at the Royal Botanic Gardens, Sydney and the Mt Tomah Bot. Gds.

4 genera and c. 20 species mostly from moist forests of the Northern Hemisphere from subarctic Eurasia & North America to tropical C America and SE Asia. Austrotaxus which is endemic to New Caledonia is the only genus in the Southern Hemisphere and rarely cultivated. 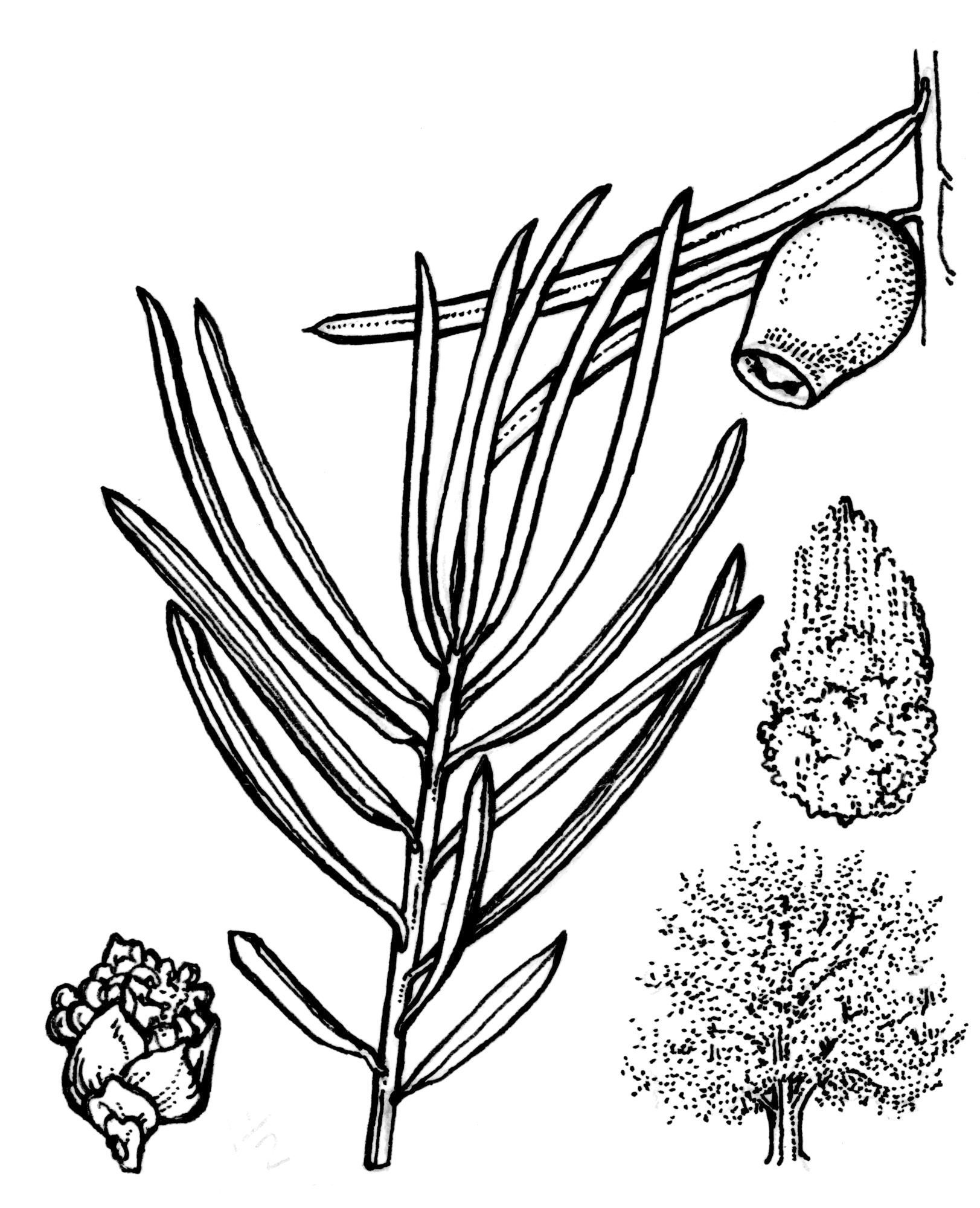