Heimia salicifolia (HBK) Link from S America is a shrub that is occasionally cultivated; it has linear-lanceolate leaves to about 7 cm long and yellow flowers with petals about 2 cm long. Lythrum salicaria L., Purple Loosestrife, a cosmopolitan species is a herbaceous perennial that is present in moist parts of SA, Qld, Vic and Tas., but is of uncertain origin status. L. virgatum L. from N America is similar and has weed potential; it has leaves that are narrowed, not cordate, at the base and it is available as the cultivar, 'Rose Queen', which has clear deep violet-pink flowers.

Opposite, usually entire leaves; hypanthium commonly ribbed, epicalyx commonly present; flowers with 4–6 petals and sepals; stamens twice as many as sepals and petals, the petals often crinkled with a narrow claw and borne on a large calyx tube with the stamens attached at different levels.

31 genera with about 650 species, mostly tropical but a few temperate species; 8 genera and c. 24 species in Australia.

Key to the genera of Lythraceae 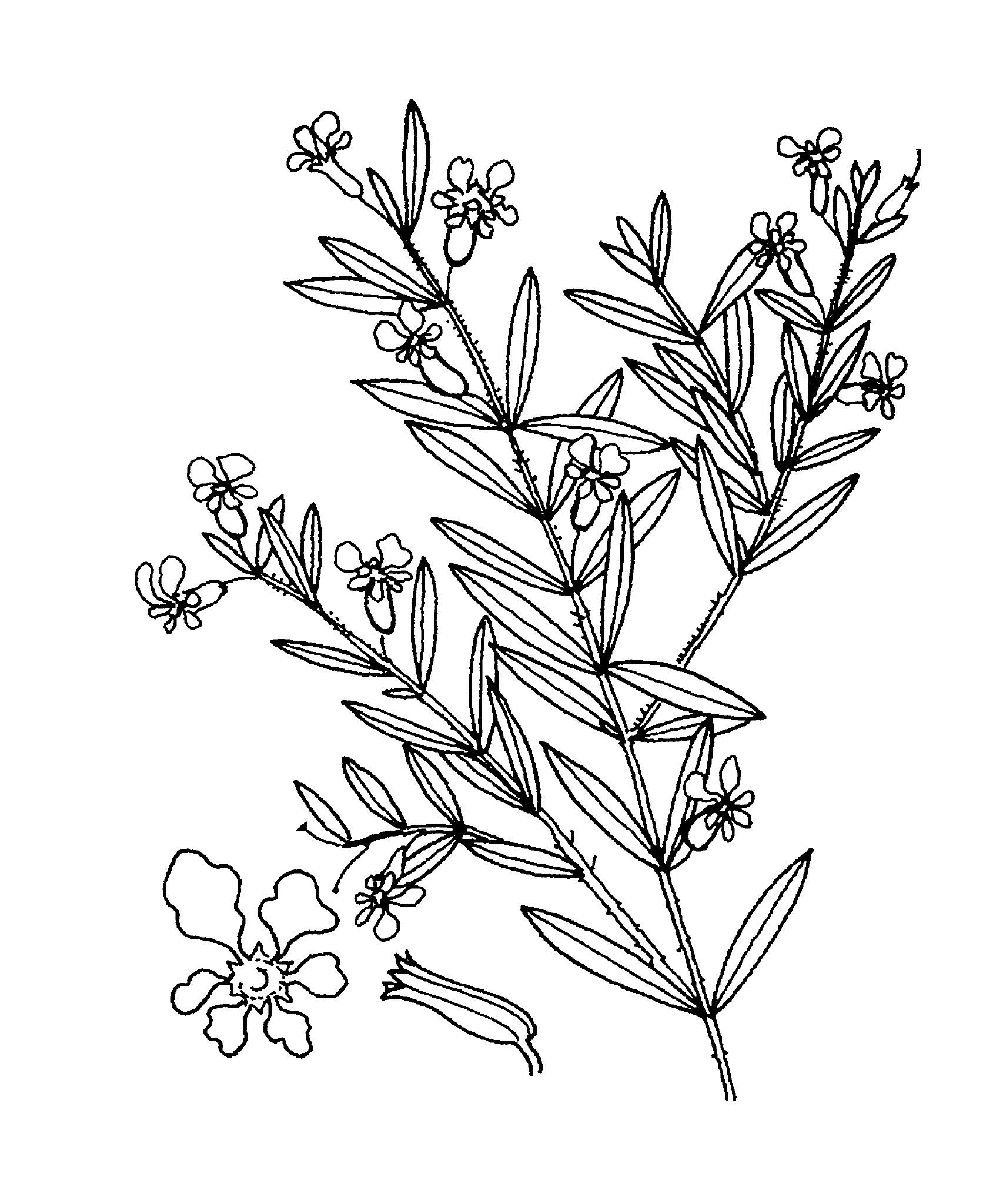