Perennial herbs, mostly near or in freshwater, with creeping rootstocks and tall, erect, unbranched stems. Leaves long, linear, erect and parallel veined. Flowers in a dense and characteristic terminal spike, the males towards the tip and the females below; the spikes produce a characteristic fluff. Male flowers with 2-5 stamens, united. Ovary superior, 1 chambered and containing 1 ovule; stigma and style 1. Fruit an achene.

Closely related to Sparganiaceae but other relationships are unsure. Bulrushes can be major weeds in irrigation channels and have been problematic in rice crops.

1 genus of about 15 species, cosmopolitan. Australia has 2 native and 1 naturalised species. 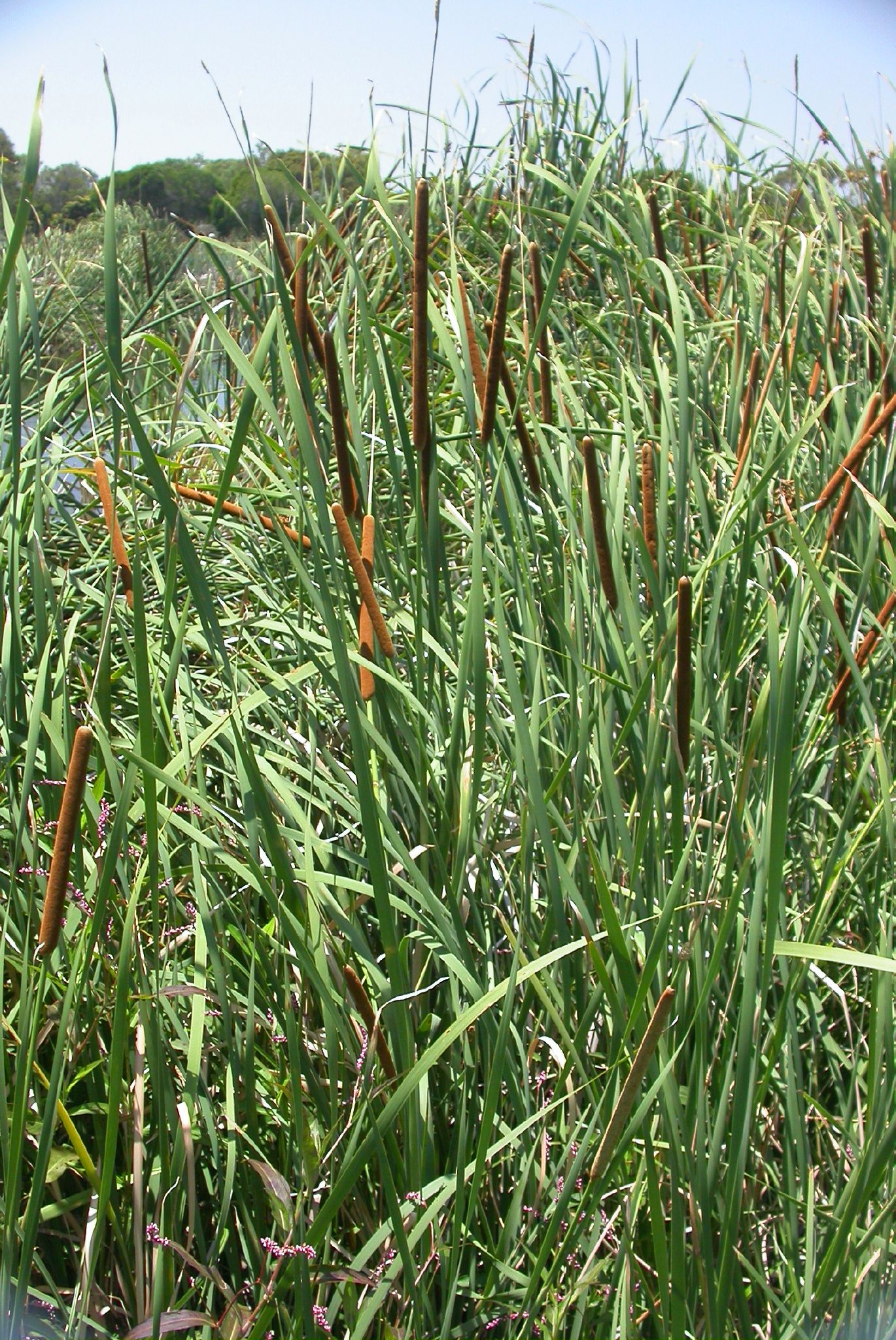