Grows naturally in cool temperate rainforest in subalpine moss and alpine heath alt. c. 900 - 1500 m. It is low-growing at high altitudes but becoming a medium-sized tree in shelter. A population of large old trees grows on the Goonmirk Range in E. Gippsland, Victoria the largest of them known as the "Willis Tree" to commemorate former Victorian Government Botanist Dr J. H. Willis and possibly worthy of a separate taxonomic ranking. This species is in need of revision but current taxonomic opinion is that it does not occur naturally in New Zealand. Rarely cultivated in Australia, the potential of this species has been realised overseas with the release of female cultivars 'Alpine Lass' having extremely short leaves and 'Blue Gem' with cream young foliage generally tinged purple. 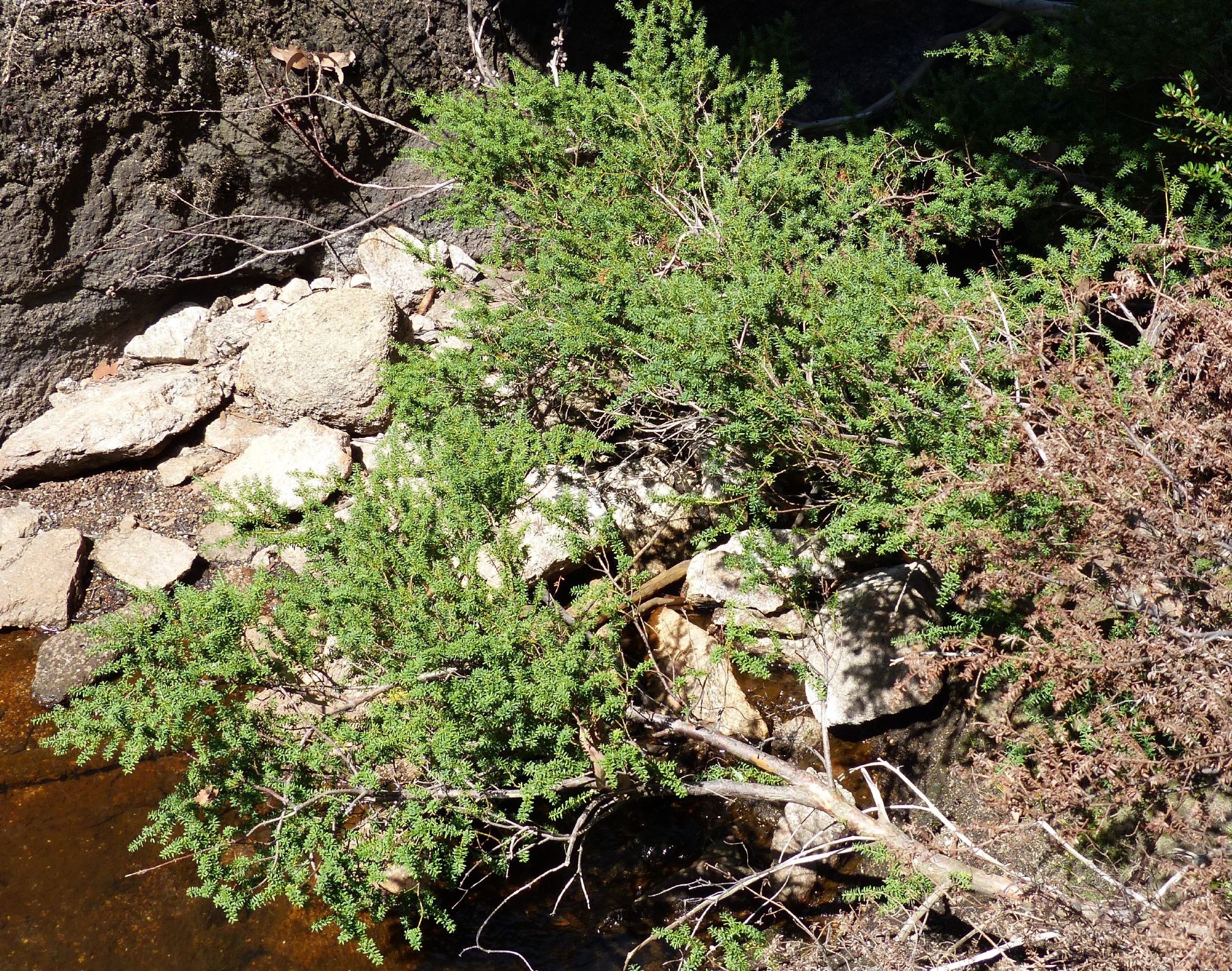