Trees, shrubs, vines and herbs, rarely parasitic. Leaves mostly alternate, simple, entire; stipules usually absent. Flower clusters solitary or in spikes, racemes or branched. Flowers bisexual, irregular, each with a bract and 2 bracteoles. Sepals mostly 5, occasionally the lower 2 united at the base, or the inner 2 (lateral) large and petal-like. Petals 5 but mostly reduced to 3 (2 upper and 1 lower), the lower usually with a fringe. Stamens in 2 groups of 4, or 10, or 3-7, usually united at the base with the petals, the filaments fused to form a split sheath; anthers opening by an apical pore. Ovary superior, of 2(-5) carpels with a single pendulous axile ovule in each. Fruit a nut, samara, drupe or loculicidal capsule.

Rarely grown species include 2 species of the native Comesperma: C. ericinum DC. from E Australia, a variable shrub to 1 m or so tall with oblong to linear leaves to 2.5 cm long, and purple to lilac or white flowers; and C. volubile Labill., a climber with few leaves and purplish to pink or white flowers.

About 18 genera and 950 species (about half in the genus Polygala), cosmopolitan except for the W Pacific, notably New Zealand. Australia has 4 genera and about 40 species.

Generally recognised by the petaloid wing-like sepals and 3 petals, the lower one fringed. The flowers are superficially similar to those of the Fabaceae but the families are unrelated; the Fabaceae has stipulate leaves and an ovary with a single carpel.

Key to the genera of Polygalaceae 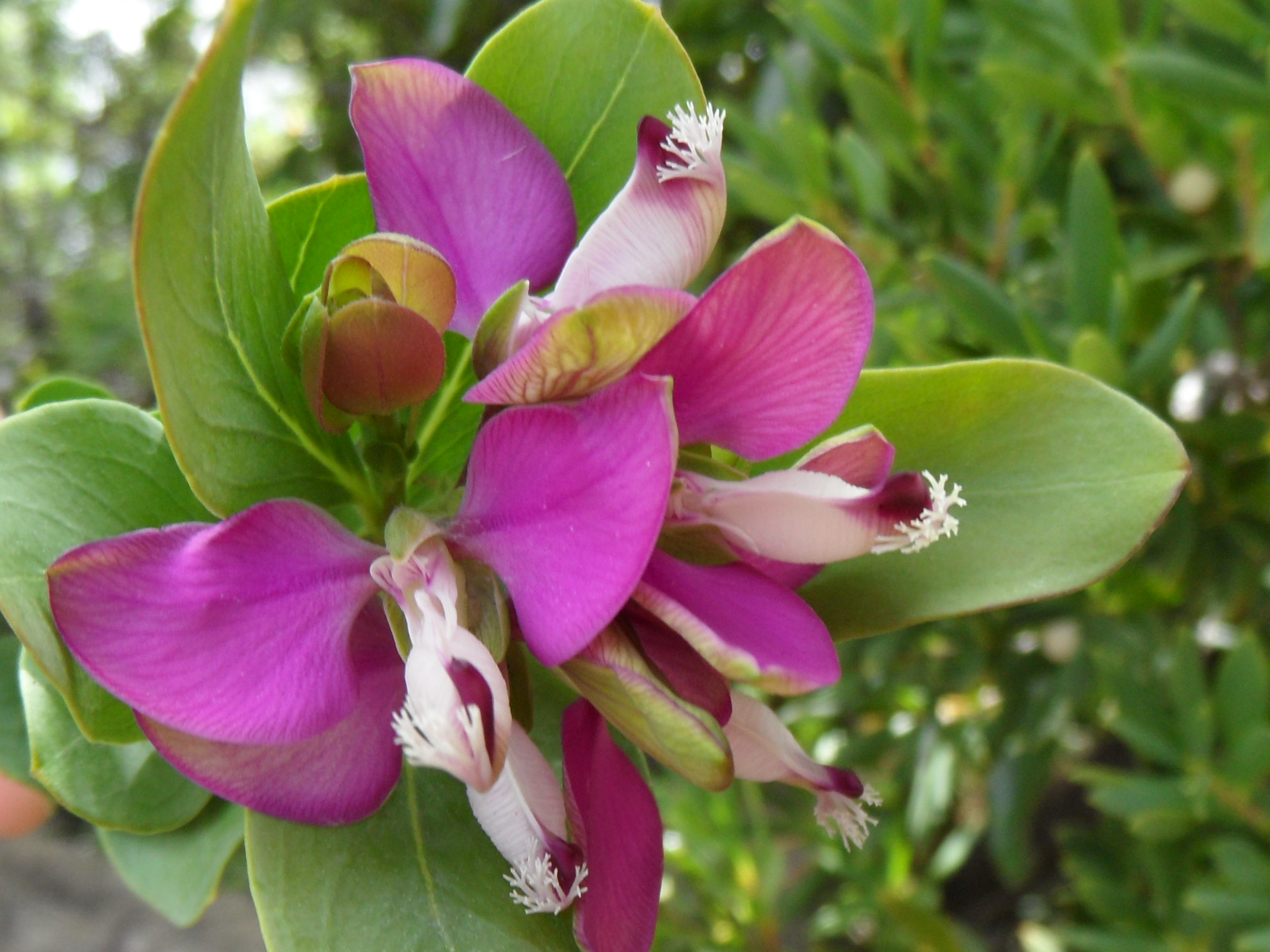