Mostly shrubs but occasionally trees, herbs or vines. Leaves simple, alternate, entire, occasionally lobed or scale-like; stipules absent or winged and joined to the leaf stalk. Flowers mostly bisexual, solitary or in clusters, yellow or white. Sepals (3-)5(-20), persistent. Petals (2-)5, free, usually yellow, rarely orange and occasionally white. Stamens few to many, often positioned to one side of the flower. Carpels 1-20, mostly free, often in 2 whorls, occasionally fused shortly at the base, or fused to form a multi-chambered superior ovary, each chamber with 1-many erect ovules and 1-many styles. Fruit dehiscent or indehiscent.

Timber used for construction and boatbuilding; some fruits are edible.

Mostly shrubs with yellow flowers; sepals and petals 5; stamens often on one side of flower.

11 genera and about 425 species mostly tropical with centre of distribution in Asia and Australasia (in Australia the family is represented in all states; there are 4 genera and about 120 species).

Key to the genera of Dilleniaceae 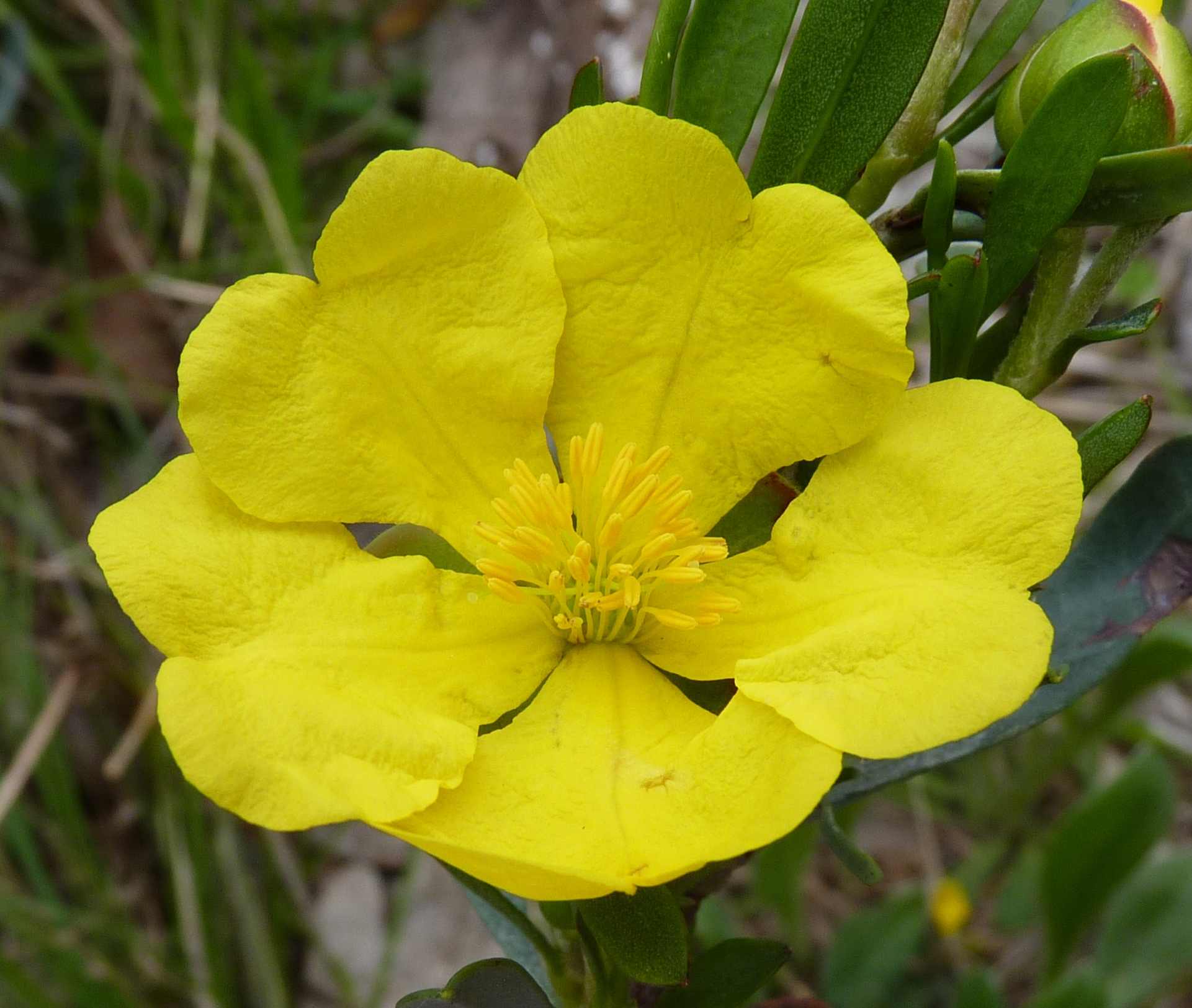