Heliotropiaceae are usually vegetatively like Boraginaceae and also have similar inflorescences and flowers, but the style is terminal and the stigmatic head is almost plug-like. The fruit is often a schizocarp. (Stevens 2018). 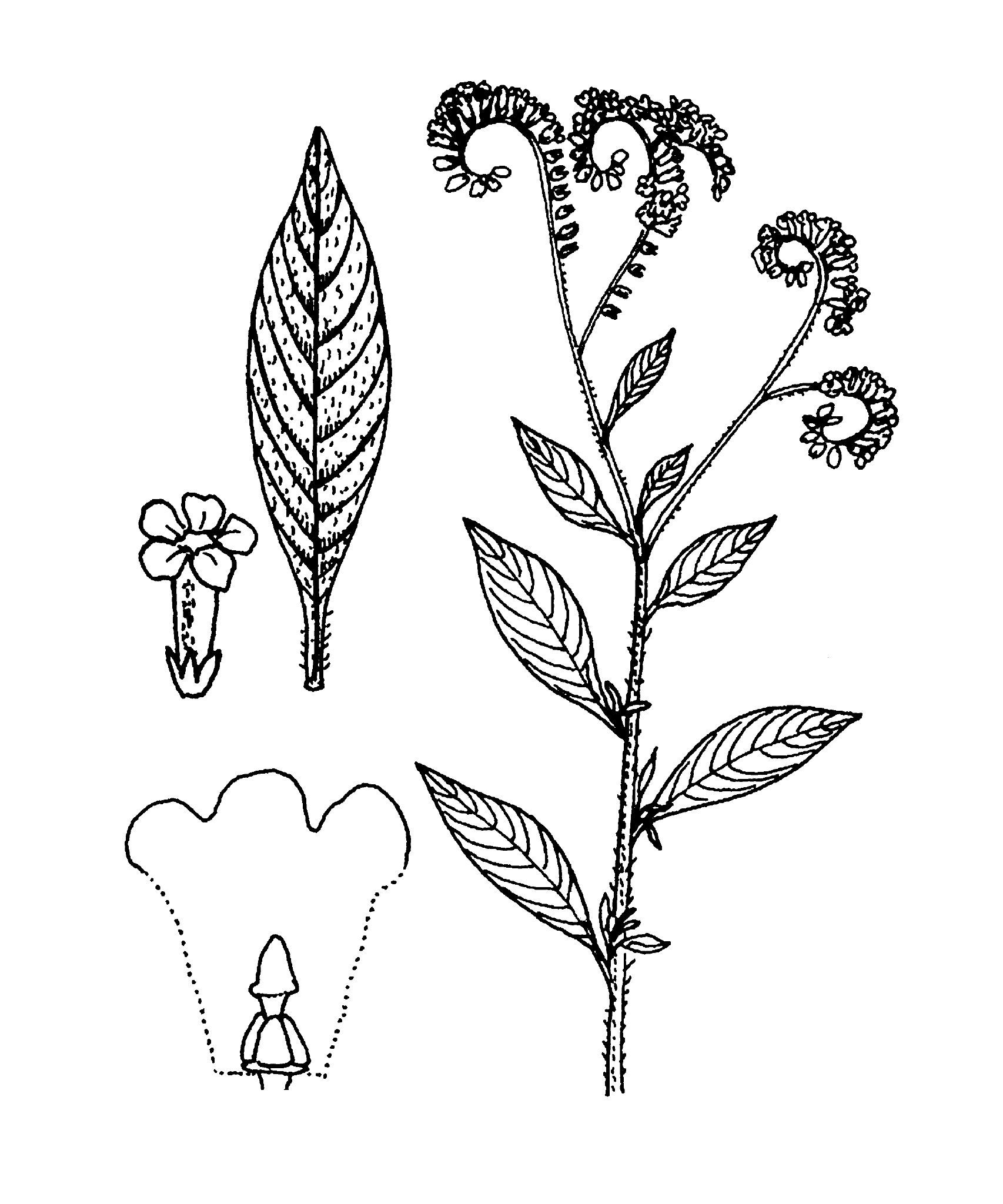