A small family of slow-growing small to medium-sized evergreen shrubs or, more rarely, trees. Branches opposite or whorled. Leaves linear, spirally arranged but sometimes forming two ranks; margins curled under; midrib conspicuous; leaf base extending down the stem. Male and female plants usually separate. Male cones in more or less spherical, stalked, axillary clusters with several scales. Female cones small, stalked and axillary with two ovules in each bract. Fruit large, fleshy and olive-like with one seed developing on each scale. Seeds large, unwinged and with a tough shell.

The genus Amentotaxus, Catkin Yew, comprises 4-5 species with male cones in a branched spike; it is found in a few collections.

The genus Cephalotaxus is vegetatively extremely similar to members of the families Taxaceae and Podocarpaceae; it differs from the Taxaceae chiefly in having longer, more pointed leaves and a fruit without an aril (a fleshy covering formed from the base of the ovule). From the Podocarpaceae it differs in technical characters of the cones but can generally be distinguished by the marked annual growth which has persistent scales and smaller leaves at the junction of annual growth increments. 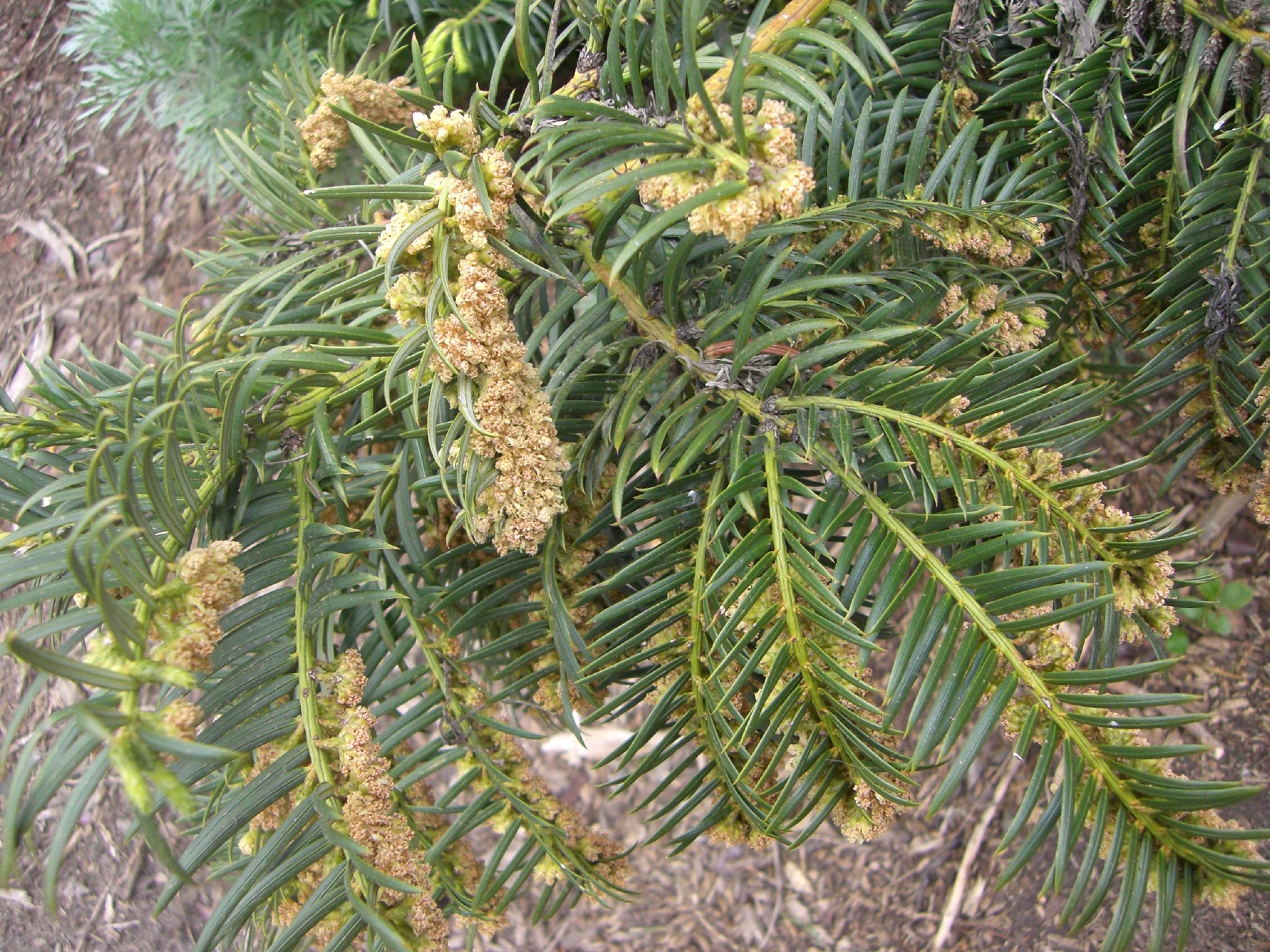