Rhizomatous plants. Leaves mostly basal, long, linear and strongly ridged below, grass-like, the margins smooth or with fine teeth. Flower cluster dense, usually opens from the base upwards; stalk with a few bracts below the spike. Flowers pendent on articulated stalks and with a cylindrical- or funnel-shaped generally curved tube to 4 cm or more long. Perianth segments and stamens 6, the latter shrivelling after pollen release. Ovary superior, 3 chambered with numerous ovules in each chamber. Fruit a roundish, sometimes 3 angled, capsule.

Grown for the poker-like heads of red, orange and yellow or yellow pendent bird-attracting flowers. Garden plants are often complex hybrids based on K. uvaria and sometimes referred to as K. praecox Bak.

65 species mostly from E and S Africa but through Madagascar, and Arabia.

Mostly by division of rhizomes, occasionally by seed.

A key to species is not given as the range of species available varies and most plants in cultivation are hybrid cultivars. 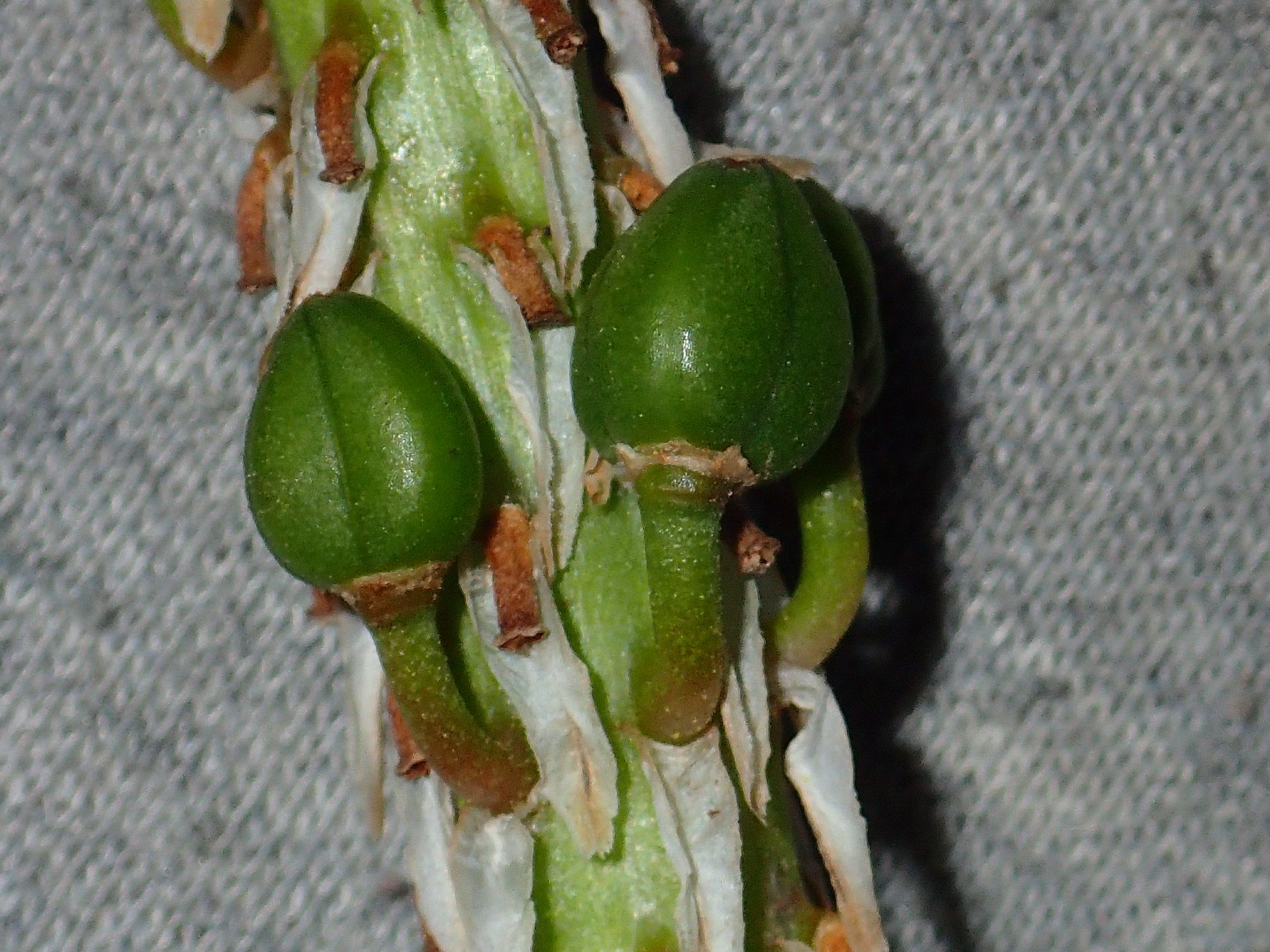