Variable, erect to semi-prostrate shrubs. Leaves papery or leathery, oblong to ovate. Flowers mostly in groups of 1-3, erect or pendent. Calyx semi-globose 4-toothed, occasionally with lobes in between, Corolla yellow-green, red, or red with green tips; late winter to summer. Filaments widening at the base.

A widely cultivated species with many hybrids (especially with C. glabra) and a range of botanical forms that have become horticultural selections with provenance names such as Anglesea, Hoddles Creek or Grampians. Among these are those with prostrate habit, and flower colour forms that are greenish to cream, salmon or red. 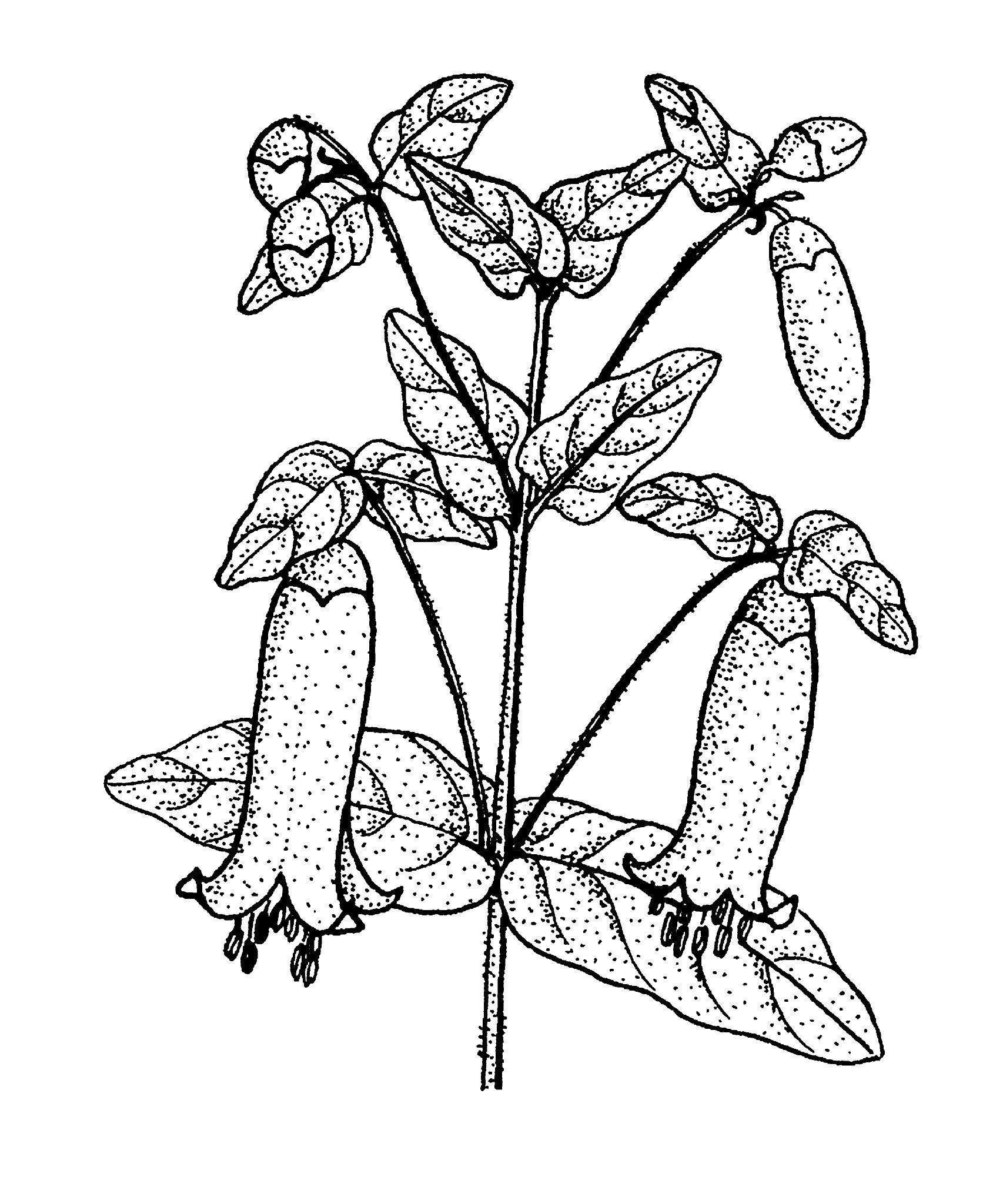