Greek acantha — spiny, referring to the spiny leaves and bract margins of A. mollis.

Perennial herbs or subshrubs, many drought-tolerant xerophytes. Leaves variously lobed, generally spiny. Flowers white to purple on long spikes and with large, leaflike, spiny bracts. Sepals 4, 2 smaller than other pair. Petals united shortly at the base and forming a 3-lobed lower lip, the upper lip absent. Stamens 4. Fruit a 2- chambered capsule with 2 seeds in each chamber.

Grown for the large, glossy ornamental leaves prominent in Western art and architecture, also grown for the unusual flower spikes.

A. spinosus L. (sometimes sold as A. spinosissimus and possibly also referred to A. ilicifolius) has leaves that are deeply cut, narrower and generally more spiny than those of A. mollis. This plant is highly variable with a number of clones (possibly of hybrid origin) and these plants are best referred to the Spinosissimus Group.

Extracts were once used as a cough medicine.

Flowers with petals forming a lower lip only.

30 species from tropical and warm-temperate regions, with a centre of distribution in the Mediterranean.

Key to the species of Acanthus 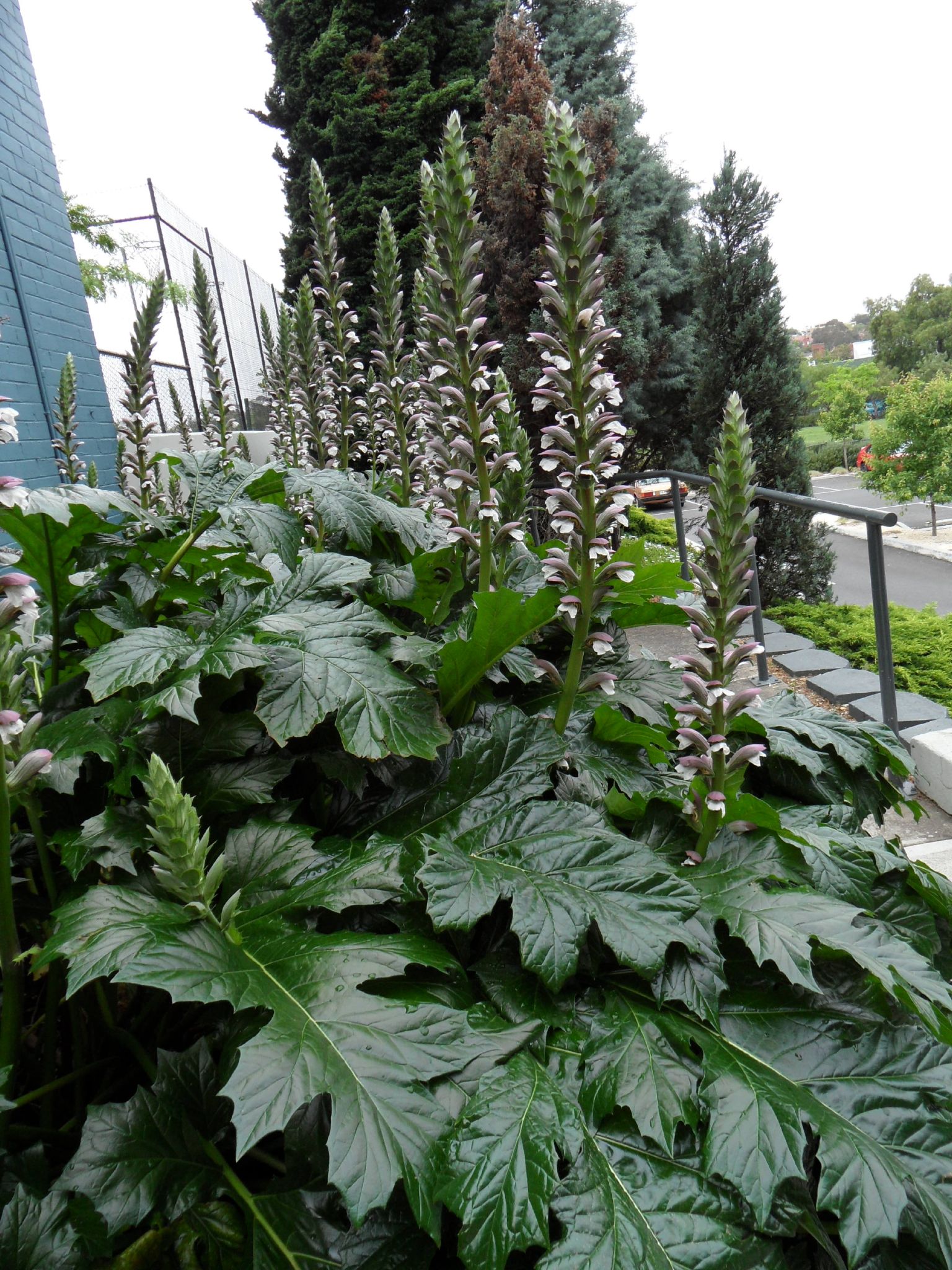