Greek eremophiles — loving the solitude of the desert.

Grown for the range of growth habits and attractive, sometimes grey-white foliage, colourful flowers and calyx lobes. As they are mostly suited to dry-climate gardens, they have the reputation for being difficult and disease prone in cool-climate gardens.

Several species, including E. maculata, are considered poisonous to stock. Some species, such as E. gilesii, have become weedy, especially in Qld and NSW.

Species occasionally available include: E. bowmanii F. Muell., Bowman’s Emubush (Silver Turkeybush), from Qld and NSW, a dwarf to small, densely whitehairy shrub with more or less linear leaves to 5 cm long and 4 mm wide and flowers 1.5–3 cm long, blue to lavender or rarely white and spotted inside; E. drummondii F. Muell. from WA, which has alternate leaves 2–6 cm long, 1 mm wide and flowers violet to blue, the stamens enclosed in the flower; E. longifolia (R. Br.) F. Muell., Emubush (Berrigan), from WA, the NT, SA, Qld, NSW and Vic, which has linear leaves to 20 cm long and 1.5 cm wide with flowers mostly brick red or pinkish; E. nivea Chinnock from WA which is endangered in its natural habitat and can be easily recognised by the white-woolly covering of hair over almost all surfaces, the linear, mostly alternate, leaves 1–2 cm long and the lilac flowers; and E. oppositifolia R. Br., Twin-leaf Emubush (Weeooka), from WA, SA, NSW and Vic, which also has opposite linear leaves but to 2–10 cm long and 3 mm wide with flowers a characteristic cream-pink with stamens parallel to one another and protruding.

Seed, cuttings and occasionally by grafting or by transplanting suckers.

Several species were used as medicines by Aborigines. E. mitchellii contains a fragrant oil. A few species have been used as fodder for stock.

About 215 species from Australia (mostly WA) with 1 from New Zealand. 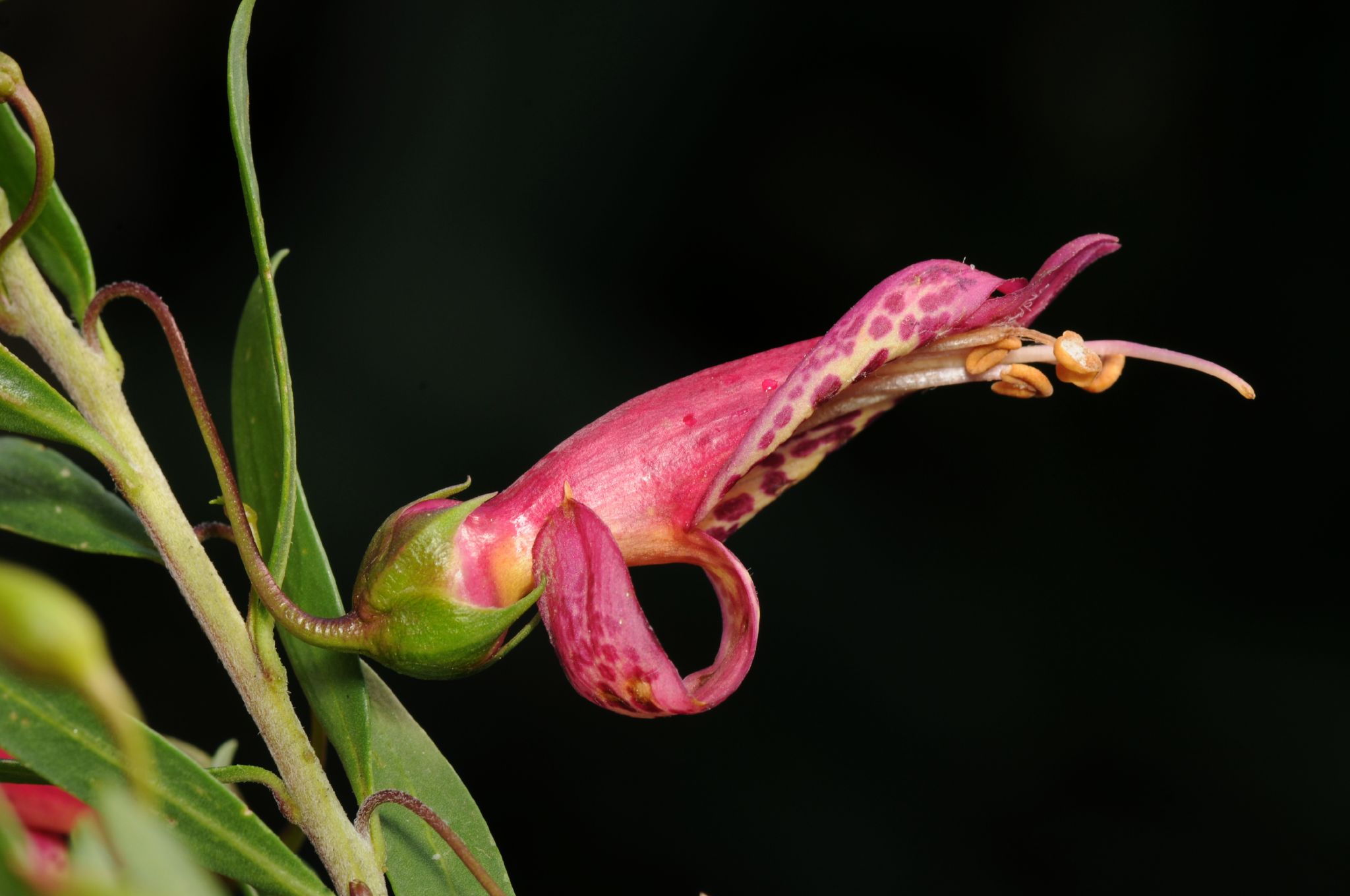