Perennial herbs or subshrubs. Leaves opposite, occasionally in whorls of 3 or the upper ones stalkless and alternate. Flower clusters terminal, sometimes branched or solitary. Flowers white to red, purple, blue or yellow. Calyx 5-parted. Corolla tubular and more or less 2-lipped, the upper lip 2-lobed. Stamens 4, the fifth a sterile staminode that is sometimes bearded. Fruit a capsule containing numerous seeds. [Pentstemon Mitch.]

Grown for the attractively coloured flowers that appear rather late in the season; they are occasionally treated as annuals.

Sterile stamen bent back on the corolla.

Key to the species of Penstemon 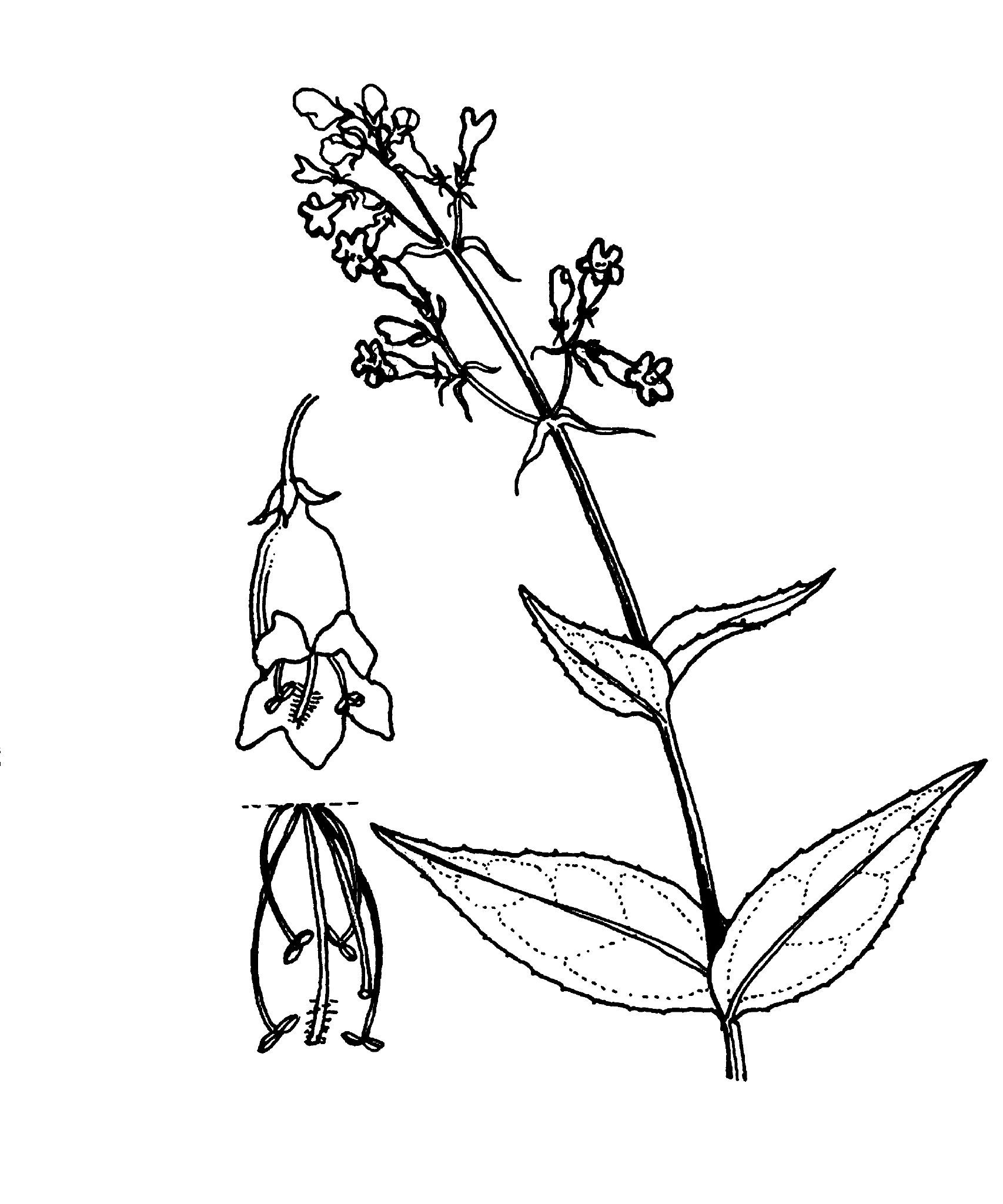 Many of the garden colour cultivars are the hybrid, P. cobaea × P. hartwegii, sometimes listed under P. ×gloxinioides hort.

Records of cultivars are improving but many have unknown origins.Most of the blue-flowered cultivars are derived from P. heterophyllus and these would include P. 'Blue Spring'.

Flowers pale blue-violet, suffused with white and with a white throat.

Plant to about 1m tall. Flowers large, bell-shaped, purplish with no white in the throat, long-flowering. [P. 'Garnet']

Originated in at least 1949 from the Slieve Donnard Nursery, Northern Ireland.

Flowers dark red with a trace of white in the throat.

It is uncertain whether this plant is synonymous with P. 'Schönholzeri' or not.

To about 70 cm tall, with flowers deep blue-purple.

A mat-forming cultivar of P. rupicola.