Perennial herb to about 0.5 m tall with invasive rhizomes. Leaves ovate to rhombic, to over 10 cm long, with a pointed tip and long stalk. Flowers white, pendulous. Calyx orange, surrounding the fruit towards the end of the summer and early autumn. Corolla greenish yellow to cream, with the lobes shallowly cut. Fruit about 1.5 cm long, orange or red in summer but rarely produced.

The highly ornamental fruiting body has a vermilion, balloon-like inflated calyx that is toxic, while the fruit inside is edible and also has medicinal uses. As this fruiting body is long-lived, it is sometimes used as a decorative 'everlasting' floristry ornament.

var. franchetii M.T. Mast. is described as a larger plant but is generally treated as synonymous with P. alkekengi.

P. peruviana L., Cape Gooseberry, from tropical South America is occasionally grown for its edible fruit and is also a weed of disturbed ground in WA, SA and E Australia. 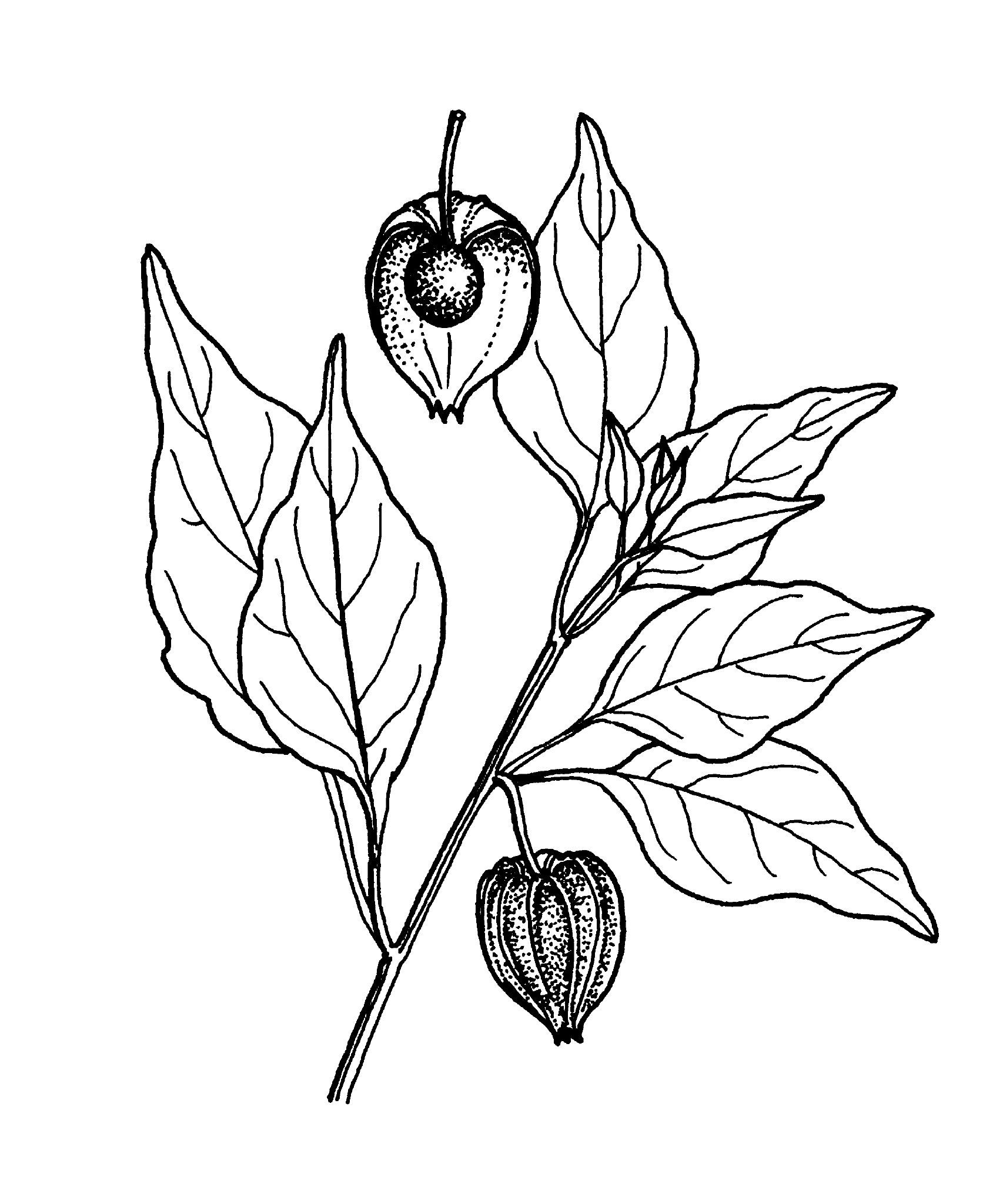