Grown for the remarkable large trumpet-shaped flowers but contain the hallucinogenic alkaloid scopolamine, which produces violent intoxication and hallucinations when ingested. Plants are probably best avoided for the garden.

This genus was formerly placed in Datura, Thornapple, now a genus of small shrubs and subshrubs with remarkable spiny capsules and funnel-shaped flowers; there are 6 naturalised species that are declared noxious weeds in most states, and considered toxic to stock. D. wrightii Regel is rarely cultivated and D. leichhardtii (F. Muell.) F. Muell., once considered native, is now known to be an introduction from Mexico.

Very similar to Datura (a genus of herbs or subshrubs with erect flowers) and once included in that genus. Shrubs with flowers large, fluted, pendulous.

5 species from S America centred on the Andes.

Key to the species of Brugmansia 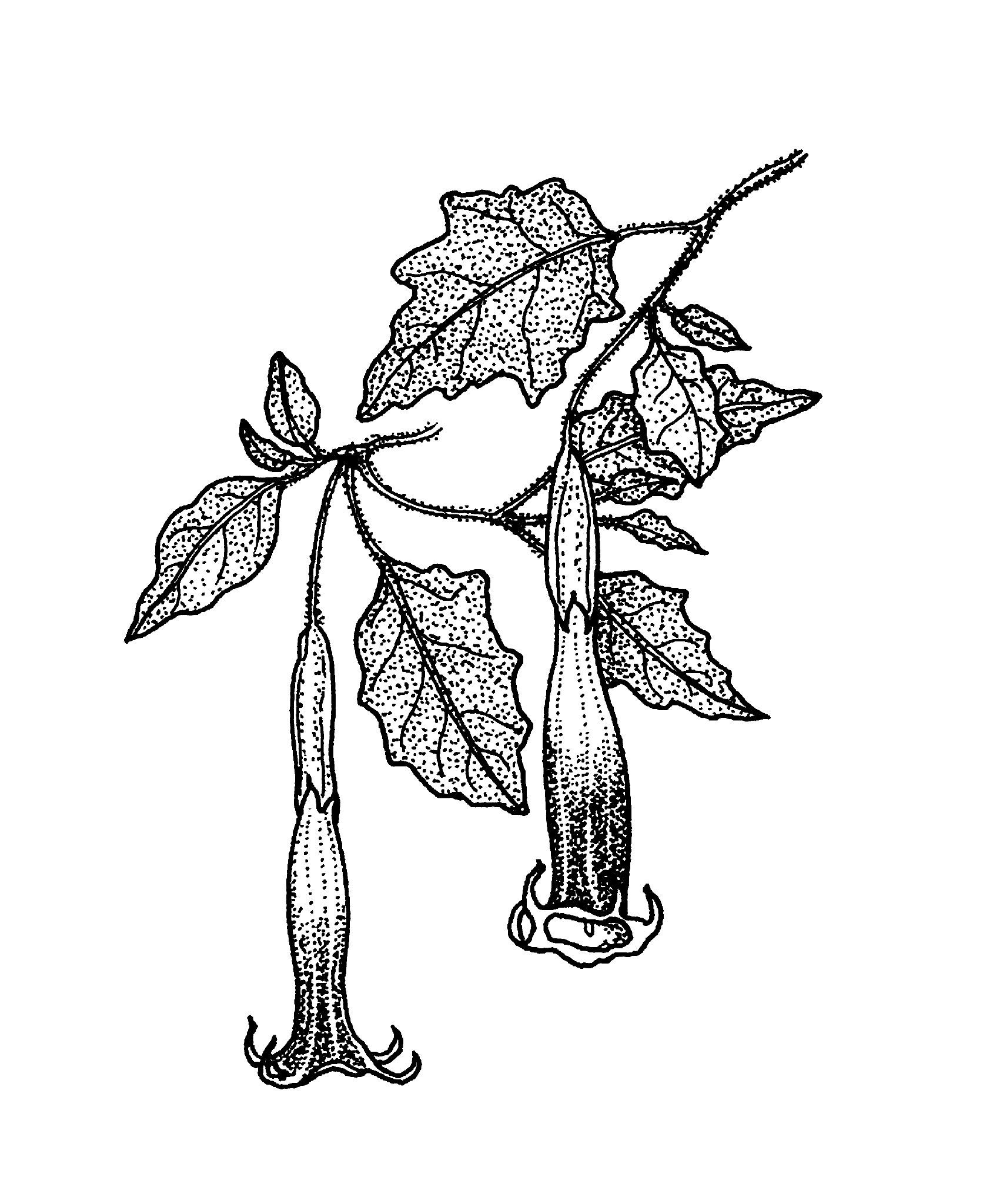