Deciduous shrub to 3 m or so tall with stems square in section. Leaves opposite, to about 15 cm long, 6 cm wide, ovate to narrow-ovate, pointed, white-felted below, margins finely toothed; stipules leafy and on major branches only. Flowers in dense clusters, white, blue to purplish, generally with an orange eye, fragrant; summer to autumn.

There has been some naturalisation of this species in NSW, Vic and SA.

After early introductions of the species and its varieties to the West many clones have been raised in Europe and the USA since 1950. A selection of those available in Australia is given under the Cultivars tab.

var. magnifica Rehder & Wils. Has violet-purple flowers with the lobes bent back. 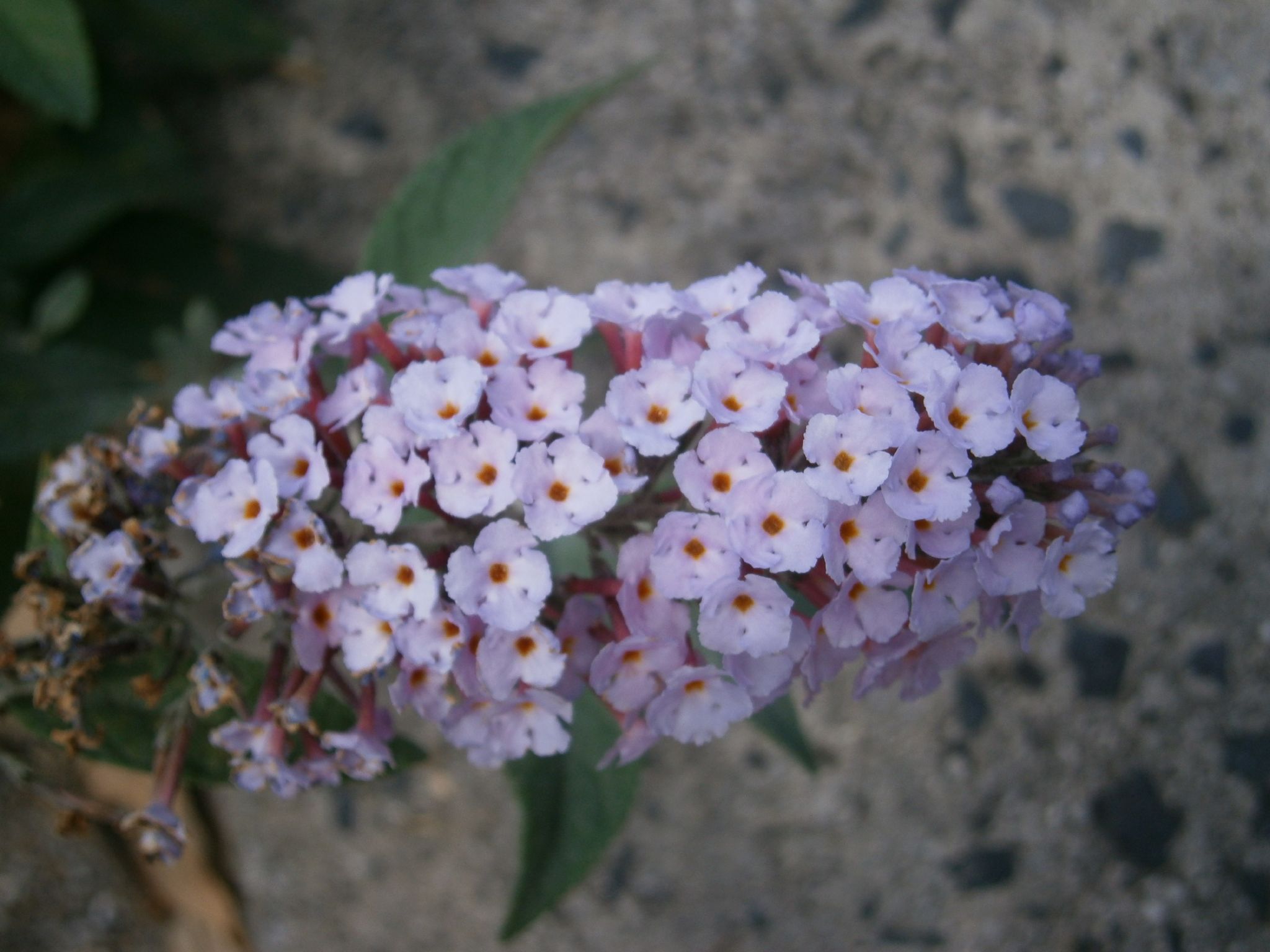 Raised by Good and Reese and introduced 1941.

Possibly a form of B. davidii 'Royal Red' with variegated leaves.