Vergreen or deciduous trees or shrubs. Leaves alternate and mostly compound with a terminal leaflet, clustered at the end of the branches. Leaflets more or less opposite. Flower clusters axillary, branched. Calyx 5-lobed. Petals generally 6. Stamens 10 in male flowers, rudimentary or absent in female flowers. Disk with 10 lobes. Carpels 2-5 with free ovaries, sometimes reduced in male flowers. Fruit a cluster of 1-5 samaras.

A. malabarica has a resin used as incense in Hindu temples and the leaves yield a black dye; the Chinese A. vilmoriniana is used as a source of food for the silkworm used in the production of Shantung silk.

Leaves mostly compound and alternate with opposite leaflets; fruit a samara.

About 5 species from Asia to Australia (2 native species). 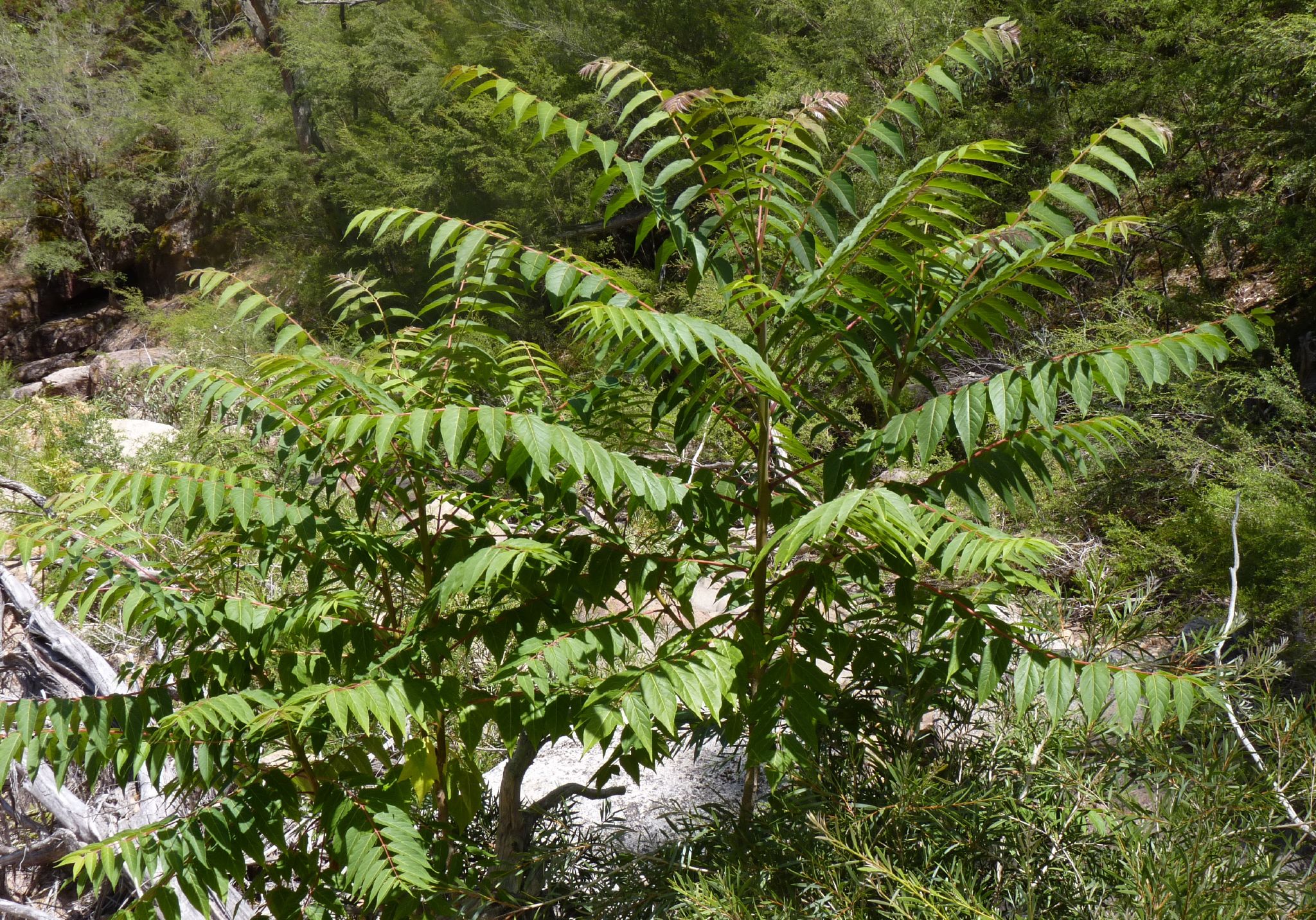