Shrubs or small trees; root parasites. Leaves opposite or whorled. Flower clusters terminal or axillary. Flowers bisexual with 4 flower segments, usually with tufts of hair at the base behind the stamens. Stamens 4 with a prominent disk. Ovary inferior, containing 2-4 ovules. Fruit a drupe.

Occasionally grown,mainly for the fruits but, being parasitic, requiring special cultivation techniques. The commercial potential of the edible outer flesh of the fruits has been explored.

About 25 species from Malaysia to Australia, including the Pacific Islands. Australia has 5 endemic species.

Fruits edible; the fragrant wood used for carving, joss sticks exported to Asia. Indian Sandalwood, S. album, has a high-quality oil in the heartwood and the possibility of commercial plantations in the Ord River region is being explored. 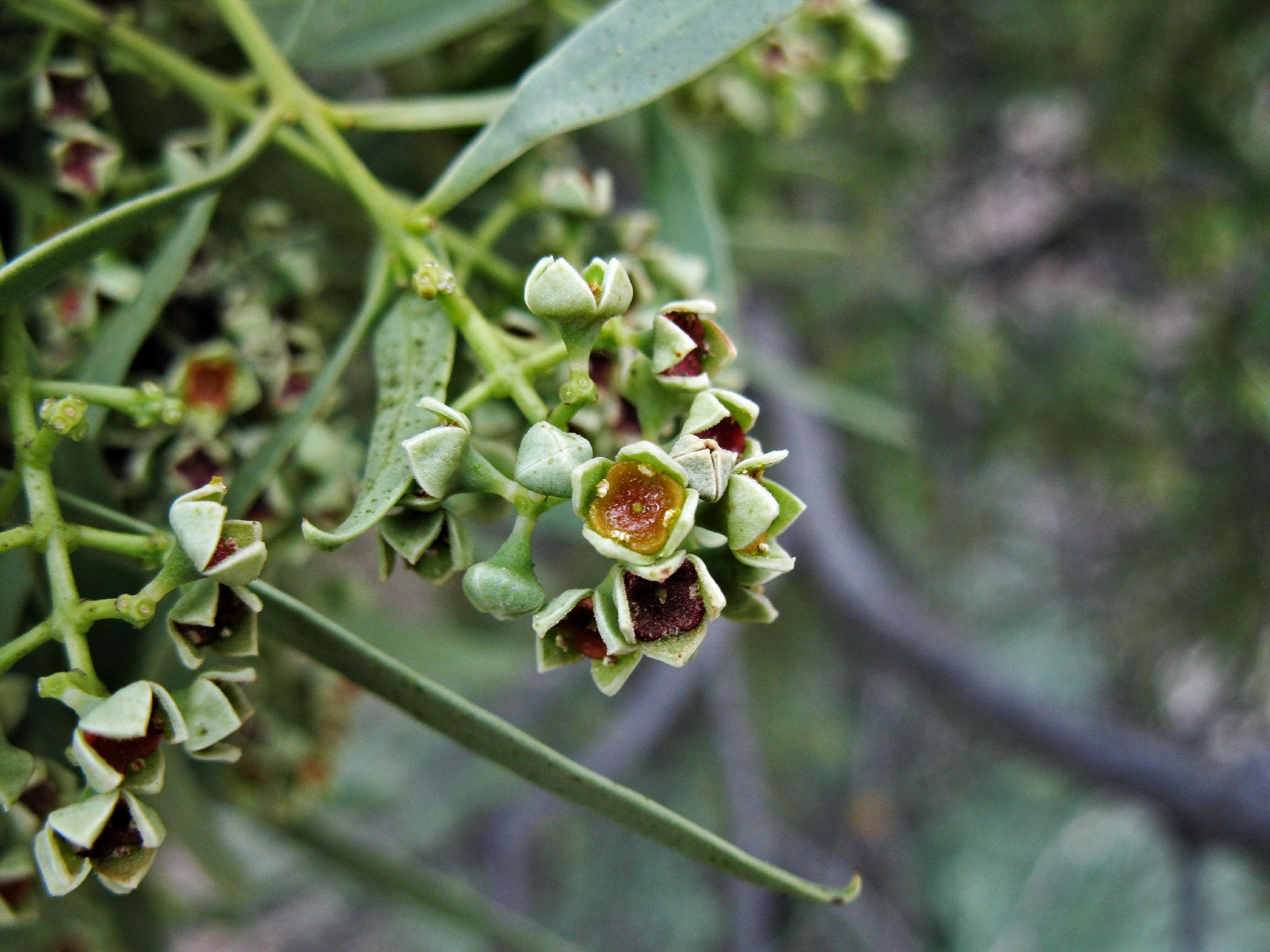