In Greek mythology Daphne was the nymph changed by Apollo into the Bay Tree, Laurus nobilis.

Evergreen or deciduous, erect to prostrate shrubs. Leaves alternate (opposite in d. genkwa). Flower clusters in terminal or axillary heads or racemes. Flowers with 4 calyx lobes on a cylindrical tube, mostly fragrant, white or yellow to lilac, purple or pink. Stamens 8 in 2 whorls. Style short or absent. Fruit a leathery or fleshy drupe.

Daphnes are popular with collectors and specialist growers but few species are widely available. Among the more readily available deciduous species are: D. genkwa, which has mostly lilac silky flowers; D. mezereum, with mostly white (rarely purplish or pink) flowers in lateral clusters of 1-4 flowers; and D. × burkwoodii, which has pinkish to purple hairy flowers in lateral clusters of mostly more than 5 flowers. Of the evergreen species, the winter-flowering D. odora is by far the most commonly grown and has leaves that are glossy above; D. bholua has wavy-edged leaves. Other evergreen species listed include D. cneorum (and a cultivar 'Variegata'), D. laureola, D. pontica, D. sericea and D. tangutica.

As the number of species available varies considerably from year to year, a key to species would be confusing.

About 60 species from Eurasia.

D. genkwa is used as an abortifacient in China. Other species are used as sources of paper, rope, perfumes and a range of medicines.

Stamens 8 in 2 rows of 4; style absent or extremely short. 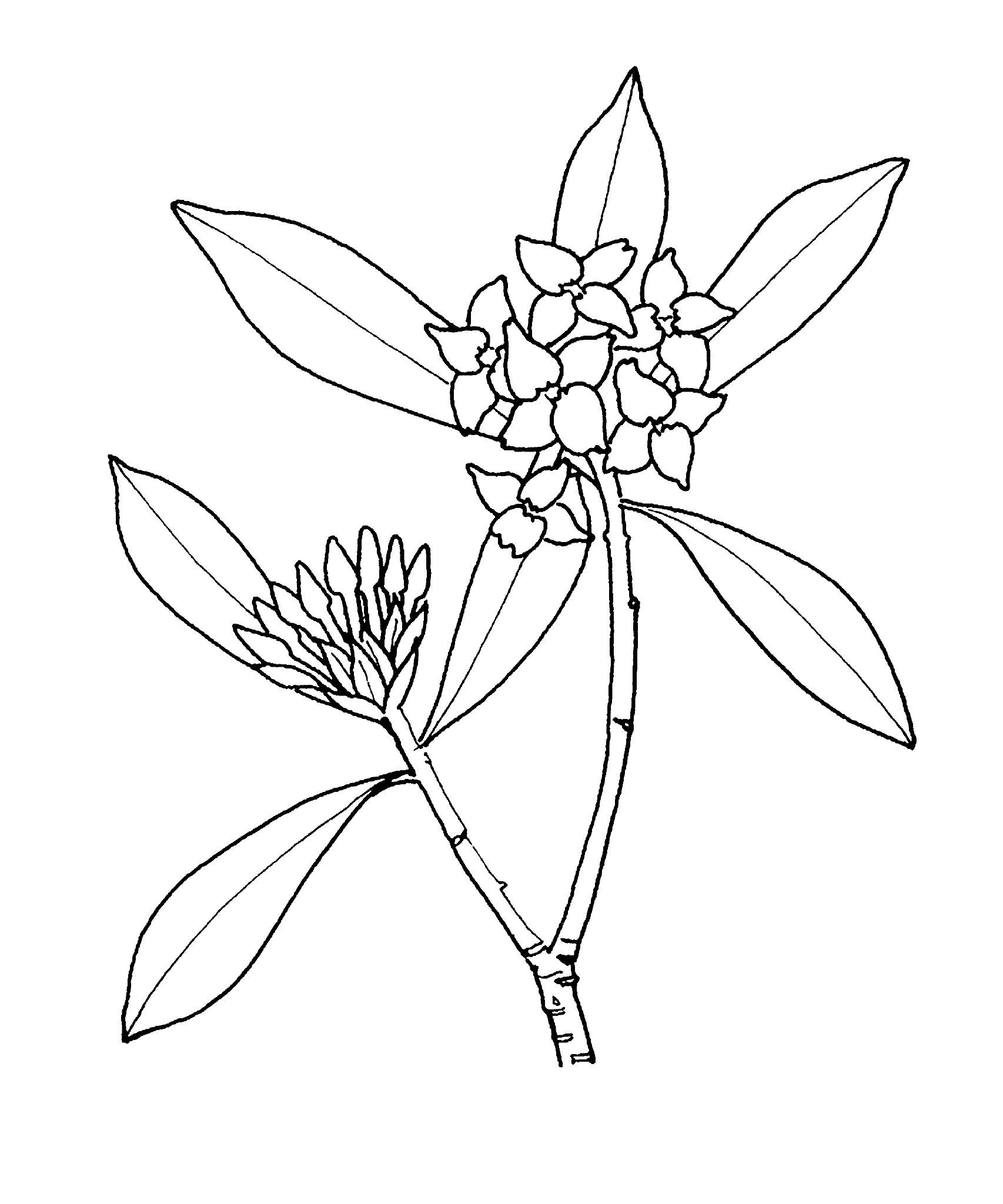