Valder (1995) states that this white Wisteria is that described as a new species, W. venusta, by Rehder and Wilson in 1916. It seems that they regarded the name W. brachybotrys as applying to a variant of W. floribunda. However, according to Valder, the illustrations given by Siebold and Zuccarini show the distinctive characters of W. brachybotrys, while their illustration of W. floribunda (as W. chinensis) shows differences in these important characters: thus the name W. brachybotrys should stand.

Leaves silvery-hairy on both surfaces. 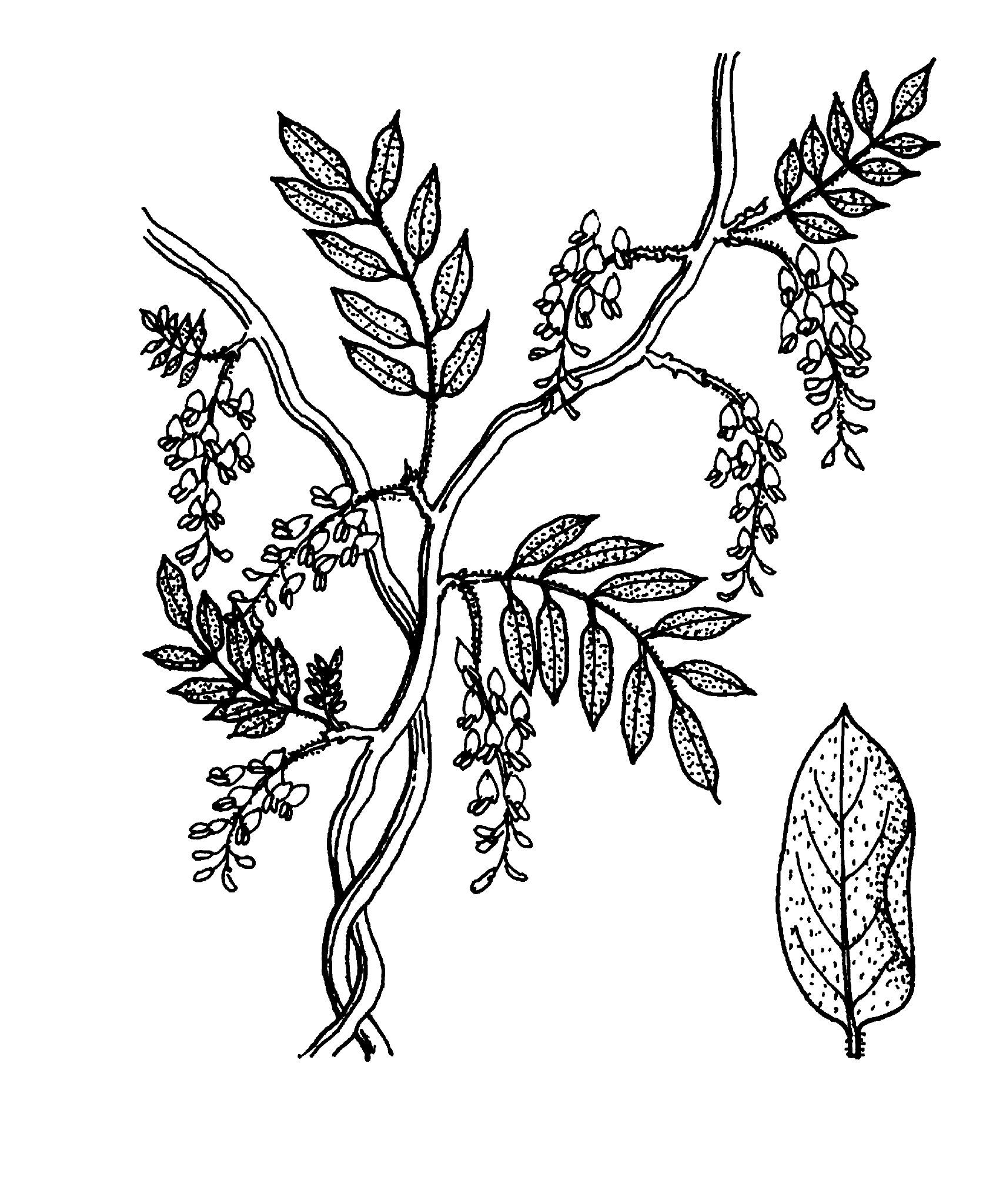 Twining anticlockwise. Leaflets 9-13. Flowers white, in clusters 20-35 cm long, appearing with the leaves. Standard 2-2.8 cm broad, yellow at the base at first.Wings and keel pure white, tinged with pink in summer. This is the original w. venusta of Rehder and Wilson. ['Alba']