Commemorating Jean Robin (1550–1629) and his son Vespasien Robin (1579–1662), herbalists to Henry IV, King of France; they probably introduced this plant to France.

Formerly a genus of 20 or so species but only 4 species are currently recognised.

R. hispida L., Rose Acacia, is occasionally cultivated as a bristly shrub to 3 m tall with 9-13 leaflets per leaf. There are a number of varieties that occur in the wild and of these, var. fertilis (Ashe) Clausen is sometimes cultivated; it has leaflets mostly 1.2-1.8 times as long as wide and is slightly unusual in bearing fruit and having bristles on young shoots and leaves. Possibly naturalised, at least in SA. Syn R. fertilis Ashe.

R. viscosa Vent., Clammy Locust, is occasionally listed; it grows to about 10 m tall and has extremely sticky new growth.

4 species from S and E USA.

R. pseudoacacia for its timber but in Australia it is of reduced size owing to rapid growth.

Key to the species of Robinia 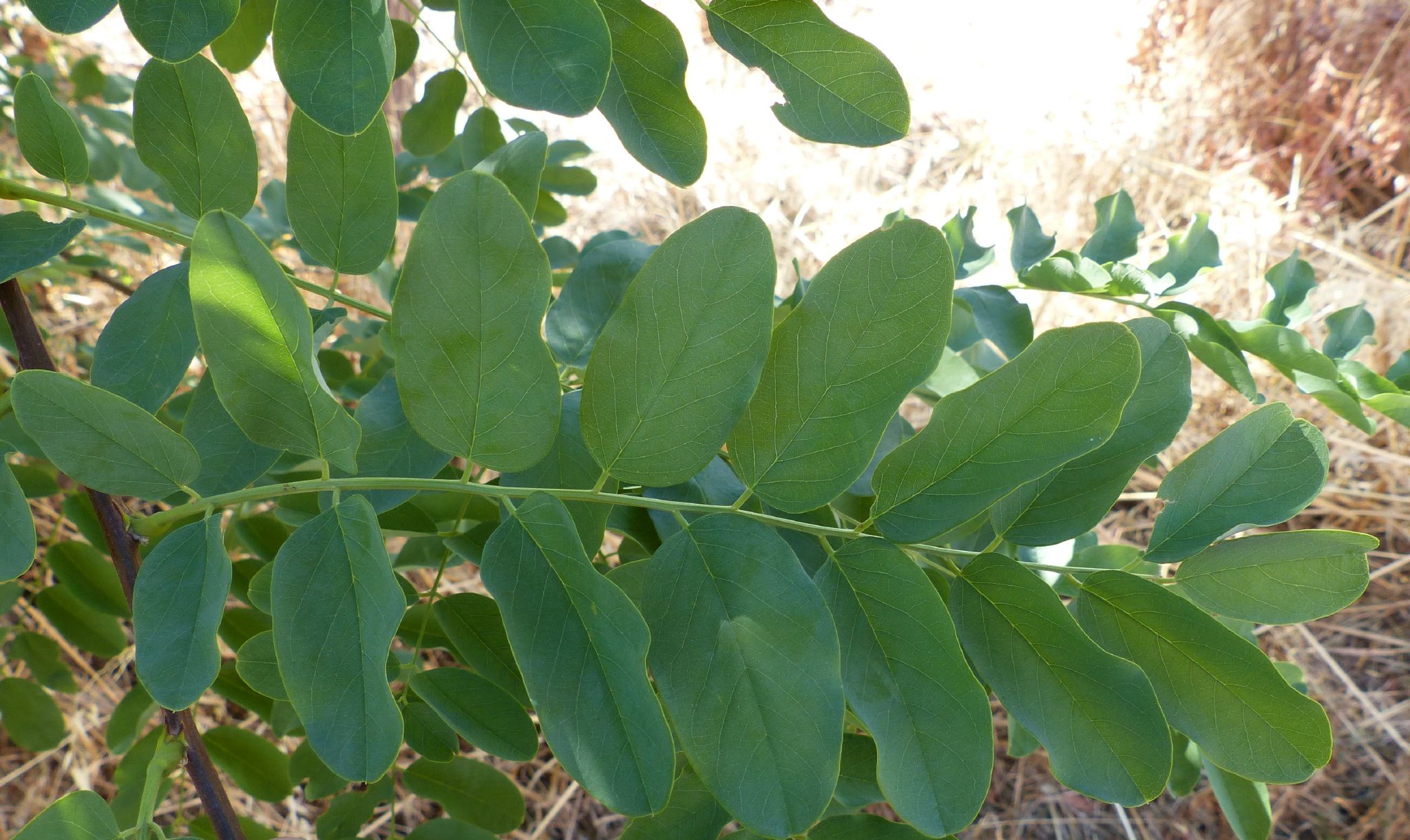 This cultivar is possibly confused with others. It was already in American nurseries c. 1959 and more widely int. after 1992 when Duncan and Davies Nsy in New Zealand released it. The oldest name for this cultivar is possibly 'Pink Cascade' and it is also possible that the European trademark name, r. _slavinii, 'Purple Crown' is a synonym, although this name was given pbr in Australia.