Perennial rhizomatous herbs. Leaves alternate in a large basal rosette, leathery, waxy on the surface, margins entire, wavy and with extremely fine teeth, stalks widest at the base and forming a sheath. Flowers in clusters. Sepals fused, cup-like, with nectar in the base. Stamens 10. Carpels 2, united at the base. Fruit a capsule, splitting at the tip.

Several species are currently incorrectly named and the commonly grown B. ×schmidtii is quite variable.

Some species have medicinal properties and have also been used as a source of tannin.

Flowers perigynous; carpels more or less free from one another and the perigynous zone.

Key to the species of Bergenia 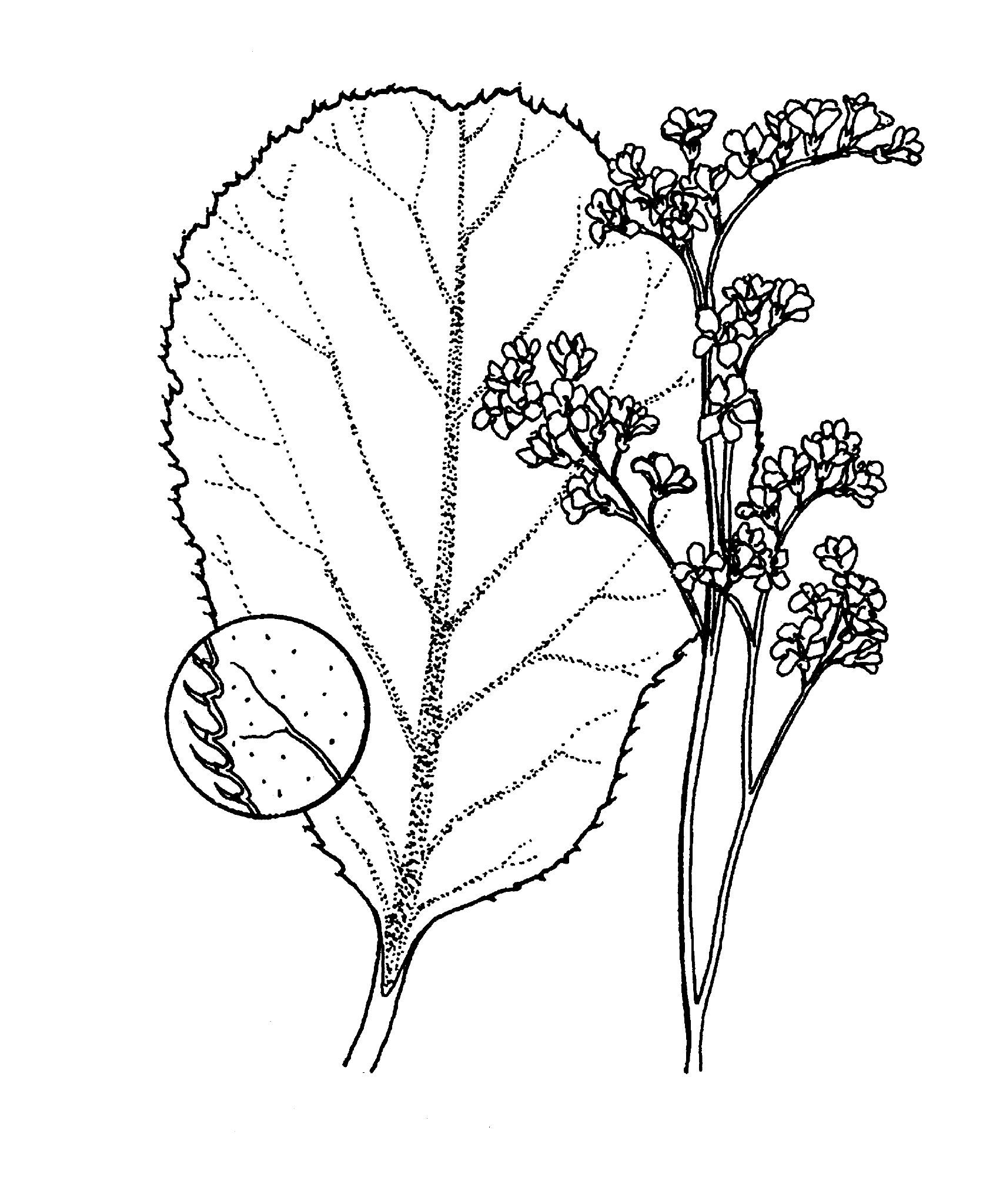 Name and plant origin unlocated. Possibly a name of no botanical standing.