Diminutive of crassus— thick, referring to the fleshy leaves and branches.

Grown mostly as curiosities and once very popular, often found in rockeries and sometimes remaining in or spreading from old gardens.Many more species than those described may be found.The genus Tillaea L. is sometimes segregated from Crassula.

About 170-200 species from temperate regions, the centre of distribution being in southern Africa. Australia has 8 endemic species.

Opposite leaves more or less fused at the base; stamens in 1 whorl. 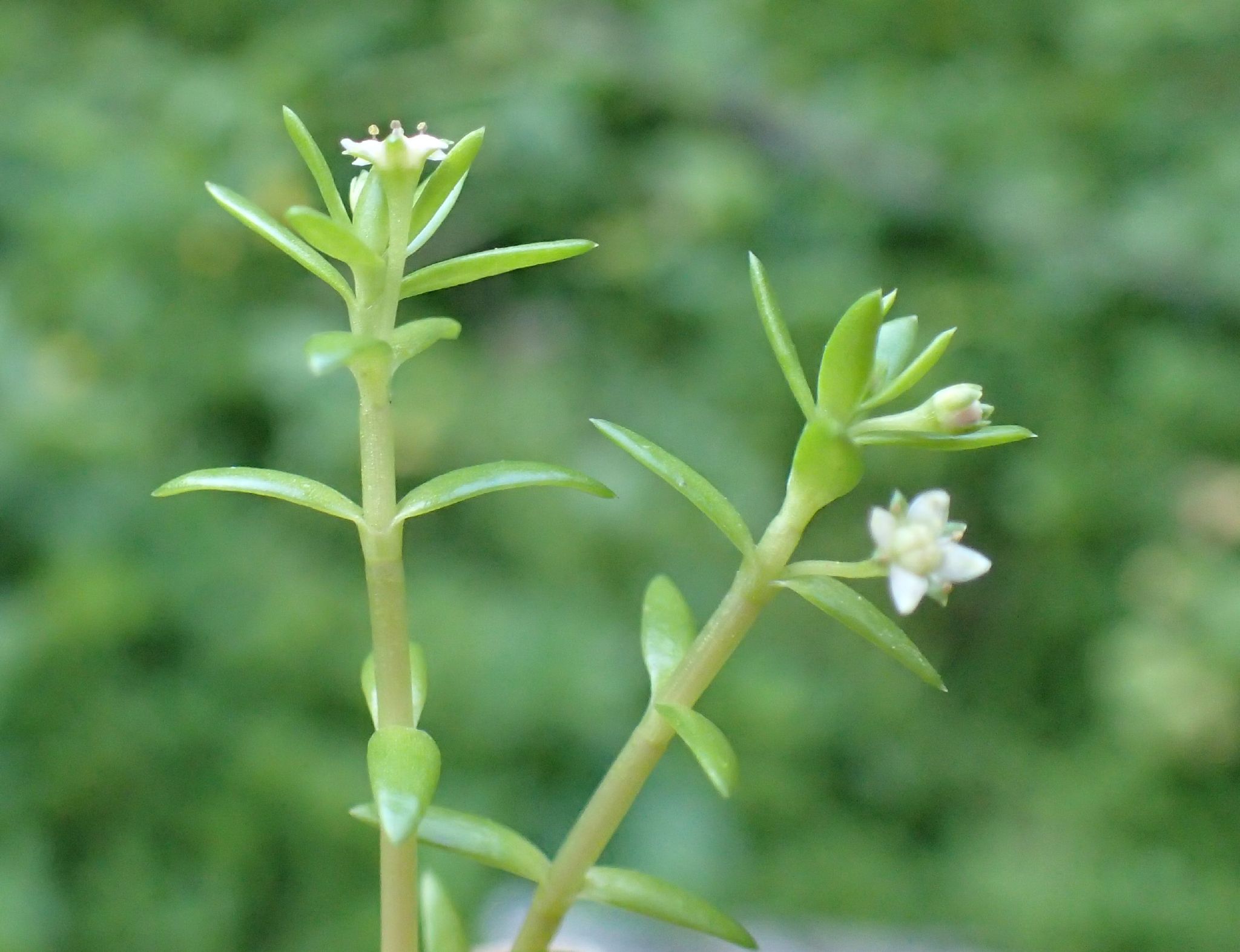 A hybrid between c. barbata and possibly c. orbiculata.