Classical Greek name from kyklos — circular, referring to the spiralling of the flower stalk in some species.

Perennial herbs with a tuberous rootstock. Leaves alternate, simple, mostly heart-shaped to roundish, long-stalked. Flowers solitary, nodding. Sepals 5-lobed and persistent on the fruit. Petals fused at the base into a short tube, the 5 lobes contorted in bud, reddish to mauve or white, often with a darker blotch at the mouth. Stamens 5, opposite the petal lobes; anthers fused to form a cone round the style. Fruit a roundish 5-chambered capsule splitting at the top into 5(7) teeth; seed numerous.

Most species should be cultivated in woodland-like conditions with C. graecum, C. persicum (commercial pot cyclamen) and C. rohlfsianum tolerating more sun. Tubers should be at least 2 cm below the surface.

Mostly by seed but also by tuber shoots.

The most commonly cultivated species are C. coum, C. hederifolium, C. persicum (the most widely grown and variable species with a range of size and colour forms popular with florists), C. pseudibericum and C. repandum. Most of these are illustrated. Descriptions of other species that may be obtained with a little effort are given . C. hederifolium gained popularity in the 1940s followed by C. persicum and C. coum in the 1950s. The following broad groupings of species according to their flowering season may assist with identification. 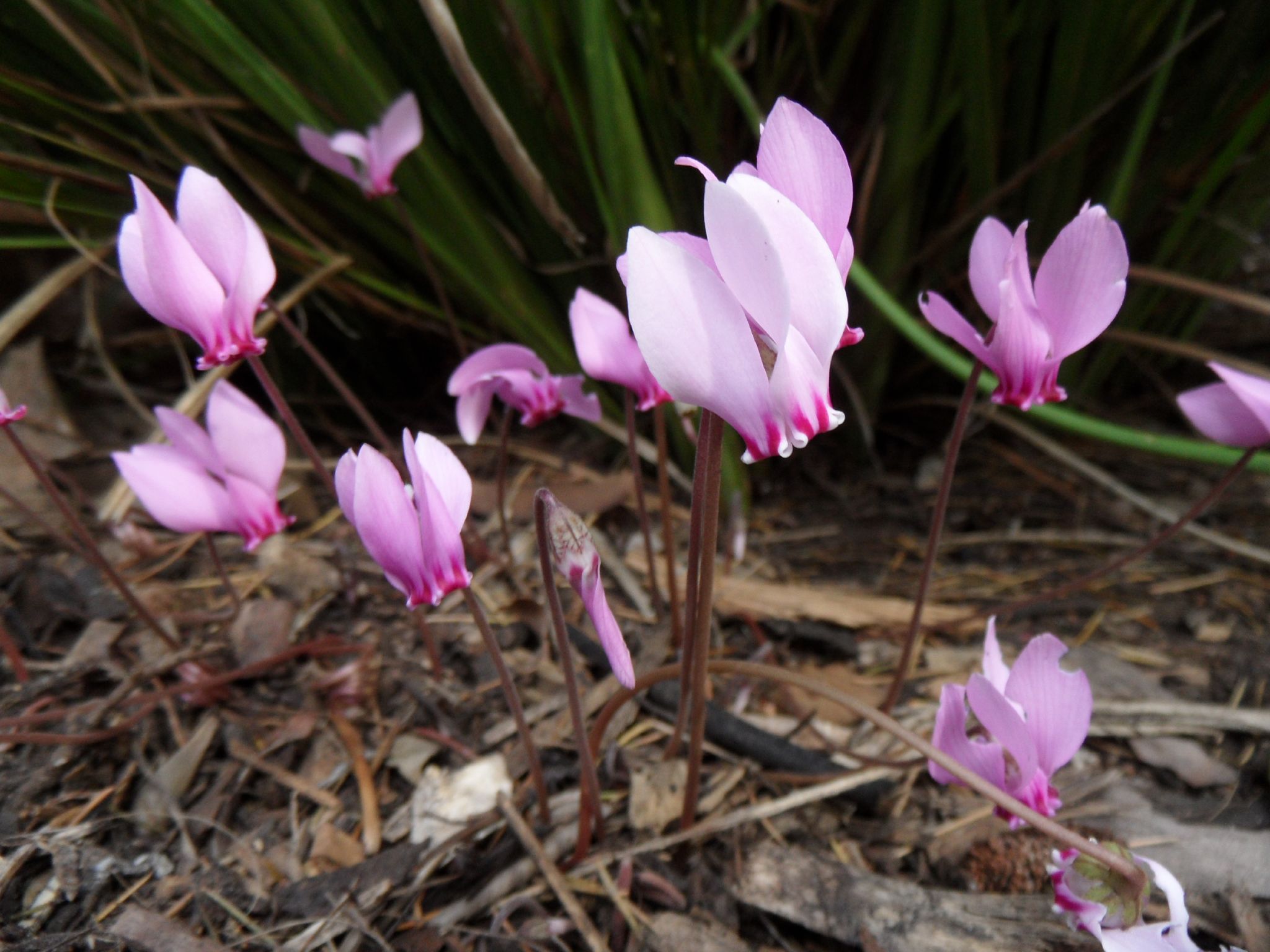