Greek leimon—meadow, referring to the meadow-like salt pans where these plants often grow.

Shrubs, subshrubs or occasionally annual herbs. Leaves entire or lobed and mostly in a basal rosette. Flowers in branched clusters or spikelets with scaly bracts. Within the terminal 3 bracts are small groups (spikelets) of 1-5 flowers. Sepals funnel-shaped, papery, often coloured, persistent. Petals fused at the base. Stamens joined to the base of the petals. Styles 5; mostly spring and summer. Fruit a small capsule enclosed in the persistent sepals.

L. dumosum is a name occasionally used but of no botanical standing.

Cut-flower everlastings generally known as Statice. Roots of some species used in tanning, others in fertility control.

The range of species offered by nurseries varies from year to year. The key should be used as a guide only; it includes several naturalised species and other rarely cultivated species that are not described in the text.

Key to the species of Limonium 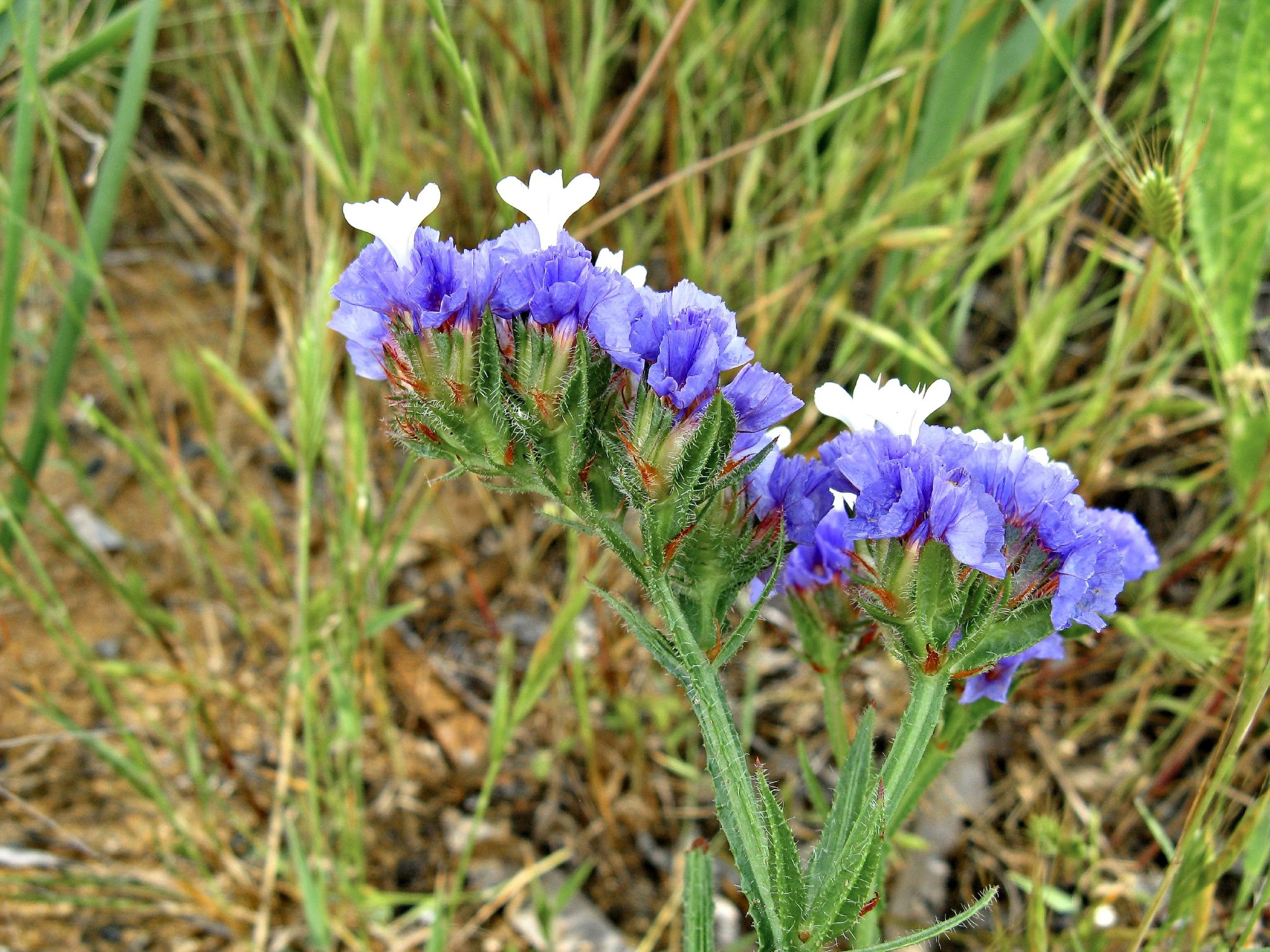