Ancient name for Spurrey which was originally part of the genus.

Annual or perennial herbs. Stems slender, erect or spreading. Leaves narrow and pointed to linear-lanceolate, slightly joined around the stem; stipules absent. Flowers terminal or axillary, small, stalked, solitary or a few in a cluster. Sepals and petals 4 or 5, white (occasionally absent). Styles 4 or 5; spring to summer. Fruit a capsule opening to the base by 4 valves; seeds numerous.

About 30 species from the temperate northern hemisphere.

Key to the species of Sagina 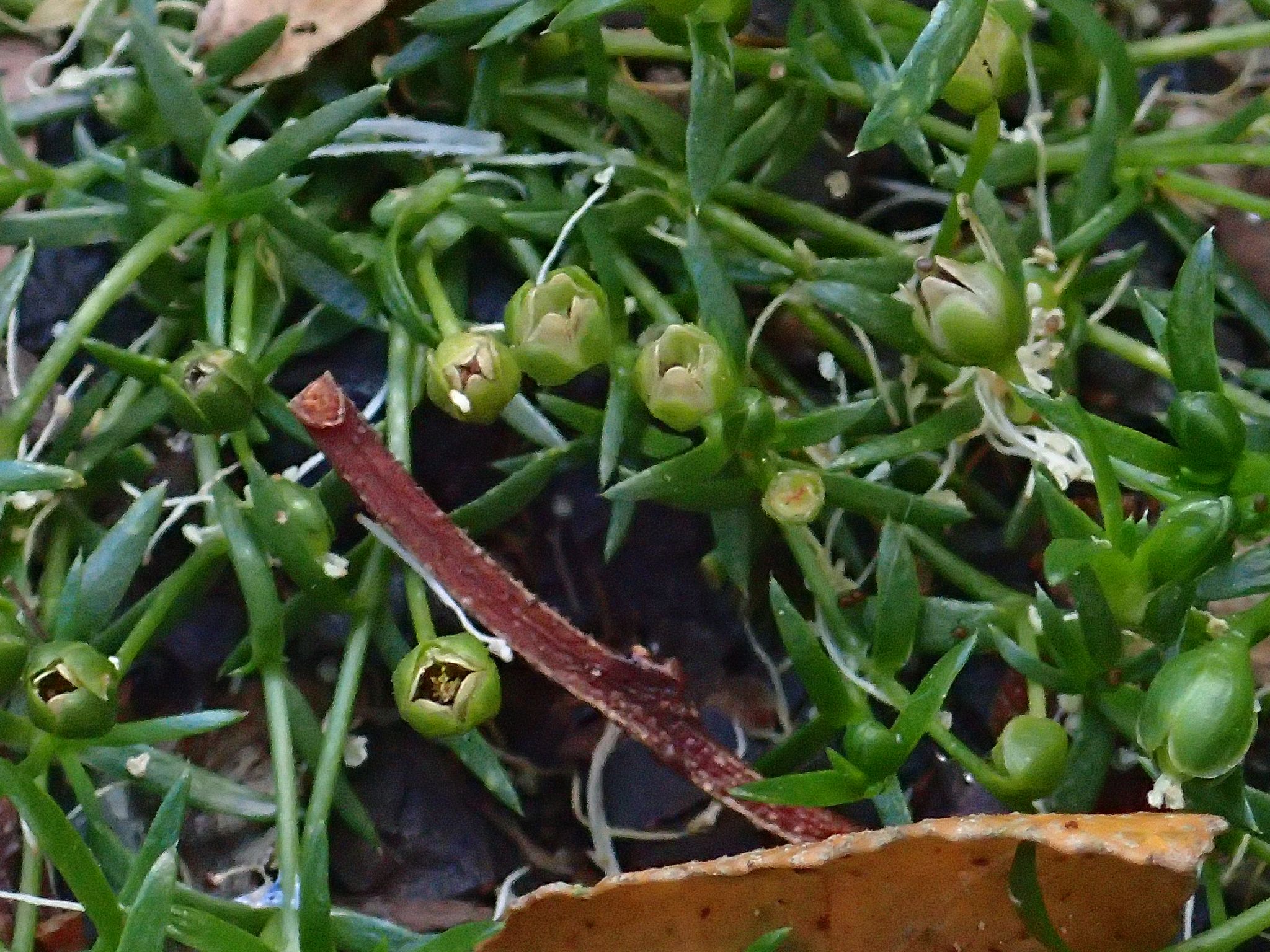