Deciduous trees or shrubs. Bark usually smooth, often white and papery. Branchlets generally with white dots and small resin glands (hand lens). Leaves alternate, stalked, ovate, toothed or lobed. Flowers of one sex and on the same tree. Male flowers with 2 stamens and a small perianth, formed in autumn and persistent as winter catkins. Female catkins at the end of branchlets, smaller than and below the males, 3 per bract (3-lobed). Fruit cone-like, cylindric to narrowly ovoid containing small, 2-winged nuts, breaking up at maturity.

Hybridisation between species is said to occur freely in this genus both in garden plants and in the wild.

Several unusual species are occasionally offered in nurseries, including the following: B. alleghaniensis Britton from E North America has translucent yellow to brownish bark and relatively narrow leaves. B. ermanii Cham. from E Asia has pinkish white bark. B. medwedewii Regel, a shrub from the Caucasus and Turkey, which has the appearance of an Alnus. B. nana L., a subarctic shrub, has roundish leaves to 2 cm long. B. nigra L., Black Birch from E USA has pinkish white bark but, unlike B. ermanii, has leaves that are waxy blue below; it is is grown near the Copland Building, Australian  National University Campus, Canberra.

Seed, rarely softwood cuttings and micropropagation; clones are grafted onto B. pendula.

There are 40 taxa at Mt Lofty Botanic Garden, Adelaide. The OPCA Betula Collection is held by Ian Powell and Tyrone Thomas of Anzac Road, Mt Macedon, Victoria and in 1992 it included 23 taxa. The Netherlands' State University of Utrecht developed a near-complete species collection in the 1970s and 80s and The Royal Botanic Gardens Edinburgh has a fine collection with many specimens collected from Asia by famous plant hunters.

About 35 species north temperate to arctic regions as a major component of woodland.

Key to the species of Betula 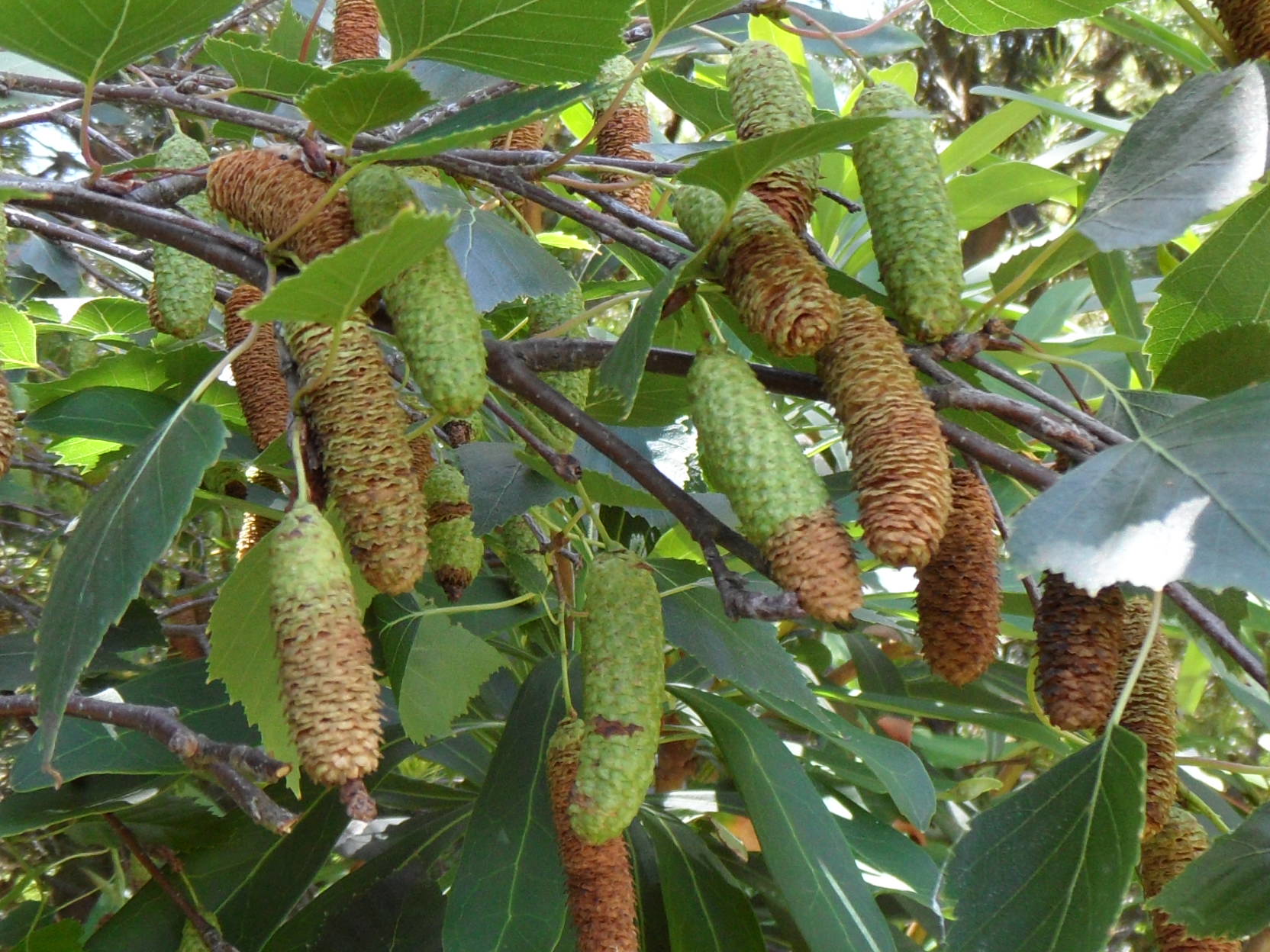