Deciduous broad-crowned tree to 20 m or more tall with the trunk dividing low down. Branches massive, widespreading. Bark grey and furrowed. Shoots hairless. Leaves deciduous, variable in size and shape, mostly 6-12 cm long, 6-8 cm wide, oblong to obovate, mostly eared at the base but occasionally rounded with 3-4(-7) shallow lobes on each side, larger near the tip, hairs sometimes few on the midrib below, dark green above, pale below; colouring yellowish in autumn. Leaf stalk 4-7 mm long. Acorns 2-4 cm long, oblong to ovoid, solitary or clustered on a common stalk 1.5-7 cm long; cup covering about one third. [Q. pedunculata Ehrh.]

Historically one of most widely planted oaks in SE Australia, with the possible exception of Q. palustris, Pin Oak, and Q. canariensis, Algerian Oak. Sometimes shows the tendency to spread nearby through seedling plants but not invasive.

Principal hardwood especially in the UK where it was once used for sailing ships, furniture, housing and charcoal; the acorns are eaten by pigs.

Leaves with mostly 3-5 lobes on each margin; acorns long-stalked (cf. Q. petraea). This species is extremely variable, sometimes having leaves that are 4-5 times the usual length. Identification is complicated by hybrids; those involving Q. canariensis usually have a greater number of shallower lobes, and acorns on shorter stalks; those involving Q. petraea have more or less stalkless acorns and slightly longer leaf stalks.

Q. lobata Née is very similar and occasional specimens may be encountered; its branchlets are persistently hairy into the 2nd year and leaves are hairy above and with more than 7 lobes on each side; the most obvious feature, however, are the long, narrow acorns (Dunrossil Drive, Canberra) and in Victoria at Castlemaine Botanical Gardens and Kyneton Botanic Gardens. 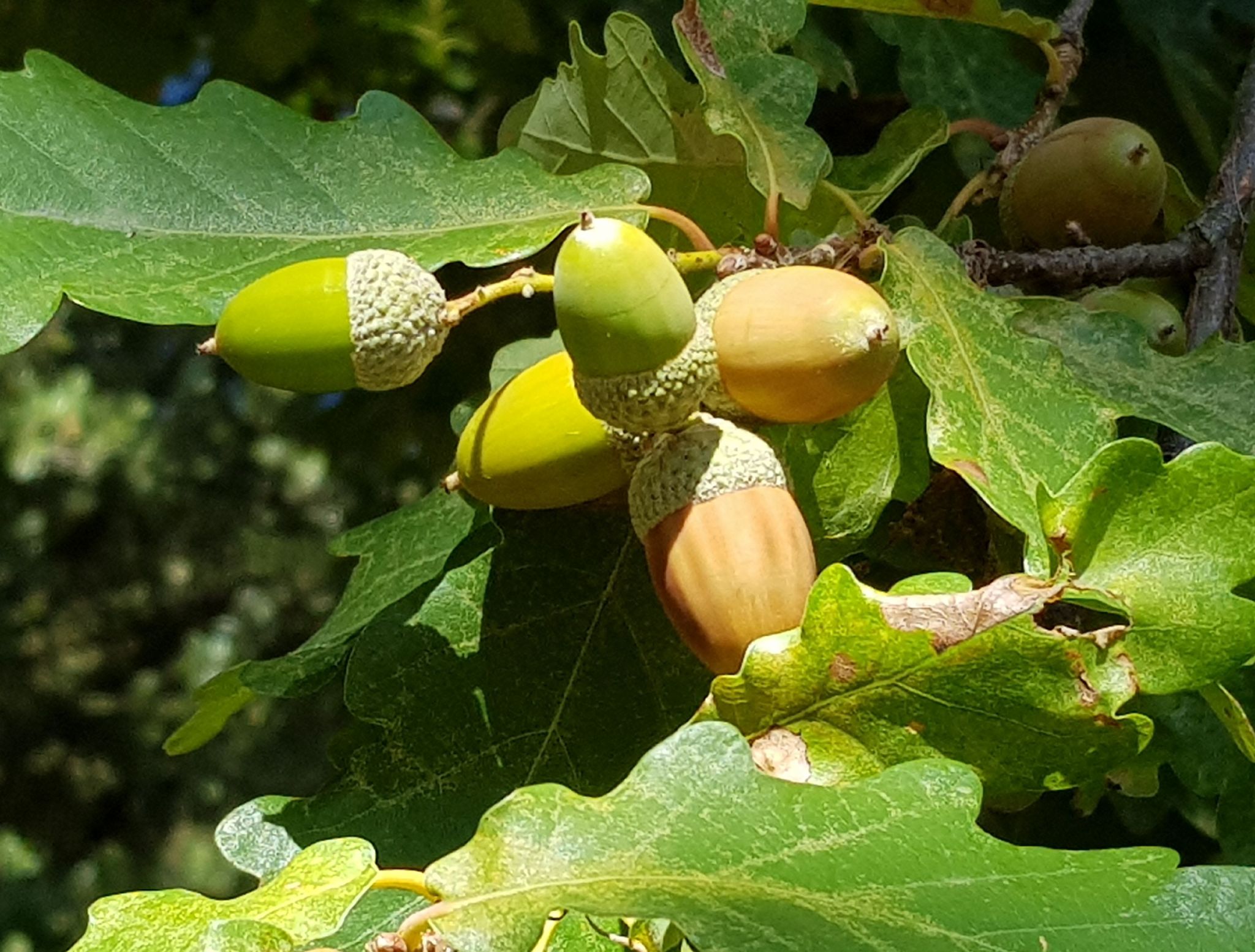 Possibly originating in France, available in van Geert's nursery, Belgium in 1843, England in 1868.

Tends to burn in hot sun.

Propagated by grafting or budding scions on Q. robur rootstock.

Leaves deep purple. Available in nurseries in Germany and Belgium before 1863.

Leaves cut into narrow lobes that are not quite cut to the midrib as in 'Filicifolia'. Available before 1870 in Europe.