Annual herb to over 1 m tall. Leaves to 30 cm long, unlobed to once pinnately lobed, mostly waxy blue, more or less hairless the upper ones stem-clasping, margin usually shallowly to deeply toothed. Flowers to 10 cm wide with a dark spot at the base, found in a range of colours, mostly white, pink, red or purple and often doubled and with laciniate petals; spring to summer. Capsule almost spherical, 2-5 cm wide, to 9 cm long, opening by pores to release the seed.

Opium Poppy can only be grown under licence. The double flowers of this illegal plant are extremely attractive, often grown as cottage garden plants and are reminiscent of the Tree Peony.

The subspecies setigerum (DC.) Corb., Small-flower Opium Poppy, is the most widespread as a naturalised plant; it has scattered stiff hairs on all parts, leaves deeply cut and acutely lobed, and capsules mostly less than 2 cm wide. The glabrous subsp. somniferum is the generally cultivated plant said to be weak in alkaloids. However, the distinctions between the 2 subspecies do not always hold up. It is naturalised in all states, noxious in the ACT and the whole state of NSW.

In N Tasmania commercial crops of Opium Poppy are grown by the company Glaxo Australia Pty Ltd and sent to Victoria where the alkaloid extracts of the capsule latex are used to produce morphine, codeine and other important drugs without synthetic counterparts. This species is also the source of heroin. Seeds are used on bread, for cooking and as birdseed; extracted oil is used in soaps, salad oils, artists' paints etc.

P. glaucum Boiss. & Haussk. has red petals with a black blotch at the base and capsules mostly 1.5 -2 cm wide. 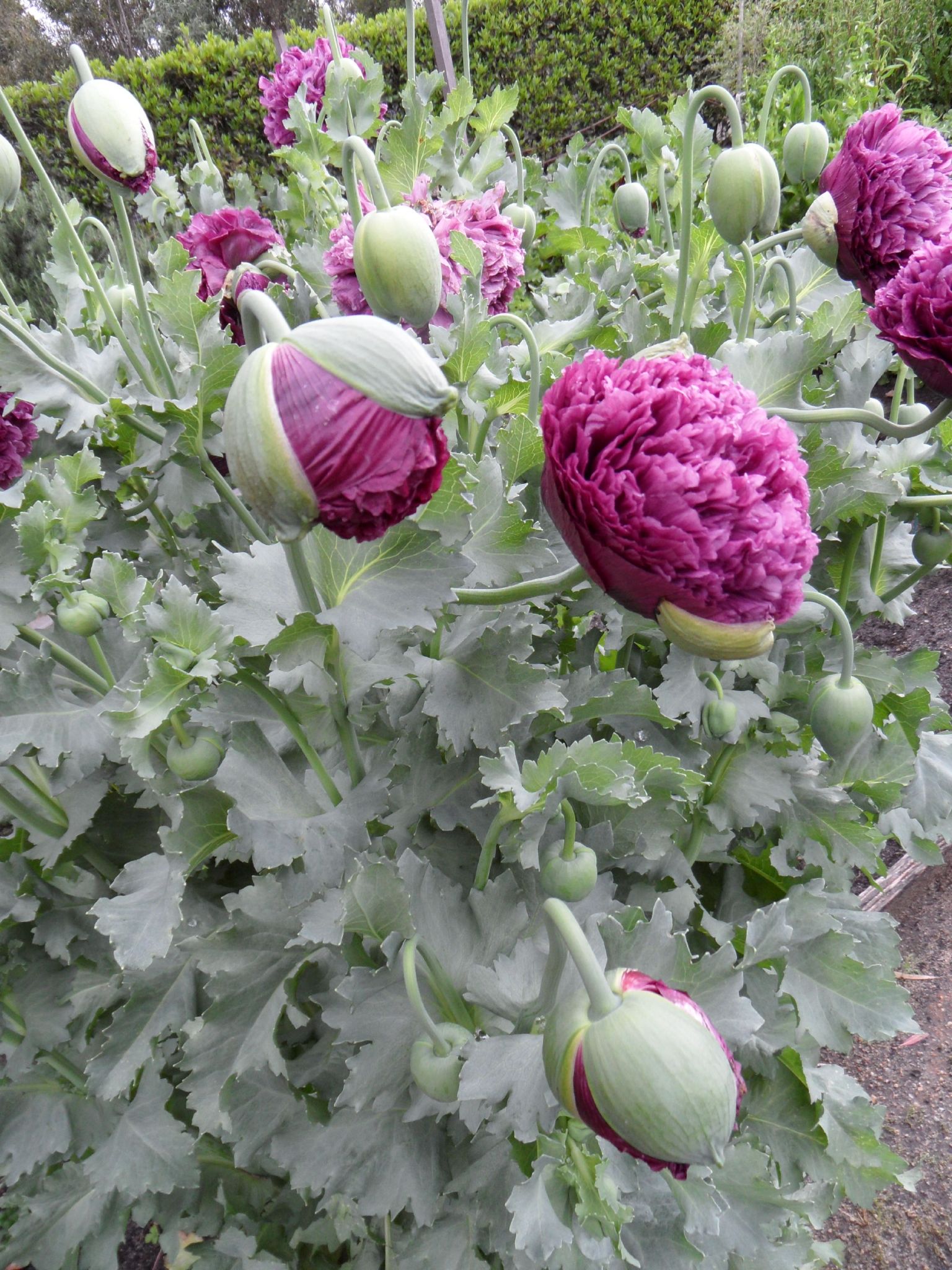