Annual or perennial herb with stiff stem occasionally to 1 m tall. Flowers yellow to orange (occasionally red or mauve); summer. Ovary with warty surface over much of its length. Fruit capsule long and narrow, to 30 cm long, prominent and horn-like, smooth.

Widely naturalised in other countries and other states of Australia but as yet not abundant in Victoria. Occasionally offered in nurseries for its attractive blue leaves and interesting fruits.

G. corniculatum Curtis is occasionally grown; it is an annual with rough, bristly capsules and mostly short-stalked red flowers among the leaves; it is also naturalised in a few places.

The seeds produce an oil that is used in the manufacture of soap and illuminants. 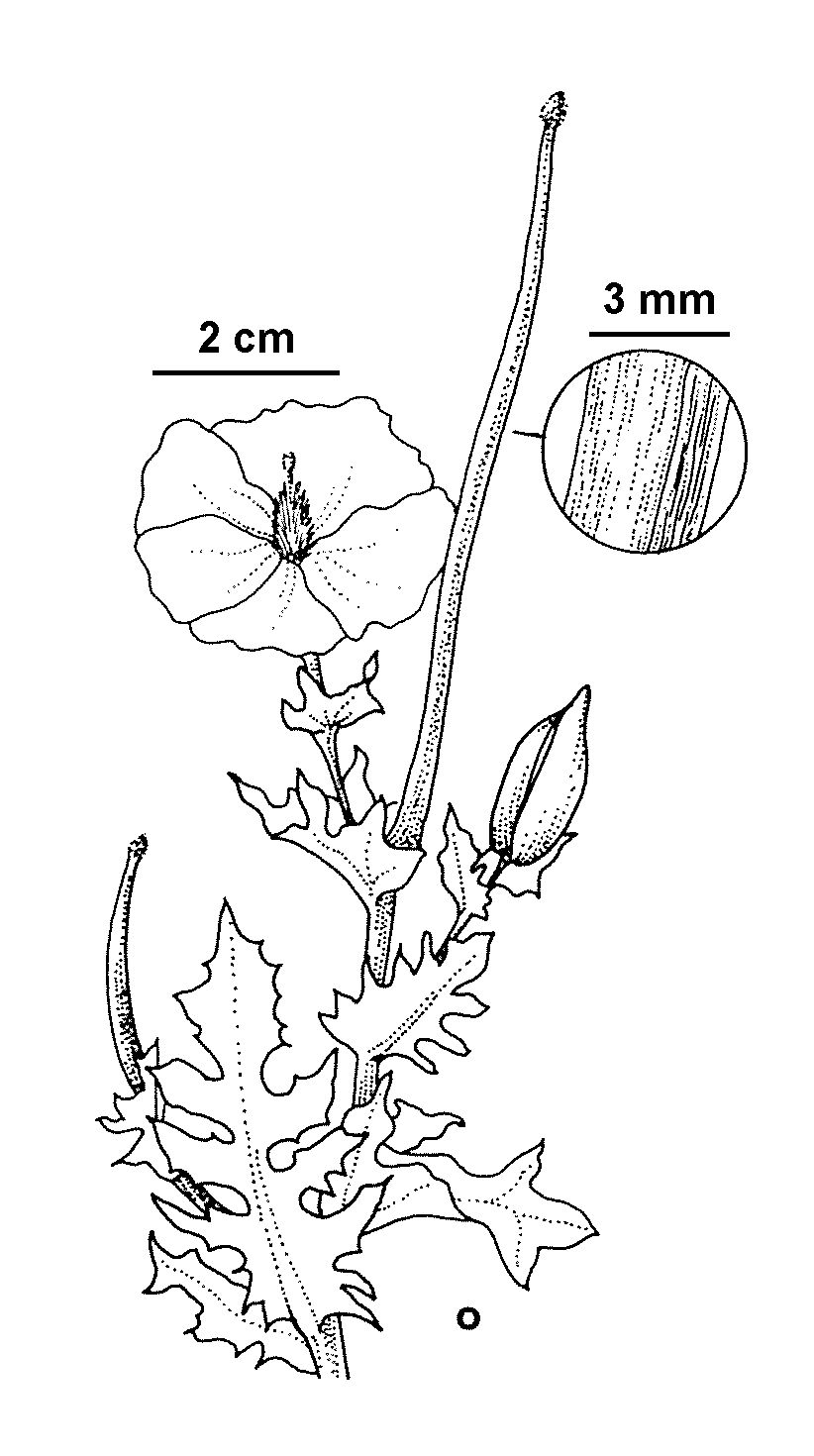