Medium to large and almost tree-like terrestrial ferns. Rhizome erect, often trunk-like, occasionally creeping, scales dark. Sterile and fertile fronds similar. Fronds evergreen, clustered in the crown, divided 1, 2 or rarely 3 times into large segments. Blades mostly broad, more or less triangular in outline, leathery or thin, often glossy or fleshy; veins mostly free. Stalks and midrib often prickly, grooved above, the grooves continuous with those of the branches. Sori in lines on both sides of the main vein of the ultimate segments. Indusia pale, membranous, joined to one side of the sorus.

This genus is sometimes treated broadly to include Athyrium (or some species formerly placed in that genus) so that Athyrium includes species with round or kidney-shaped sori and Diplazium those with elongate sori. However, this distinction is not clear-cut.

c. 350 species of tropical and temperate regions (8 species in Australia).

'V' shaped arrangement of sori on frond segments; groove of midrib continuous with that of the side branches, 'U' shaped in section; sori often paired back-to-back along the veins. 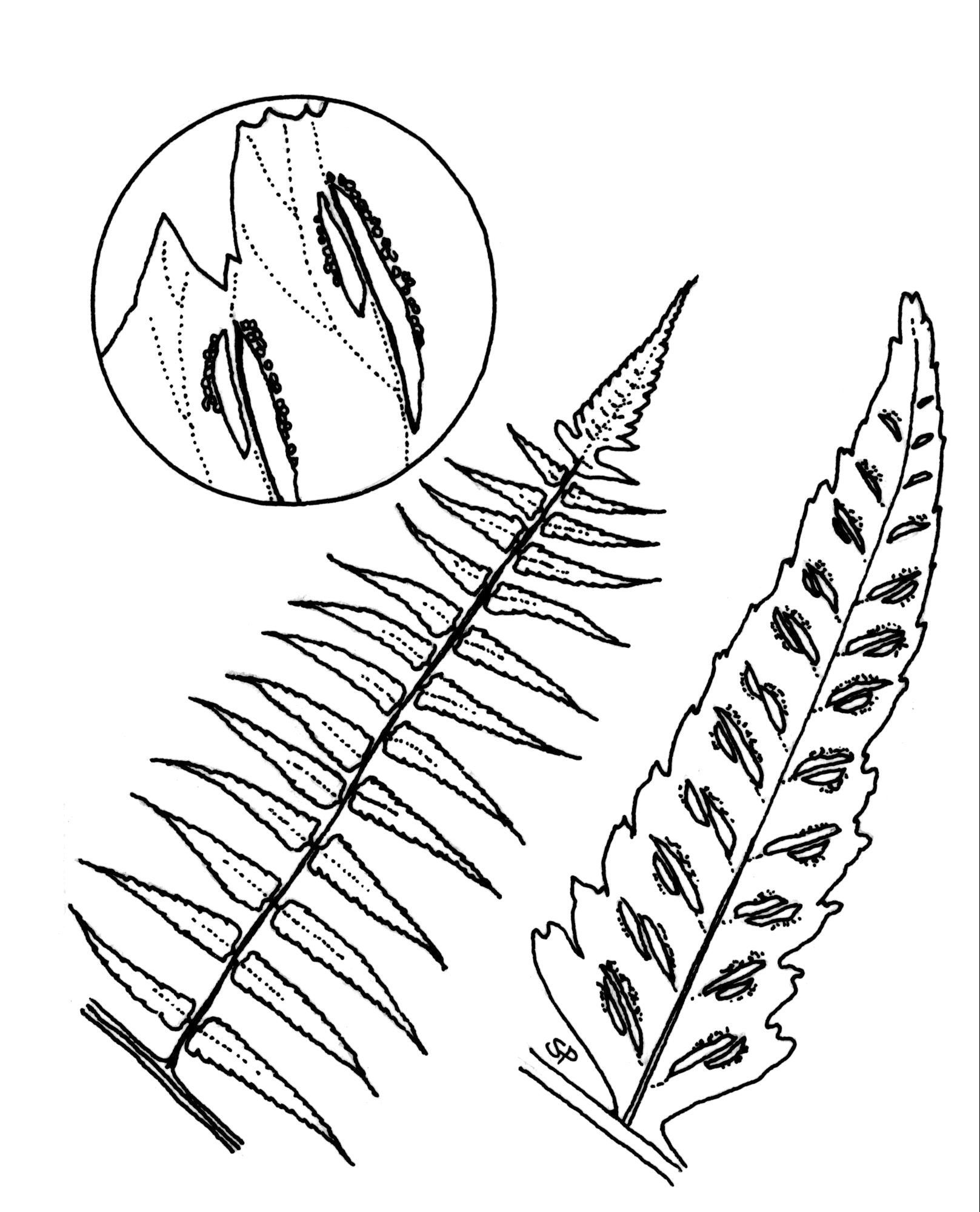