Rhizomes erect, branched, thick, with a dense covering of scales, occasionally forming short trunks. Sterile and fertile fronds similar. Fronds tufted, divided 2-3 times, scaly, deciduous, groove on upper surface of midrib and branches; veins free. Sori extending along one side of a vein and sometimes passing over it. Indusia attached to vein on one side and opening towards the midrib, 'j' shaped, 'u' shaped or round.

Groove of midrib and branches open and continuous.

Key to the species of Athyrium 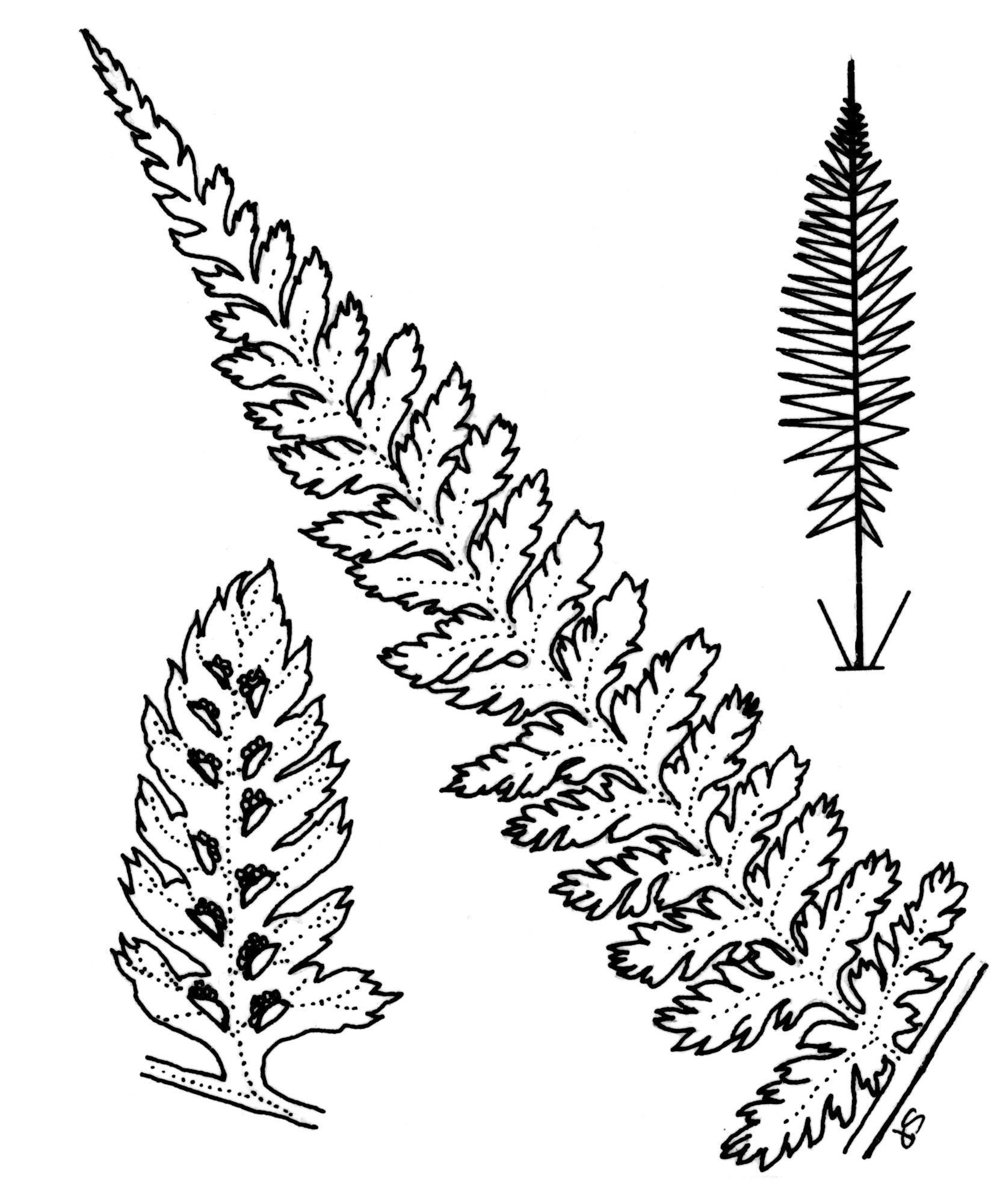