Tall-growing, evergreen tree. Trunk tapering from a buttressed base. Bark brown, fibrous, spongy and deeply furrowed. Branches often only in upper half of tree, drooping at the trunk. Leaves linear, needle-like with free tips up to 1 cm long, spirally arranged, overlapping, tapered to a point, attached by a flat base, sharp-pointed and persisting for about 4 years. Male and female cones on the same tree. Male cones terminal, to 1 cm wide in a late winter flush, July-Aug. Female cones solitary, 4-6 cm long, 2-3 cm wide, ovoid, red-brown, maturing in second year and persistent on the tree; scales 30-40 with woody tips. Seeds small and flat with a membranous wing.

One of the world's largest and longest lived trees achieving in the wild heights of 90 m and massive girths in excess of 10 m and ages c. 4000 years. The tallest living tree is the General Sharman in the Sequoia National Park, California at 83.8 m tall with a girth of 25.1 m in 1989.

A popular tree planted in Australian public parks and gardens in the 1860's and 1870's. It is not suited to the Australian climate where the long growing season, absence of humidity, hot, drying winds and uneven rainfall produces a die-back in the crown of large trees. Much less tolerant of shade than the Coast Redwood. The most successful specimens may be seen in Tasmania where it grows well and is widely planted in old parks and public areas.

California. Grows naturally in inland California at high altitude on the western slopes of the Sierra Nevada alt. c. 1500-3000 m. At this altitude there is an even rainfall, high humidity and the growing tip is constantly bathed in cloud: there is snow for 3-6 months of the year and with temperatures often below zero the growing season is very short. 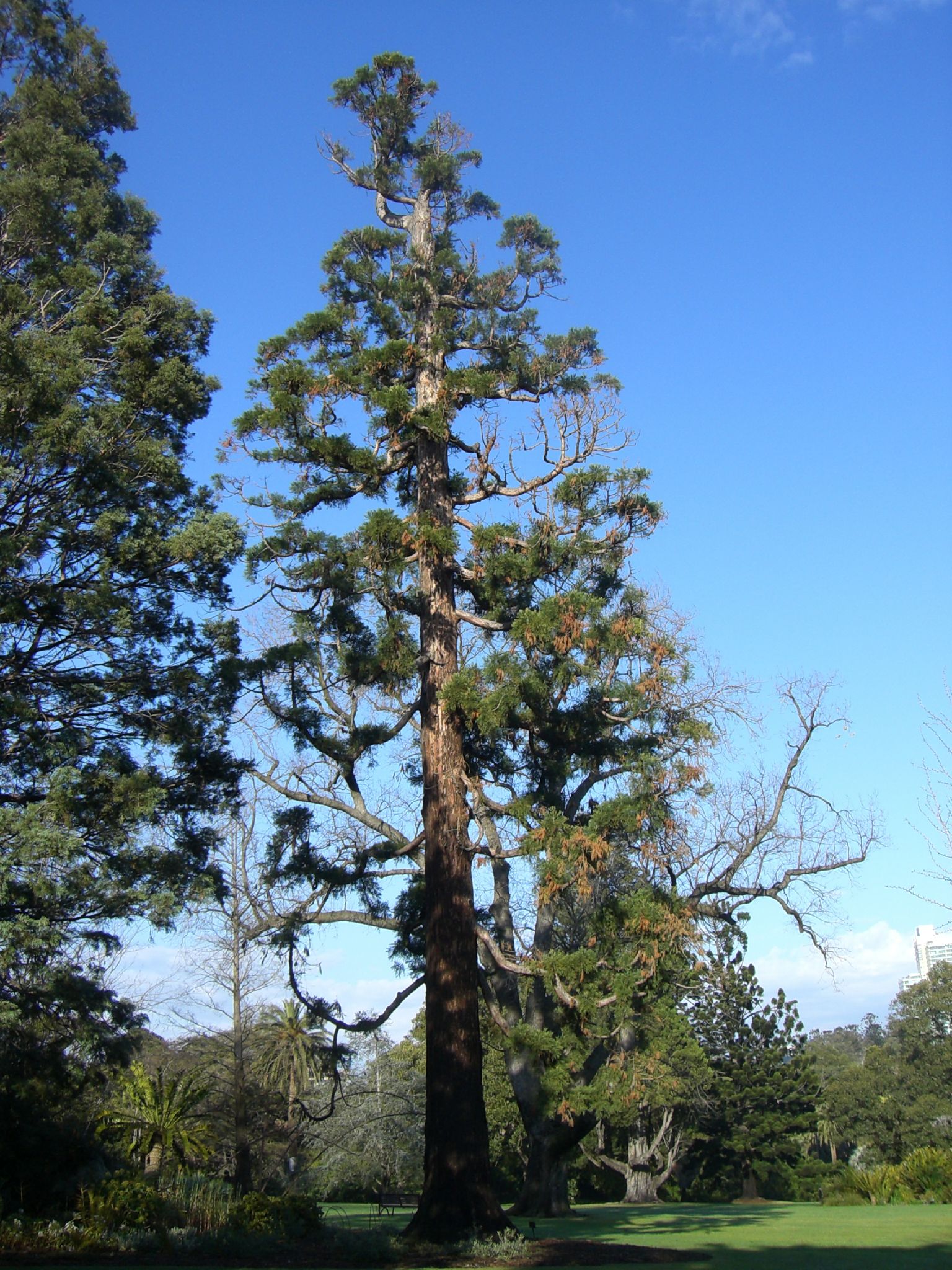