Massive, tall, conical to narrow-conical evergreen tree. Trunk tapering from basal buttress, the lower third to half often without branches on older trees. Bark red-brown, fibrous and spongy. Branches drooping. Leaves on lateral branchlets 1-2.5 cm long, two-ranked, linear to narrow-lanceolate, pointed, with two pale bands beneath; on fertile shoots and leaders they are smaller, in several ranks, close to the stem and with an incurved point. Male and female cones on the same tree. Male cones axillary, terminal, stalked, over the whole canopy (July)-Oct.-Nov. Female cones solitary, terminal, pendulous, c. 2.5 cm long, ripening in the first year and persistent after the seeds are shed; scales 15-20, leathery, wrinkled, shield-like, each with 3-7 ovules. Seeds with 2 wings, Oct.-Nov.

This is the tallest of all trees, attaining a height of c. 100 m. The tallest living specimen, which is the tallest living tree in the world, is in the Redwood National Park, California, USA: it was 113.7 m tall in 1990. Together with Pinus canariensis and Taxus species this is one of the few conifers that will re-shoot from mature wood.

Western North America (coastal highlands). Grows naturally along the coast, below alt. 1000 m, usually in areas protected from winds and where ocean fogs occur by streams and in deep gullies. Because of its natural ecology growth is best in cool, moist, sheltered localities with good rainfall and high humidity. Naturalised on the North Island of New Zealand. 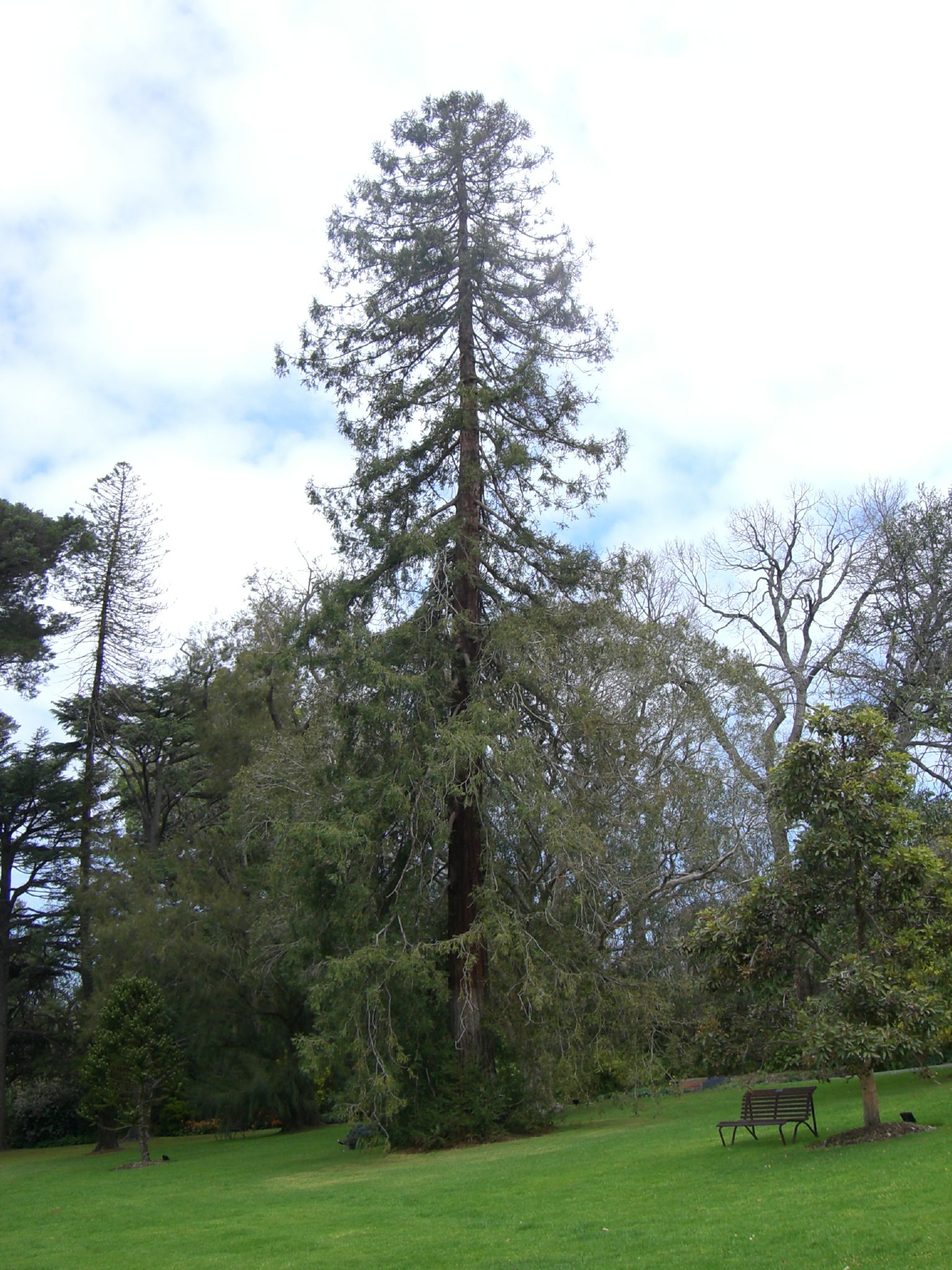