New Zealand where it occurs naturally in lowland forest.

Phyllocladus glaucus Carr., Toatoa, also from New Zealand is similar but has 10-20, not 2-3, fertile scales in its cones which are in short heads at the base of the phylloclades rather than on their margins: it is occasionally offered in the trade. 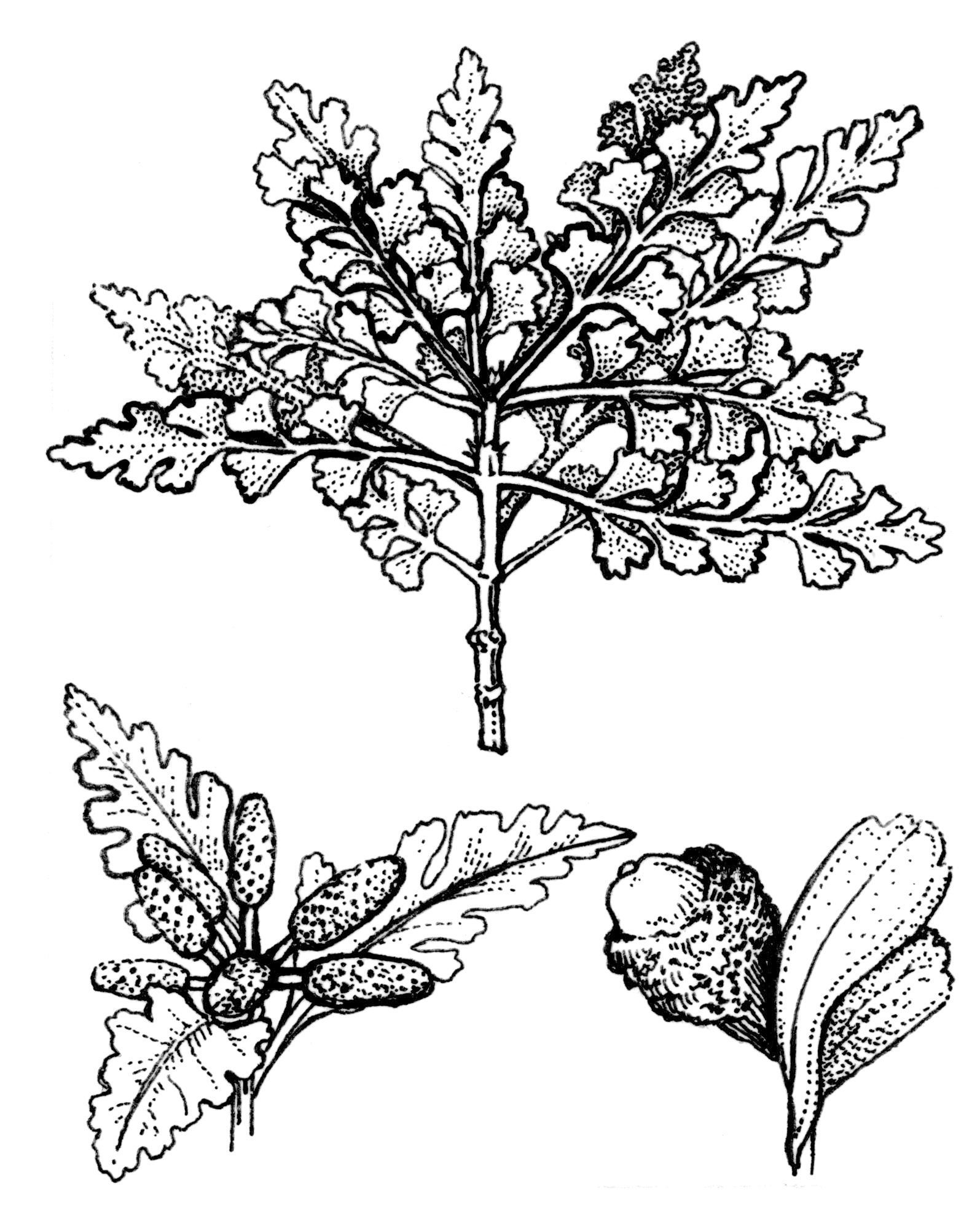