Naturalised in South Australia and on the North and South Islands of New Zealand.

W North America where it grows naturally in coniferous forest on the lower mountain slopes and in valleys; the most widespread species of pine in western North America and growing in a variety of soils.

var. scopulorum (Engelm.) E. Murr. from the Rocky Mountains of Colorado and New Mexico, to the Black Hills of Dakota has smaller cones and needles often in 2's. Rarely cultivated. 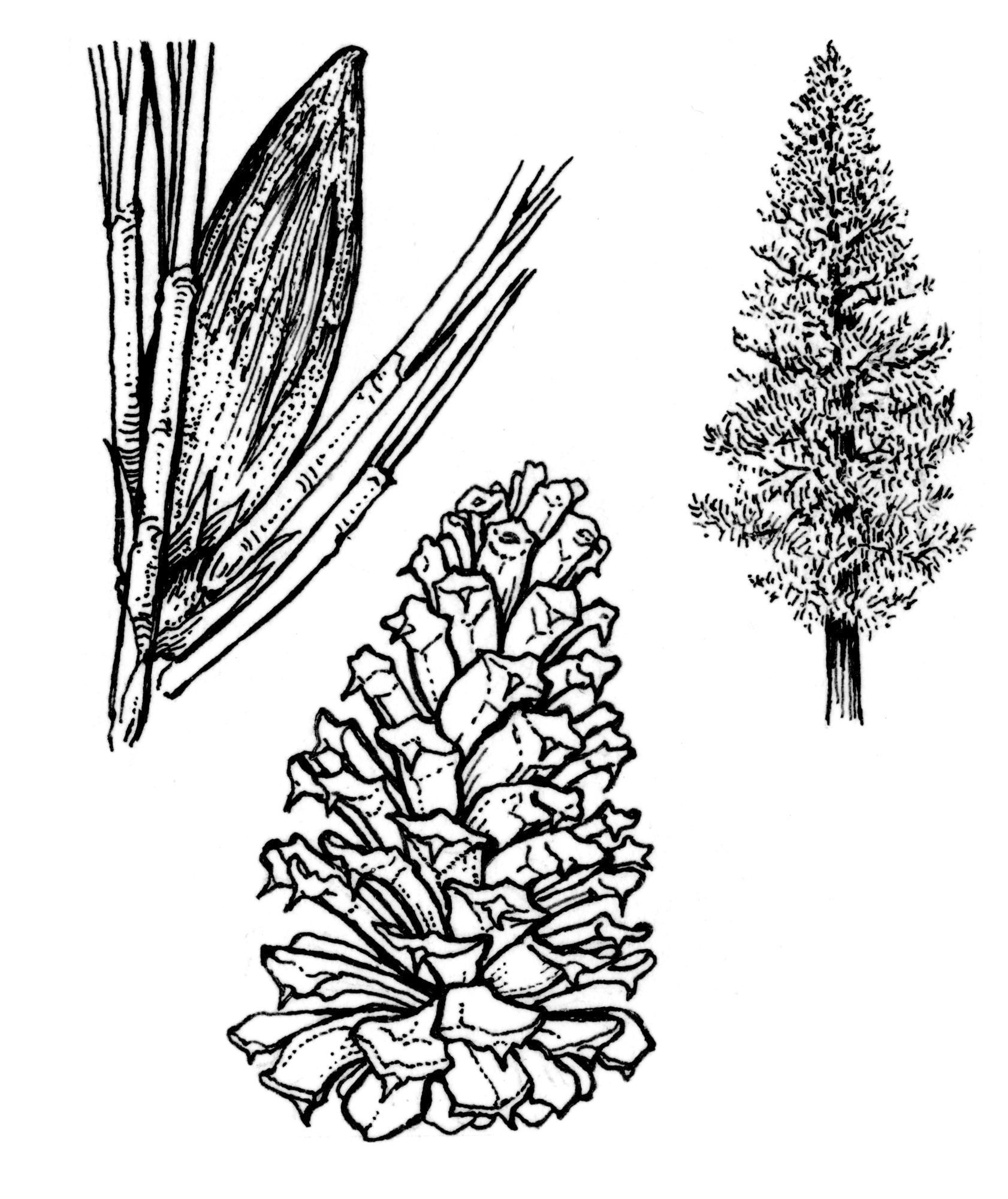