Grows naturally in scattered populations in poor soil along coastal California adjacent to its close relative P. radiata. Quite rare in cultivation in Australia. Naturalised on the North Island of New Zealand.

Cones persistent, generally remaining closed, asymmetrical, the tips of scales generally having prickly, swollen knobs on one side of the cone. 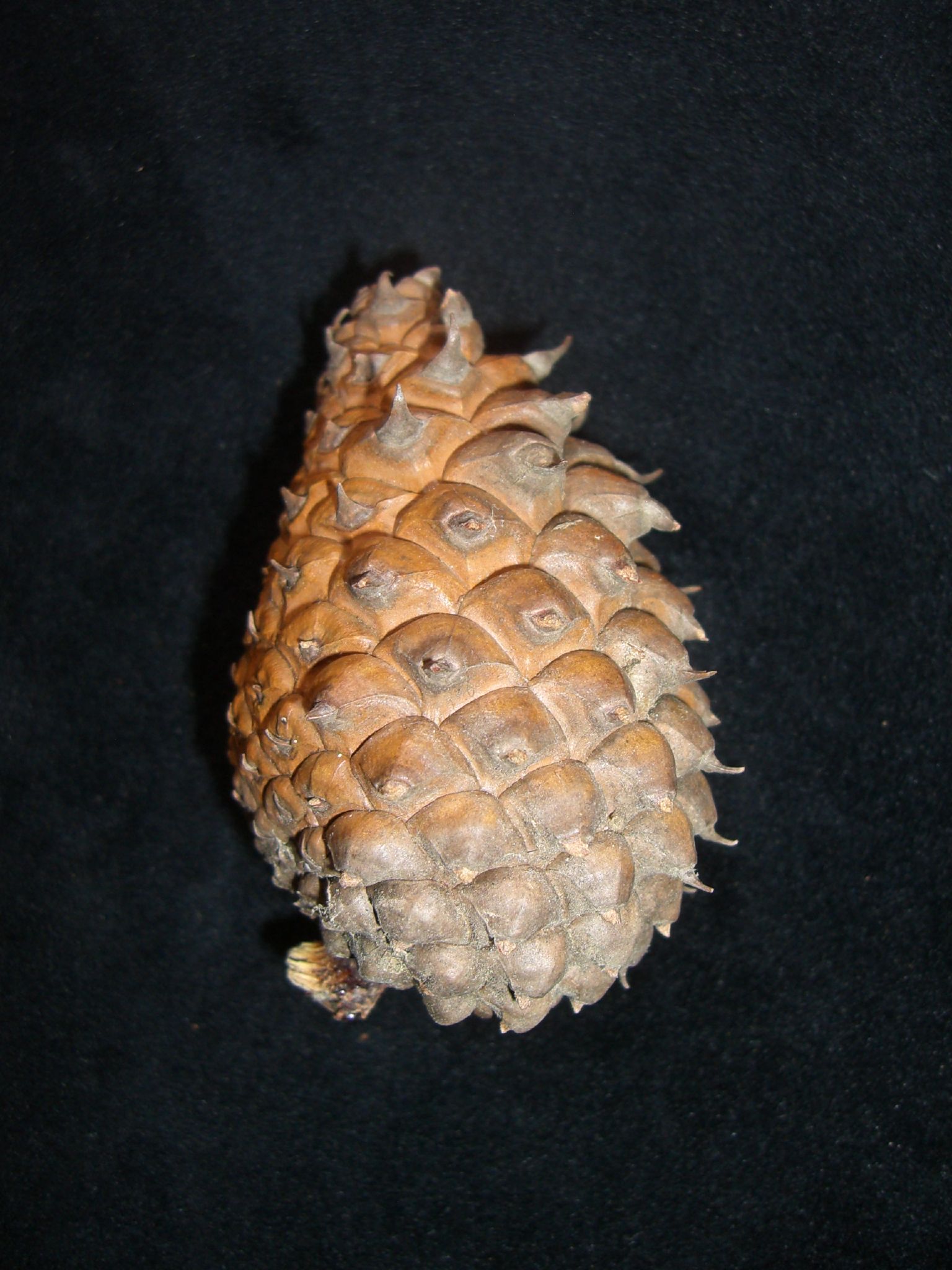