The spelling of the specific epithet with a single 'i' follows the rules of Latin grammar for the genitive case. The rarely grown Cedrus libani A. Rich. subsp. brevifolia (Hook. f.) Meikle is very similar but differs in having very short leaves less than 1.5 cm long, downy branchlets and cones tapered to the base and narrowed at the tip to a nipple-like point. It is occasionally offered in the trade and often grows naturally at altitude c. 1000-1500 m.

Trunk mostly divided low down; foliage layered; twigs hairless; cones more than 9 cm long; cf. C. atlantica. Cedrus libani and C. atlantica are sometimes difficult to distinguish as adult trees because their leaf colours are often similar and their characteristic habits may be assumed by the other species; they are known to intergrade in the wild. 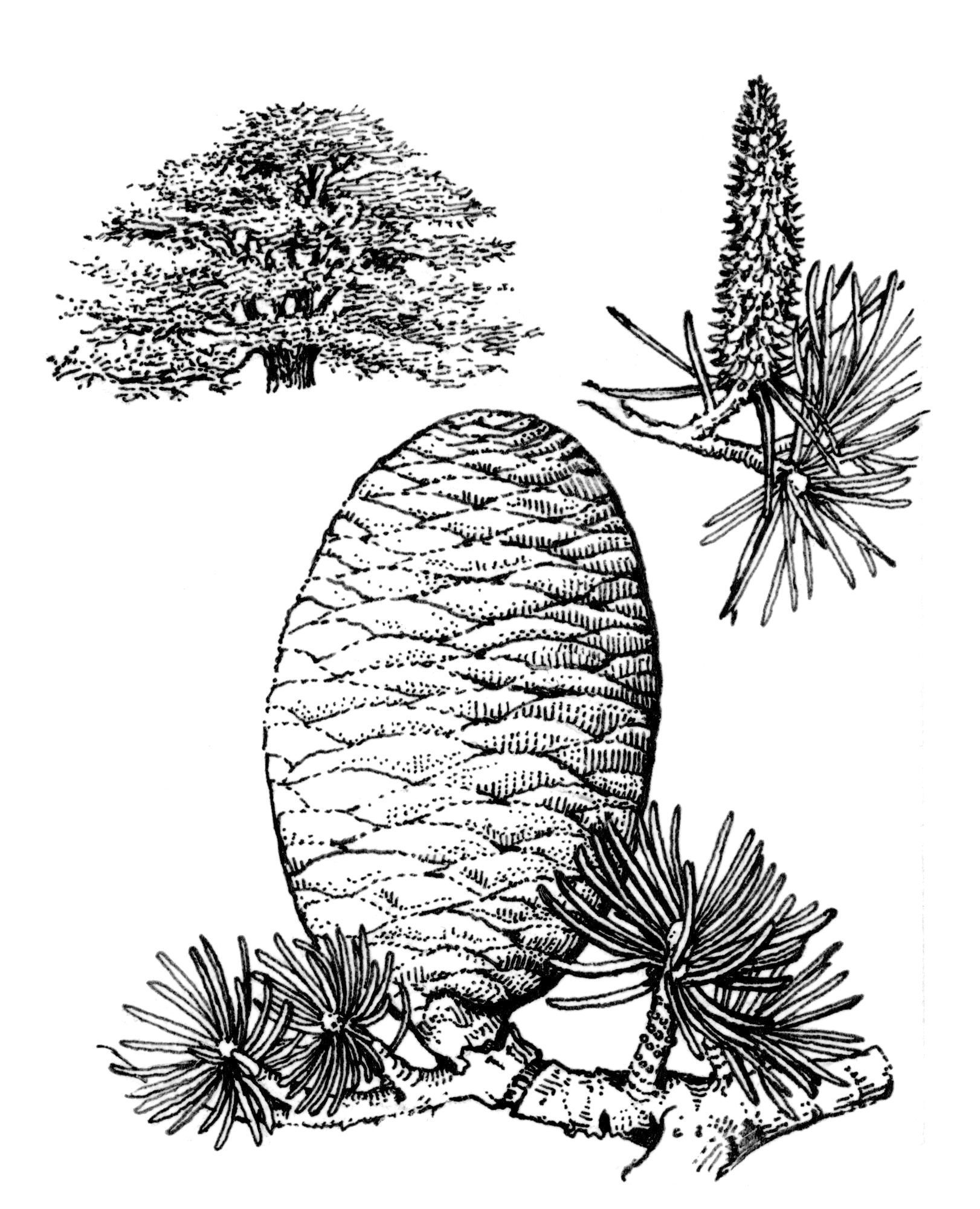 Foliage pendulous. An old cultivar originating from the UK.

Dwarf, shrubby, slow-growing, the branches eventually hanging downwards. Arnold Arboretum, USA. subsp. stenocoma O. Schwarz is said to be conical at first, becoming columnar and flat-topped, also intermediate in leaf and cone sizes between typical c. libani and c. atlantica. However, recent research on the floras of Cyprus and Turkey refer to this distinction as unclear and therefore of doubtful value.